Ricky Ray on Jason Maas: ‘You always knew…he was going to be a good coach’ 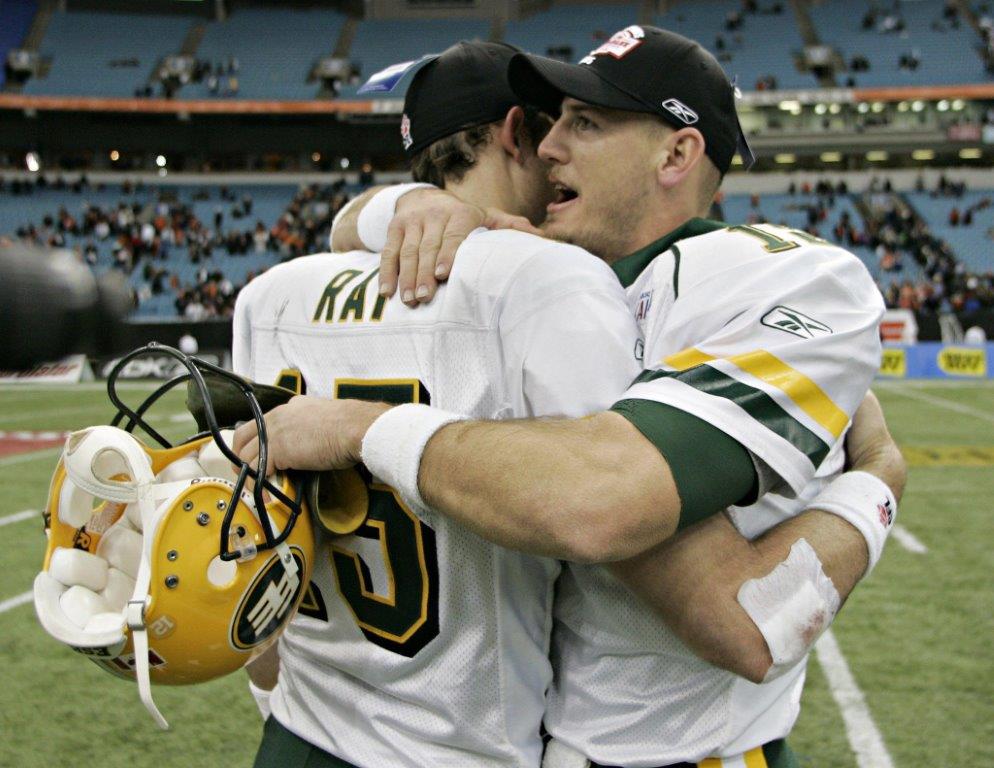 Ricky Ray on Jason Maas: ‘You always knew…he was going to be a good coach’

“You always knew that Jason, if he was going to stay in football, was going to be a good coach because of the way he approached the game (as a player),” Ray said from his home in Redding, California. “He was always coming up with ideas, thinking of plays, breaking down film, and coming up with ideas that would work against certain defences. So, he had that in his mind on how to kind of see it from a coach’s perspective. He wasn’t just a player that showed up and did what the coaches told him. He was more cerebral in the sense that he could see things from the coach’s perspective. You knew that some day he was probably going to get into coaching, and he was going to be pretty good at it.”

Even though he took over the starting job from Maas with the Eskimos in 2002, the two maintained a great relationship. Their ability to connect on and off the field gave the Esks a great one-two punch at the most important position in sports, and it also allowed the organization to have great success.

“When people look back at the Grey Cups we won, everyone will talk about Ricky Ray and rightfully so. He’s a hall-of-famer,” Als GM Danny Maciocia said during a news conference in December. “Without Jason Maas, we don’t win those two Grey Cups. He was a leader on and off the field. The speeches he’d give in the locker room, and the fact that he was able to rally the guys in the room helped us a lot. He’s a person who can bring everybody together.”

Edmonton went to the Grey Cup three times during a four-year span. They dropped a close decision to the Alouettes in that first appearance in 2002, but they won the other two matchups against Montreal in 2003 and 2005. Ray was the starter, Maas was the backup quarterback, and Maciocia was offensive coordinator (2003) and head coach (2005).

Naturally, when Maciocia was looking for a head coach, he picked up the phone and called Ray to pick his brain on the potential hiring of Maas.

“Danny reached out to me and just asked me some questions about Jason,” Ray said when asked about that conversation with the Alouettes general manager. “We had a good conversation. Obviously, Danny and I go back a long way as well. We spent a lot of time together, so we were able to talk through some things.”

The Alouettes new head coach is known for being fiery, honest and fair. The 47-year-old admitted that he’s given a lot of thought to his approach since he was let go by Edmonton in 2020, but being authentic is something that isn’t negotiable. It’s also one of the things Ray appreciates about Maas.

“I felt like I could talk to him like we were teammates,” Ray said of Maas becoming one of his coaches. “That’s what I always appreciated about Jason. You could always talk to him and have him give you an honest take on what’s going on. That’s what I think guys appreciate playing for Jason. He is so honest, and he’ll tell you the truth. Sometimes as players, you don’t always want to hear the truth (laughs), but it’s good to hear it. I think guys really respect that. I know I did.

“When you get to know him, you know he’s very passionate. He shows you his emotions. I think you really respect that out of him because you’re getting his raw, real emotions. None of it is fake. You also have to be able to manage that too and maybe not take it so far and being a little more stoic in certain periods. I’m sure he’s learned a lot of that throughout his career, whether it was playing or coaching.”