‘Dependable and reliable’ Caron emerges as important leader for Alouettes 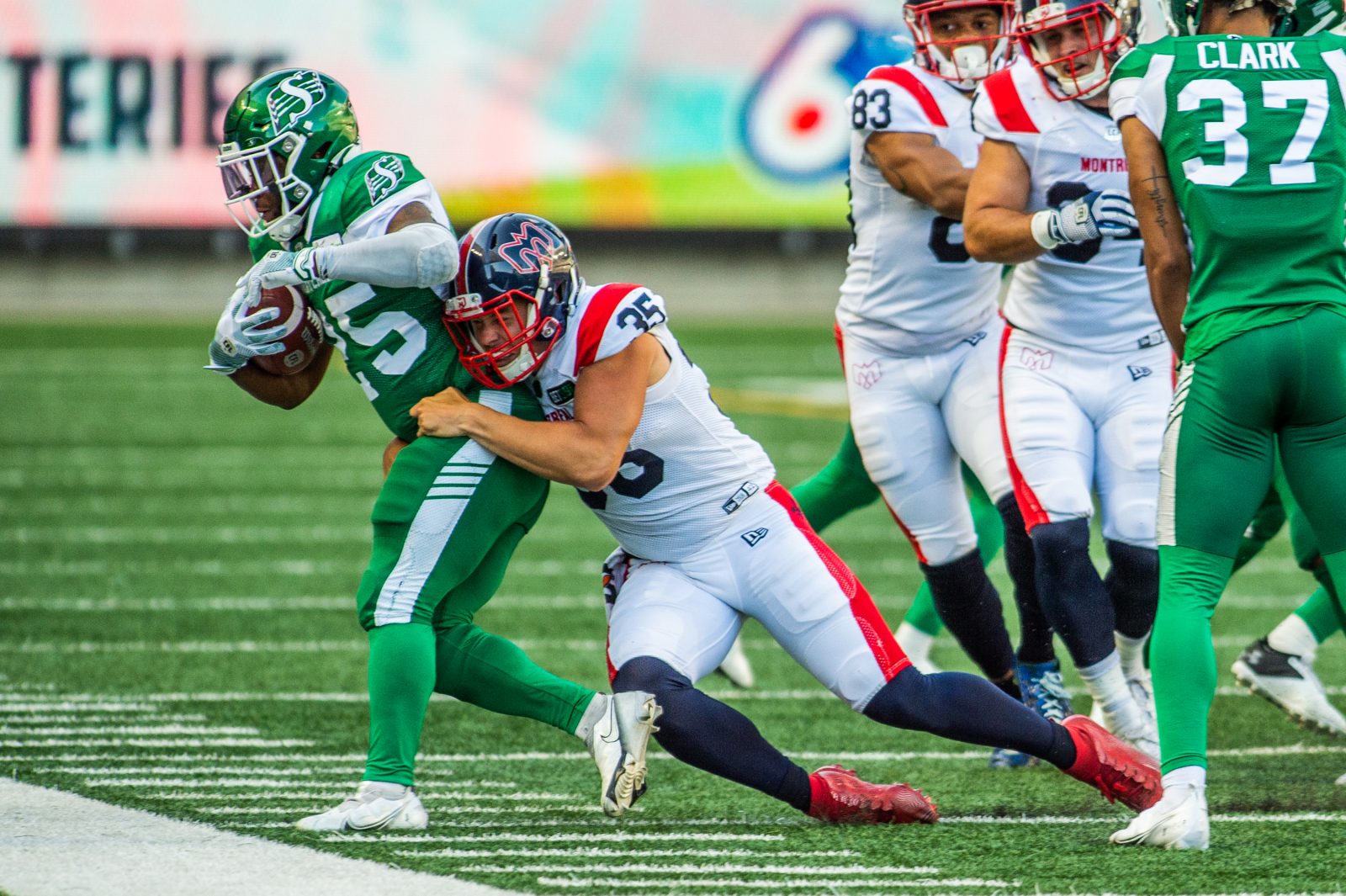 ‘Dependable and reliable’ Caron emerges as important leader for Alouettes

Long-snapping isn’t the most glamorous job on a football team, but it’s one of those positions you typically notice when things go wrong. When everything is smooth and a kicker nails a field goal, the kicker gets the credit. When the snaps are off, there’s nowhere for the long snapper to hide. He’s on his own. Having a reliable long snapper is important, and the Alouettes recognize that.

On Wednesday, the team announced that they had re-signed veteran Pierre-Luc Caron to a two-year deal. He signed with the Als as a free agent from Calgary prior to the 2021 campaign.

Caron missed 10 games in 2021 with a torn pectoral, but he was able to play in every game in 2022. How often did you notice the long snapper this year? Probably not that often, which means Caron did his job at a high level.

“I had a good season,” Caron said Wednesday morning. “I think my performance is reflected in the success that our kickers had. (Punter) Joseph Zema and (kicker) David Cote both had excellent season, so I look at it as a job well done for me.”

A lot of long snappers simply snap the ball and run down the field to try to chase the opposing kick-returner down. What makes Caron different is his ability to protect on punts as well. He’s a capable blocker, which special teams coordinator Byron Archambault appreciates.

“Being able to trust your long snapper to long snap is one thing, to trust him in protection is another. He is very efficient at both. He does a great job at both those things. He goes down (the field) and covers. He’s a guy that puts in the time, he puts in the hours. He’s a reliable guy and a dependable guy. Those are two words that need to be used when describing him. He’s dependable and reliable.”

The former Laval Rouge et Or product admitted that he doesn’t see himself as one of the key leaders on the team, but his credentials tell a different story. During his four years in Calgary, he won and lost a Grey Cup, which gives him championship experience. He’s also one of 10 players on the Alouettes’ leadership committee, and he’s the co-founder of the team’s breakfast club.

The breakfast club is made up of a dozen people who are involved on special teams. These people meet in Archambault’s office every morning during the season at 8 a.m. (the players are asked to show up at 9 a.m.). It’s totally voluntary, too. Most of the time, players will bring their breakfast into the room and they’ll either watch special teams film or they’ll just talk about anything and everything.

Once per week, on Day 4 (day before games), someone will bring in a snack for the entire group. For example, many people within the club rave about linebacker Frederic Chagnon’s homemade cinnamon rolls.

“When I arrived in Montreal, we had a good group of veterans on special teams,” Caron said. “We had never really played together though. I think of like Chagnon, Alexandre Gagne, Kerfalla Exume…We had a good group of guys, but we had to get to know each other a little better. I played against Byron (Archambault), but I never played with him or was coached by him. We had to find a way to make a connection and to bond. I told myself that it was a good idea to start the day with the breakfast club. We don’t just talk about football; we also talk about our lives. That’s how we became close.”

If we break down some of the individual numbers on special teams, you’ll see that the Alouettes are above league average in most categories.

Those stats are nice, but they’re especially impressive when you consider how much the unit struggled in 2021. Nobody can link all the unit’s success to the creation of the breakfast club, but it certainly looks like it helped create chemistry within the group.

Caron, who could have become a free agent on February 14th, didn’t want to bother exploring the open market. He’s enjoying life in his own province and he’s happy with the relationships he’s built within the organization.

“The Als are the team I grew up cheering for,” Caron admitted. “I really didn’t want to move. My girlfriend and I recently bought a home, so it would’ve been tough to leave (laughs). When we were in the playoffs, especially leading up to the Eastern Final, I thought back to all those times that I was a young fan coming to a playoff game at Olympic Stadium. It was special for me because now I’m the one playing in these big games. I won a Grey Cup, I lost a Grey Cup, but wearing that Alouettes jersey will always be special. I wanted to come back.”