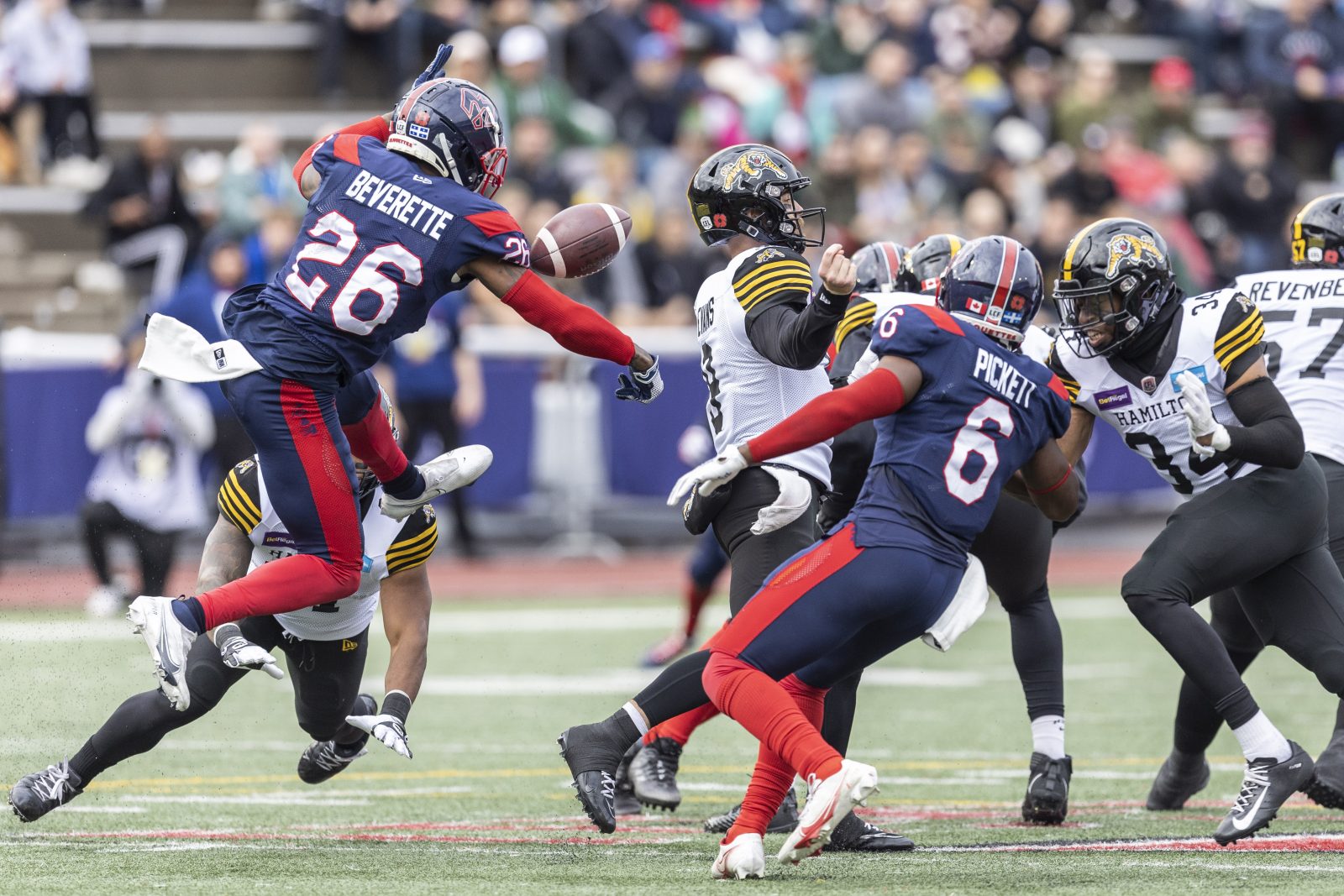 Alouettes general manager Danny Maciocia has some work to do this off-season. On top of finding the team’s next head coach, he also needs to re-sign key free agents before they hit the open market on Feb. 14.

Maciocia has already mentioned that bringing starting quarterback Trevor Harris back is one of his major priorities. The 36-year-old has a solid season, as he finished third in the league in passing yards, fourth in touchdown passes, and second in completion percentage among quarterbacks with at least 250 attempts.

Backup quarterback Dominique Davis, who was a key contributor in short-yardage situations, is also scheduled to hit the open market. The 33-year-old set the new franchise record for rushing touchdowns by a quarterback in a single season, with 13.

There could be some big changes in the receiving corps in 2023 because the five receivers who began the year as starters are on expiring contracts.  Geno Lewis, Jake Wieneke, Reggie White Jr., Hergy Mayala and Kaion Julien-Grant will need to be re-signed.

Lewis, who was the East Division’s Most Outstanding Player in 2022, is coming off a career year. He accumulated 91 receptions, 1303 yards and 10 touchdowns for the Alouettes this past season.

Even though he missed the final three regular season games with a serious knee injury, White Jr. was second on the team in receiving yards, with 722. The 26-year-old emerged as a go-to option in the passing game, and it’ll be interesting to see how the injury will affect his immediate future.

Wieneke saw his numbers dip from 2021 to 2022, but he was a vital part of the offence, especially after White Jr. was forced from the lineup. The 28-year-old made at least four receptions in four of the final five games of 2022 (including the playoffs). His best game of the season came in a crucial matchup at home against Toronto on Oct. 22nd when he finished with 121 yards on five receptions.

Julien-Grant, who just completed his second full year as a starter, emerged as a valuable Canadian piece. After finishing with eight receptions for 133 yards and no touchdowns in 2021, he came back and posted 36 catches for 517 yards and three touchdowns. He was one of the most improved players on the roster.

Sticking with the offence, running back Walter Fletcher can hit the open market. He was acquired from Edmonton for a sixth-round draft choice after the injury to William Stanback, but he quickly emerged as a valuable piece of the offence. The 25-year-old proved that he could run between the tackles when necessary and he also showed that he can catch the ball out of the backfield, which makes him even more valuable.

On defence, there are several starters that could hit free agency.

Linebacker Tyrice Beverette was one of the big revelations of the past year. The former Hamilton Tiger-Cat was signed as a free agent last winter. He didn’t begin the year as a starter, but an injury to Chris Ackie opened the door for Beverette. The 27-year-old made 56 tackles, one interception and scored one touchdown, but he also finished second in the CFL in special teams tackles, with 21. Those who watched the East Division semi-final against Hamilton will remember Beverette’s huge hit on Ticats quarterback Matthew Shiltz, which resulted in a fumble recovery for Montreal.

Fellow linebackers Micah Awe and Adarius Pickett will also need to be re-signed before February. Awe was signed early on in the season after the team walked away from Tre Watson. The 28-year-old had 47 tackles in 13 starts, but he finished the year on the injured list with a pectoral injury.

After playing multiple positions in 2021, Pickett was a fixture at SAM linebacker for most of 2022. He was one of the more consistent defensive starters, and he brought a level of physicality and leadership to the group. It’ll be interesting to see if there is NFL interest that materializes for the 26-year-old this winter.

The secondary may also have a different look in 2023, as three of the five players will see their contracts expire early next year.

Lyon started at boundary corner after he was acquired in a mid-season trade with Edmonton. The 25-year-old made 27 tackles, one interception and one touchdown.

Nafees Lyon bolsters the Als' lead with an interception returned for 6! #CFL pic.twitter.com/kIhyj3spTV

Jones was signed last winter as a free agent from Winnipeg, where he won back-to-back Grey Cups. The 27-year-old started all 18 games at field-side corner. He had an impressive two-interception performance against the Ticats in the postseason.

On special teams, returner Chandler Worthy and long-snapper Pierre-Luc Caron both played important roles. Worthy was the East Division’s top special teams player in 2022. He was dynamic in the return game all season long.

After suffering a season-ending injury in 2021, Caron came back and had a solid season. The 29-year-old played in all 18 games, and he was very consistent snapping the ball.