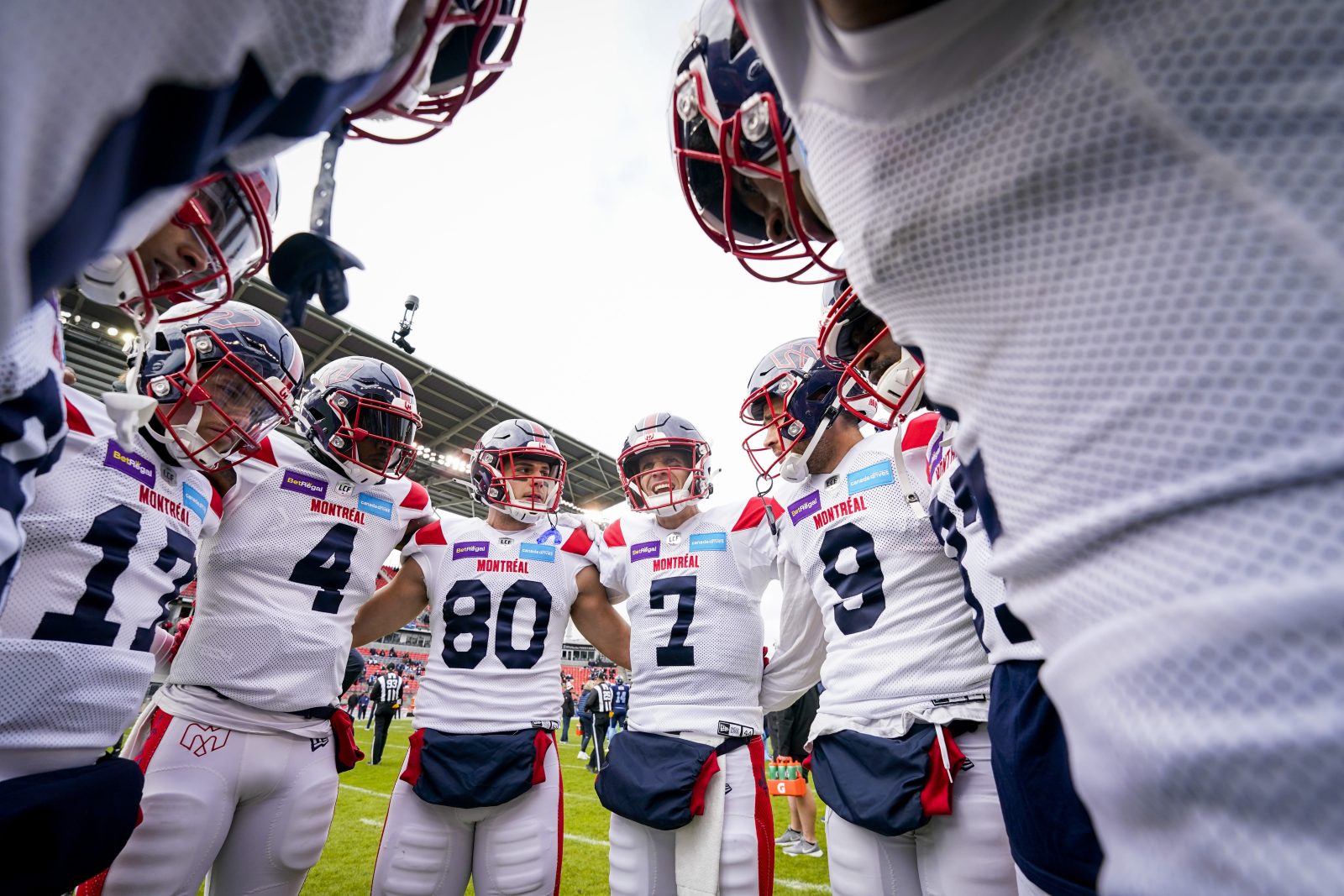 That’s it. Another Alouettes season is in the books, as the Als dropped a 34-27 decision to the Argonauts in the East Division Final at BMO Field on Sunday.

The Als were able to get the Argos lead down to three points after William Stanback’s rushing touchdown on the opening drive of the third quarter and Tyson Philpot’s two-point convert that followed.

Let’s take a deeper look at what happened:

You have to give the Argos offence credit for their performance on Sunday. Whatever they did seemed to work out in their favour. Starting quarterback McLeod Bethel-Thompson seemed to get into a rhythm early, and that continued all night.

The Als had a difficult time containing the Toronto running backs, as A.J. Ouellette and Andrew Harris had success running and catching the ball out of the backfield.

Ouellette had a 53-yard reception, while Harris caught one for 30 yards as well.

Of course, the first-half breakdown on the Chad Kelly touchdown pass to DaVaris Daniels hurt. The Argos lined up like they were going to run a quarterback sneak, but Kelly found Daniels all alone for the touchdown.

There appeared to be some miscommunication on the play that was caused by the Wes Sutton injury a couple of plays earlier. With Sutton out, the roles in the secondary changed, and that’s what seemingly caused the breakdown on defence.

Even though they got off to a slow start, the Als offence got into a groove, and they produced some impressive numbers.

Once Geno Lewis got involved in the passing game, everything seemed to change for the offence. That opened up things up for other players. Lewis finished the game with five receptions for 83 yards.

One of the other players that stepped up was rookie Tyson Philpot. This was his first road playoff game as a pro, and all he did was deliver eight receptions for 127 yards, one touchdown and the two-point convert in the third quarter.

The loss is incredibly disappointing, but if I’m looking at the big picture, the Als were able to uncover a gem in Philpot. There’s no doubt that if he stays healthy, he’s going to be a star for many years.

Cole Spieker stepped up in a big way, too. Spieker, who only dressed in this game because Hergy Mayala was out (illness), came up with a few contested catches that helped move the chains for the Als. He finished the night with four receptions for 66 yards.

David Cote had afternoon, as he made all four of his field goals. The second-year pro had a nice season, and improved on his rookie totals. There were some ups and downs along the way, but he showed a lot of growth in 2022.

I also wanted to mention the work of long-snapper Pierre-Luc Caron. I can’t recall one bad snap all season. He played in every game in 2022, and he did his job as well as could be. This was a big bounce-back year for him, as he made his way back from a torn pectoral muscle last year.

Punter Joseph Zema was arguably the most consistent player on special teams. The global kicker was good in 2021, but he took his game to another level in 2022. I thought he should have been an East Division All-Star in 2022. That’s how good he was.

Of course, there are so many key special teams contributors that delivered all year. Guys like Zach Lindsey, Ty Beverette, Kerfala Exume, Alex Gagne, Fred Chagnon and countless others all deserve credit for the job they put in this year.

The season is over. May seems so far away at this point.

Fans will be disappointing by the loss, I am too, but these players deserve a lot of credit for the work they put in. They could have folded after starting 2-6, but they pushed through. It started with a win in Winnipeg on Aug. 11 and it kept going after that. In the end, they managed to fight back to 9-9.

They also took another step forward by winning a playoff game for the first time since 2014. Again, the loss to the Argos hurts, but the win over the Ticats at Percival Molson Stadium was special.

You know who else deserves credit? YOU!

You stuck with this team all season long. We could feel it. All the people who came to the stadium, watched on TV, and listened on the radio were terrific. I felt your passion all season long, even when things weren’t going well early on.