Alouettes looking to take next step in November 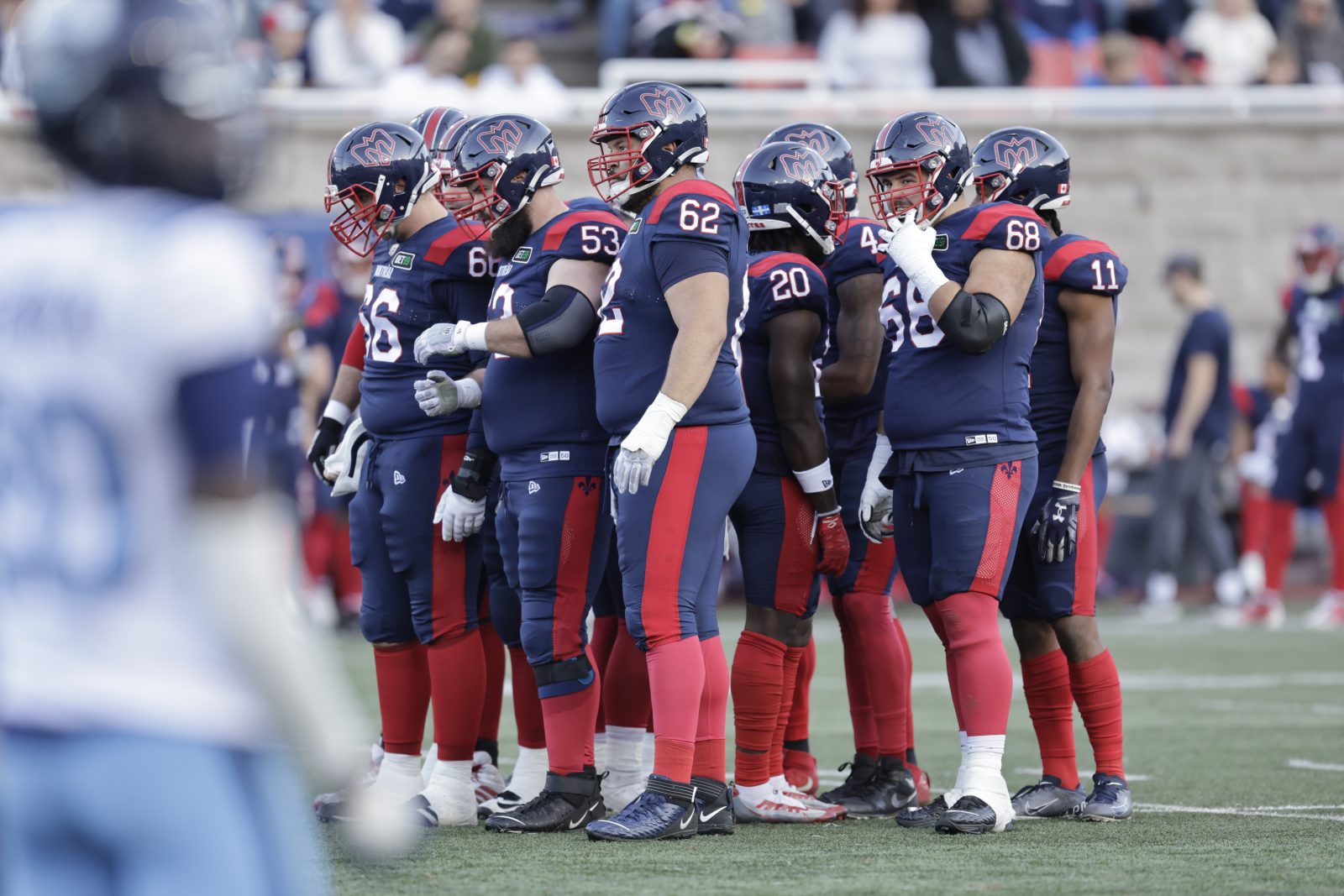 Alouettes looking to take next step in November

Over the last few months, the Alouettes have gone through a leadership transition. Yes, veterans like Kristian Matte and Chris Ackie have been with the team for a while, but William Stanback, Geno Lewis, and others have also become more vocal.

Stanback and Lewis have been through different ups and downs throughout their career. They’ve both blossomed into superstars in the CFL, and they’ve both been selected as the Most Outstanding Player in the East Division in back-to-back years. But they’ve also been part of two East Division semi-final losses. The first one came in 2019 at home against Edmonton while the second occurred in Hamilton last year.

The Als will have an opportunity to avenge last year’s playoff loss to the Ticats this coming Sunday at Percival Molson Stadium.

“It’s devastating,” Stanback said of losing in the East semi-final. “Having the one-and-done and going home. Knowing you have the talent in the room, and you got the guys in the locker room that can compete at a high level…it just hurts inside because it feels like we fell short every year, and we left stuff on the field. This year, we’re not going to make that mistake. We’re going to empty out the clip, we’re going to give them everything we’ve got. We know who we’re going up against. It’s no secret. We know what they like to do, we know their tendencies, and we know who they are as people. Let’s go. It’s time to win now.”

In 2019, the playoff loss to Edmonton was disappointing, but there was optimism around the organization. After all, this was a team that had no owner at the time, no general manager, and they made a coaching change just days before the start of the regular season. There were no expectations for this group. The fact that they finished 10-8 and hosted a playoff game was a surprise to many fans and media.

The sentiment after the road loss in Hamilton last year was different. The group was seen as a team that had the ability to make it to the East Division Final or even the Grey Cup.

“We just haven’t finished,” Lewis said when asked why it has been difficult for the Als to get past the first round of the playoffs in recent years. “I think we’ve had opportunities to win games in the playoffs. We just have to start fast. We have to be detailed in our discipline. We can’t have turnovers or penalties, and we’ll go from there.”

Sunday's game is the most important one of the year! The party starts at 10:30 am with our tailgate in the park. We're going to have an awesome breakfast special available to all our fans!

In fairness to the 2021 edition of the Alouettes, the world was still very much in the middle of a pandemic, and there had been no season in 2020. They were also in first place in the division as late as the month of October. The fact that they were able to carry the momentum from 2019 into 2021 should have been seen as a positive, especially because of how difficult the years prior to 2019 were (the team had won just eight games combined in 2017 and 2018). Still, there’s no denying that the loss to the Tiger-Cats was disappointing because of the amount of talent the Als had on their roster.

“It would mean everything, man,” Lewis said of potentially winning Sunday’s game against the Ticats. “We just wanted to put ourselves in a position for this situation because you have to earn playing in the playoffs. It would be everything. These fans deserve it. As a team, we have to go out there and take it. We want to give these fans (even more to celebrate) after.

The Als have played their best football in the second half of the season. After starting 2-6, they turned their season around in August, when they rattled off five wins in six games, including two against at home against the Tiger-Cats.

Meanwhile, Hamilton has played better as of late, too, as they’re heading into the playoffs riding a four-game losing skid. Their last loss came in Montreal when they dropped a 23-16 decision to the Alouettes on Sep. 23. Since then, they’ve beaten the Roughriders, Stampeders and Redblacks (twice).

Najee, you’re still an All-Star to us ❤️

The biggest difference between this year’s East semi-final and last year’s, is that this year’s game will be played in Montreal. The Als were under .500 at home this year (4-5), but the Ticats also won just two games away from Tim Horton’s Field, including last week’s meaningless affair in Ottawa. In games that mattered, they were 1-7 on the road.

“Playing at home is something you have to earn,” Lewis added. “I’m glad we’re playing in front of our fans, but to be honest with you, I don’t care if we were playing on the street, in the sleet, rain or snow. We could play wherever we had to play, even if it was a little-league field. I’m just trying to go out there and play this game.”