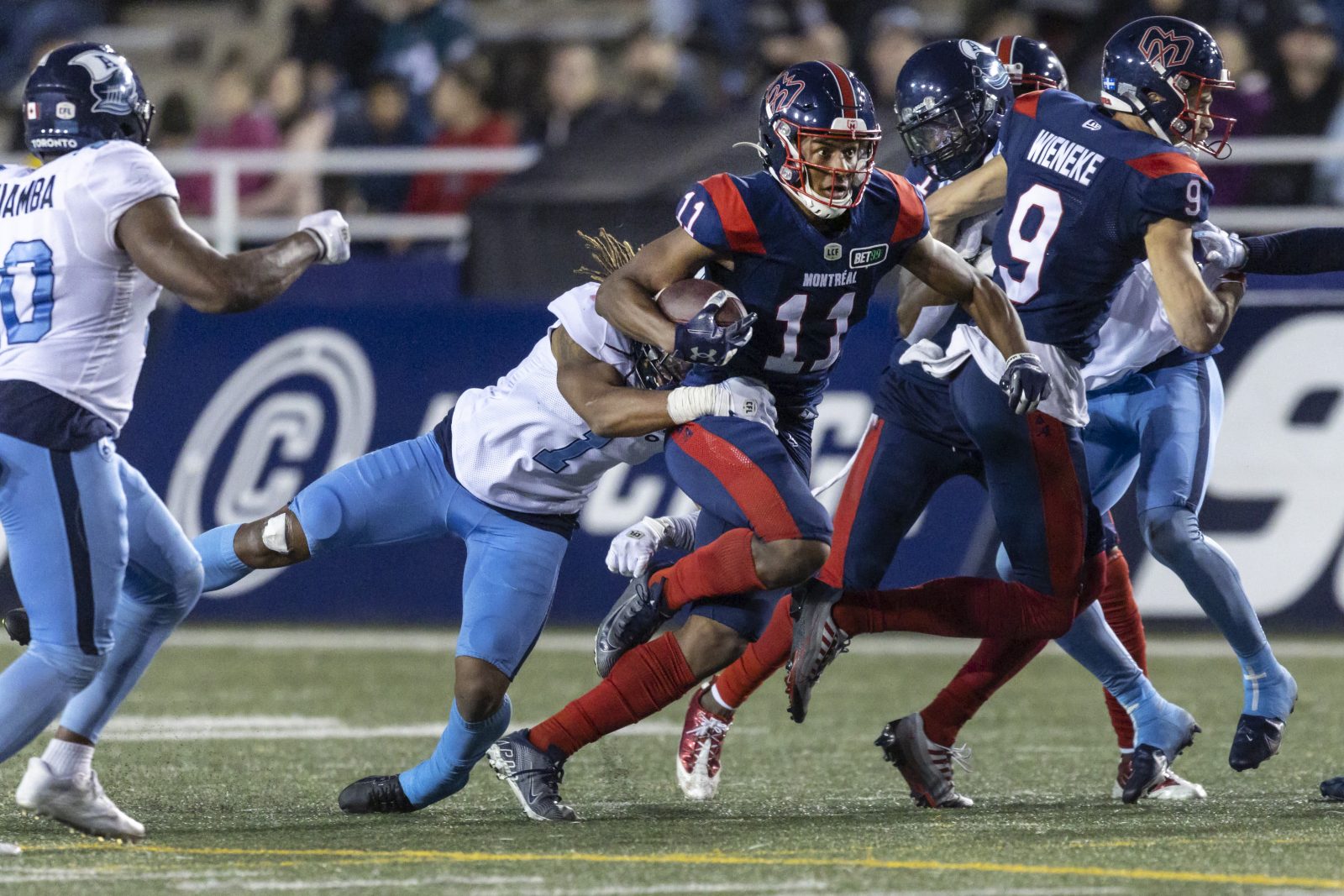 The Als will finish the regular season on Saturday afternoon in Toronto at 2 pm. Both teams are locked in to their respective positions in the standings, so there’s no way Montreal can move up into first and no way Toronto can fall into second place.

Trevor Harris won’t be starting for the Alouettes for the first time since Week 2. The Als want to keep their starting quarterback healthy heading into the East Division Semi-Final against the Hamilton Tiger-Cats on Nov. 6.

That means that Dominique Davis will make his first start of 2022 and his first with the Als. Davis has been outstanding in short-yardage situations all season. His 12 rushing touchdowns this season are tied for the most in franchise history for a quarterback (Vernon Adams Jr. also had 12 in 2019).

“After I scored nine touchdowns in the first nine games, I figured I had a pretty good chance,” Davis said of potentially breaking Adams Jr’s record. “The coaches started seeing that I was getting close. That would be a great accomplishment, and hopefully we get it.”

Third-string quarterback Davis Alexander will make his professional debut at some point in this game. He made a name for himself in the preseason by leading his team on touchdown drives while they were trailing late in the fourth quarter.

“I really want to show that I’m a really competitive person…I’m ready for that aspect for sure.”

The playing time is huge for both players, as they’ll be looking to make statement heading into next season. Also, this will help shake the rust off should either one of their numbers be called at some point in the playoffs.

Veterans being rested on offence:

There will be other veterans on offence that will sit on Saturday afternoon in Toronto. On top of Harris, the Als will also be resting receivers Geno Lewis and Jake Wieneke, and right tackle Landon Rice, who was named the Als’ offensive lineman of the year this week. Veteran right guard Kristian Matte is also expected to sit.

Receivers Hergy Mayala, Kaion Julien-Grant, Tyson Philpot, Kevin Kaya, and Cole Spieker will all get opportunities to make plays at BMO Field against the Argonauts.

Expect there to be some shuffling along the offensive line. P-O Lestage, who has primarily been used as a guard, fullback and tight end since joining the team earlier this season, could get a look at right tackle.

Second-year pro Patrick Davis, who played college football at Syracuse, will get a look at centre and/or guard. The 26-year-old hasn’t made a start this year, but he’s dressed in 12 games.

Running backs William Stanback, Walter Fletcher and Jeshrun Antwi will all be in the lineup.

Defensive players getting some rest:

Nose tackle Almondo Sewell won’t be in the lineup on Saturday afternoon. The 35-year-old has played in 16 games this season, and he’s made 19 tackles and three sacks in 2022. Sewell consistently deals with double and sometimes triple teams on the interior of the defensive line. The Als will need him to be fully healthy if they’re going to slow down Hamilton’s running game in November.

That means that youngsters Mustafa Johnson and Jabari Ellis will get to play quite a bit in the season finale.

Middle linebacker Micah Awe, defensive back Raheem Wilson, and cornerback Nafees Lyon will also be held out of the lineup on Saturday afternoon. Awe will be replaced by Keishawn Bierria while Kenneth Durden will tag in for Lyon. Najee Murray will move back into the starting lineup for Wilson.

The Argos are locked into first place, which means they’ll also be resting some of their veterans. Rookie quarterback Chad Kelly will make his CFL debut on Saturday. Ben Holmes, who attended training camp with the Als this year, will serve as Kelly’s backup quarterback.