S.J Green is coming back home! 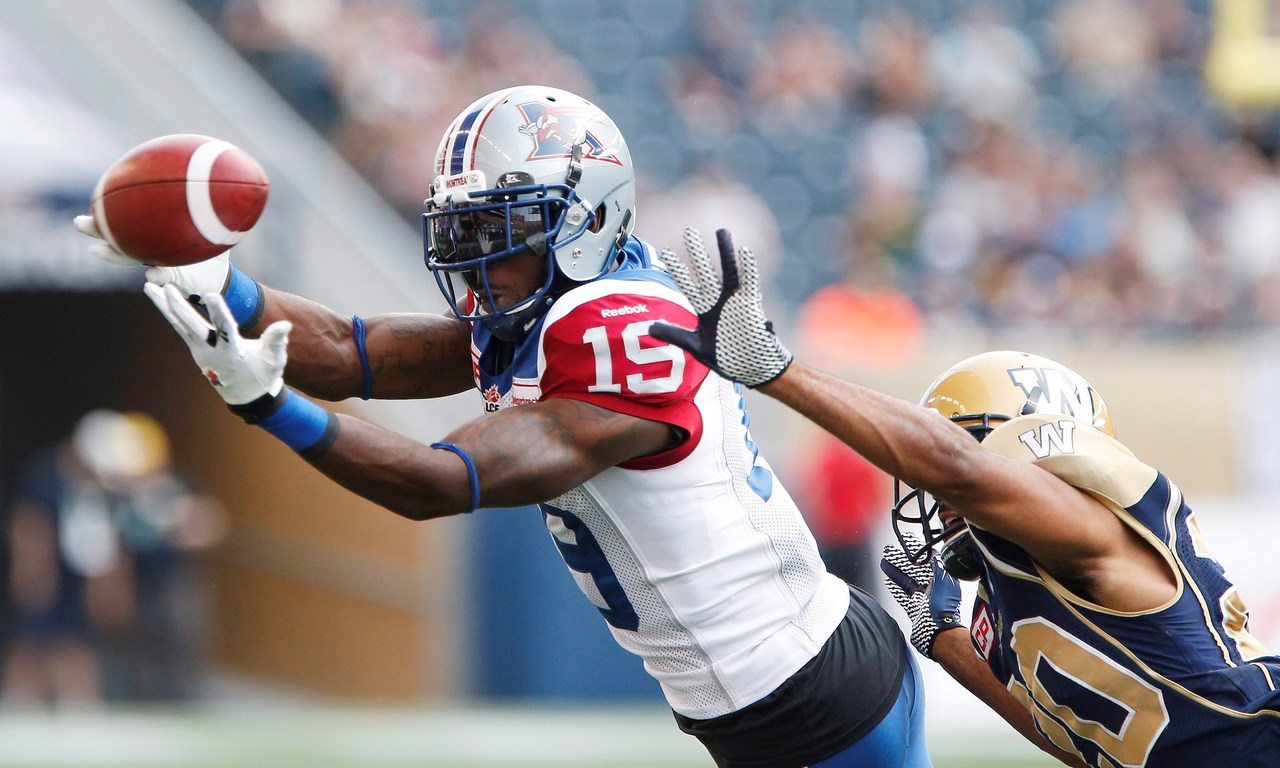 S.J Green is coming back home!

Montreal Alouettes' S.J. Green (19) can't hang onto the pass from quarterback Rakeem Cato (12) during the first half of CFL action against Johnny Adams (20) and the Winnipeg Blue Bombers in Winnipeg Friday, July 10, 2015. THE CANADIAN PRESS/John Woods

Montreal, October 19, 2022 – It’s as a member of the Montreal Alouettes that receiver S.J. Green will retire from professional football. Indeed, the former number 19 will be in Montreal on Friday, and will sign a one-day contract with the club to officially retire.

Green will also be presented to the crowd on Saturday, when the Toronto Argonauts will be the visitors at Percival Molson Memorial Stadium, at 4 pm.

The Fort Worth, TX born and Tampa, FL native will have played 13 seasons in the CFL, including his first 10 in an Alouettes’ uniform, helping the team win the Grey Cup in 2009 and 2010. He registered 102 receiving yards in the 2010 Grey Cup game, which was Montreal’s seventh and most recent championship.His 10,222 receiving yards rank him 15th all time in the CFL. In 170 career games in Canada, he caught 716 passes, while scoring 60 majors. He saw his name engraved a third time on the Grey Cup with the Argonauts in 2017.

In 116 career games with the Alouettes, Green caught 444 passes for 6,554 yards, which is good for fifth place all-time in the Alouettes record book. He also scored 42 touchdowns as an Alouette.

After spending his first two and a half years on the practice squad, Green registered nine seasons with over 800 receiving yards, seven of which surpassed 1,000 receiving yards.  He was voted a CFL All-Star three times, and an East Division All-Star on eight separate occasions. Green suffered an ACL injury in the second game of the 2016 season, and was told his career was over. He fought back and recorded three consecutive 1,000 receiving yard seasons to end his career from 2017 to 2019. His 2017 campaign was his best of his 13-year career with 104 receptions for 1,462 yards and ten touchdowns.

In 2010, Green signed with the New York Jets, but was released right before the start of camp. In the first game of the season, Green made what is arguably one of the CFL’s most spectacular catches. On July 1, 2010, at the end of a crazy game against the Saskatchewan Roughriders, in Regina, Green dove horizontally to catch an Anthony Calvillo pass that seemed to be sailing out of bounds. The catch sent the game into double overtime, making it that much more significant. Without the catch, the game would have ended immediately. This play has been played numerous times in hi-lite countdown shows over the years. Photographer Liam Richards immortalized that moment (which can be found at the top of this release).