Preview: Alouettes ready to take on Elks in Edmonton on Saturday 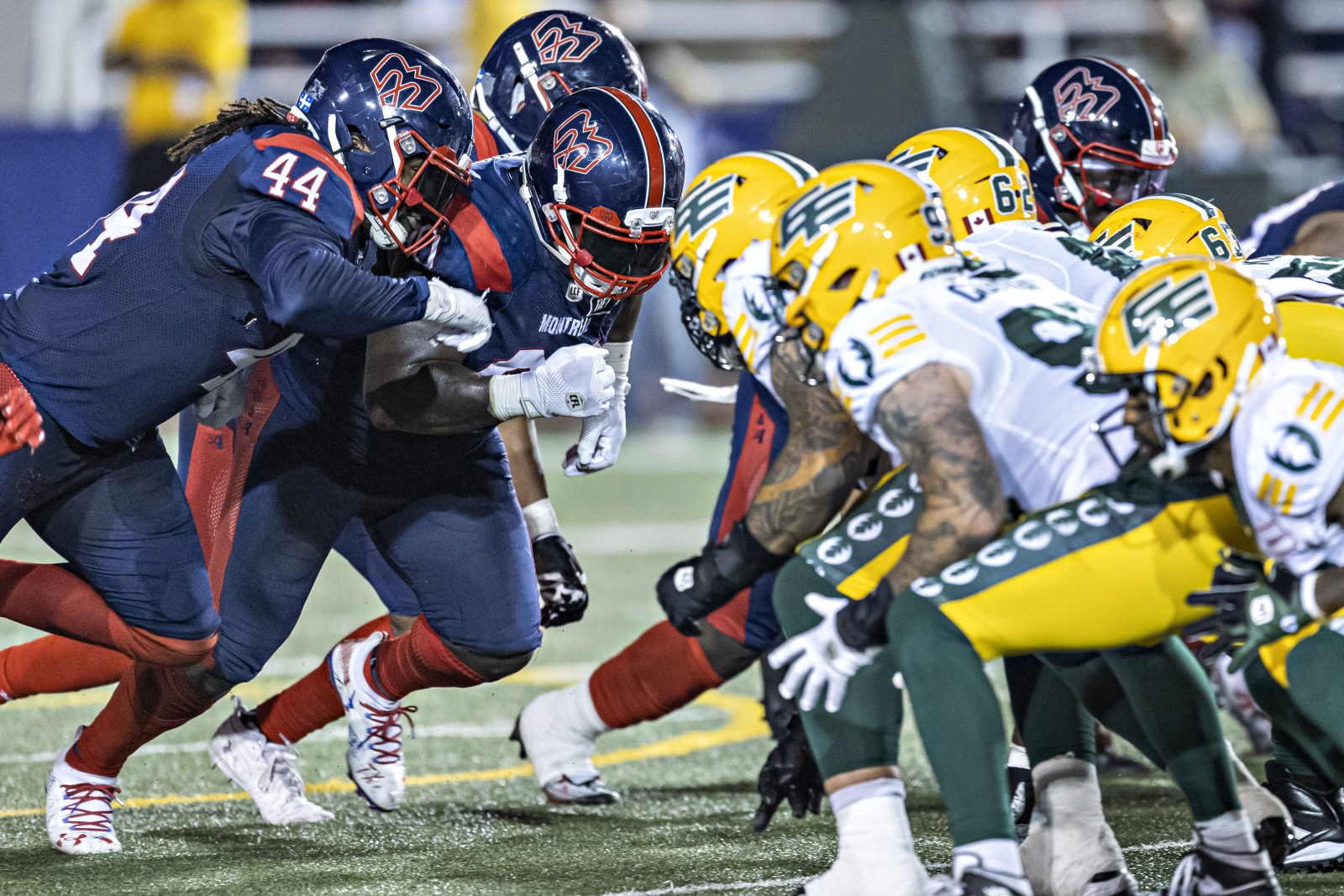 Preview: Alouettes ready to take on Elks in Edmonton on Saturday

The Alouettes and Elks will go head-to-head for the second and final time this season. Montreal goes into this one with a record of 6-7, while Edmonton is 4-10. This is a huge game for both sides, as the Als will look to get closer to clinching a playoff spot. The Elks are just two wins behind Saskatchewan for the cross-over spot in the East Division.

The Als dropped the first game between these two teams, at home, 32-31 on July 14th.

Danny Maciocia and Edmonton head coach and general manager Chris Jones have completed four trades since the start of 2022. Some of those deals didn’t include players, but two of them did which means there are plenty of players that will be playing against their former teams on Saturday afternoon at 4pm ET.

Veteran defensive tackle Almondo Sewell will also be going back to his first CFL team. He spent the first nine years of his career with Edmonton before joining the Als for the 2021 season. The 35-year-old has become an important leader on this team.

Sewell is expecting roughly 40 friends and family to show up for Saturday’s game. The Jamaica-born defensive lineman now makes Edmonton his off-season home.

Here's how we line up ahead of tomorrow's game against the Elks with @Miseojeu !

Trevor Harris one TD pass away from 150

Harris is another player that will be playing against his old team. This is the first time he’ll be returning to Edmonton since last fall’s trade that brought him to Montreal.

“To say that I have this nostalgia, or anything would be a lie,” Harris said after Thursday’s practice. “You always remember what happened, but that regime is gone. The head coach got fired after the season. There’s a lot of new faces over there.

“At the beginning of (last) year, I never in a million years I would’ve thought that I’d finish the year in Montreal, but that’s how it worked out. I always tell people that if you want to make God laugh, tell him your plans. Expect the unexpected. That’s pro football.”

Harris is very close to reaching an important milestone, as his next touchdown pass will be the 150th of his career.

The 36-year-old has put together an impressive career, especially when you consider his touchdown to interception ratio of 149/70.

Tyrell Richards and Nick Usher both OUT

There was some bad news that came out of the last game against the Tiger-Cats, as a pair of important players were lost due to injury.

Richards, who returned to the lineup for the first time since early July, suffered an Elbow injury in last Friday’s win. He’s expected to miss multiple weeks because of the injury. The 23-year-old’s talent is obvious, he’s just caught some bad breaks with injuries this year.

Defensive end Nick Usher could be done for the season, after he suffered a knee injury against Hamilton. The 27-year-old has been a starter for the Als over the last two seasons. He’s accumulated 29 tackles, three sacks and one forced fumble in 2022.

Mike Wakefield will take Usher’s spot in the lineup.

Dequoy and Lindley back IN

On a positive note, look for starting safety Marc-Antoine Dequoy to be back in the lineup on Saturday. He missed the last game for personal reasons.

Dequoy’s return will allow Tyrice Beverette to go back to playing WILL linebacker, which is the position he’s played for most of the season.

As for Lindley, he doesn’t see snaps on defence, but he serves as the backup safety and he’s a key piece on special teams. Despite playing just nine games this year, he’s still tied for seventh in the league in special teams tackles.

Getting two healthy Canadian bodies back is huge, especially because of Richards’ prolonged absence.

Edmonton is not to be taken likely. Yes, they have just four wins this season, but they play hard for each other, and usually keep games very close.

As the Als found out last time these two teams met, you can never take your foot off the accelerator when you play the Elks. Montreal built up an 19-point lead in the first meeting and still came out on the losing end.

Of course, that was the first week after the Als walked away from head coach Khari Jones and defensive coordinator Barron Miles, but it needs to be a learning experience for this group.

The Elks are led by quarterback Taylor Cornelius, who just signed a two-year extension with the team earlier this month. The 27-year-old has an impressive combination of size and skill, as he’s listed at 6-foot-5, 232 pounds. But as he showed during the game at Molson Stadium, he can be elusive, too.

“They’re putting him in a scheme where he can thrive,” Harris said of Cornelius.

“He’s always been a talented football thrower and had great feet underneath him. He’s a big body that can move which is really unique. He’s a great kid. I really love Taylor. We had a really good relationship last year. I loved working him. It’s fun to see him flourish and grow, but I know our defence will take care of business this week.”

This should be a fun game!