‘I truly loved the city’: Alouettes welcome Chip Cox and Kyries Hebert back to Montreal 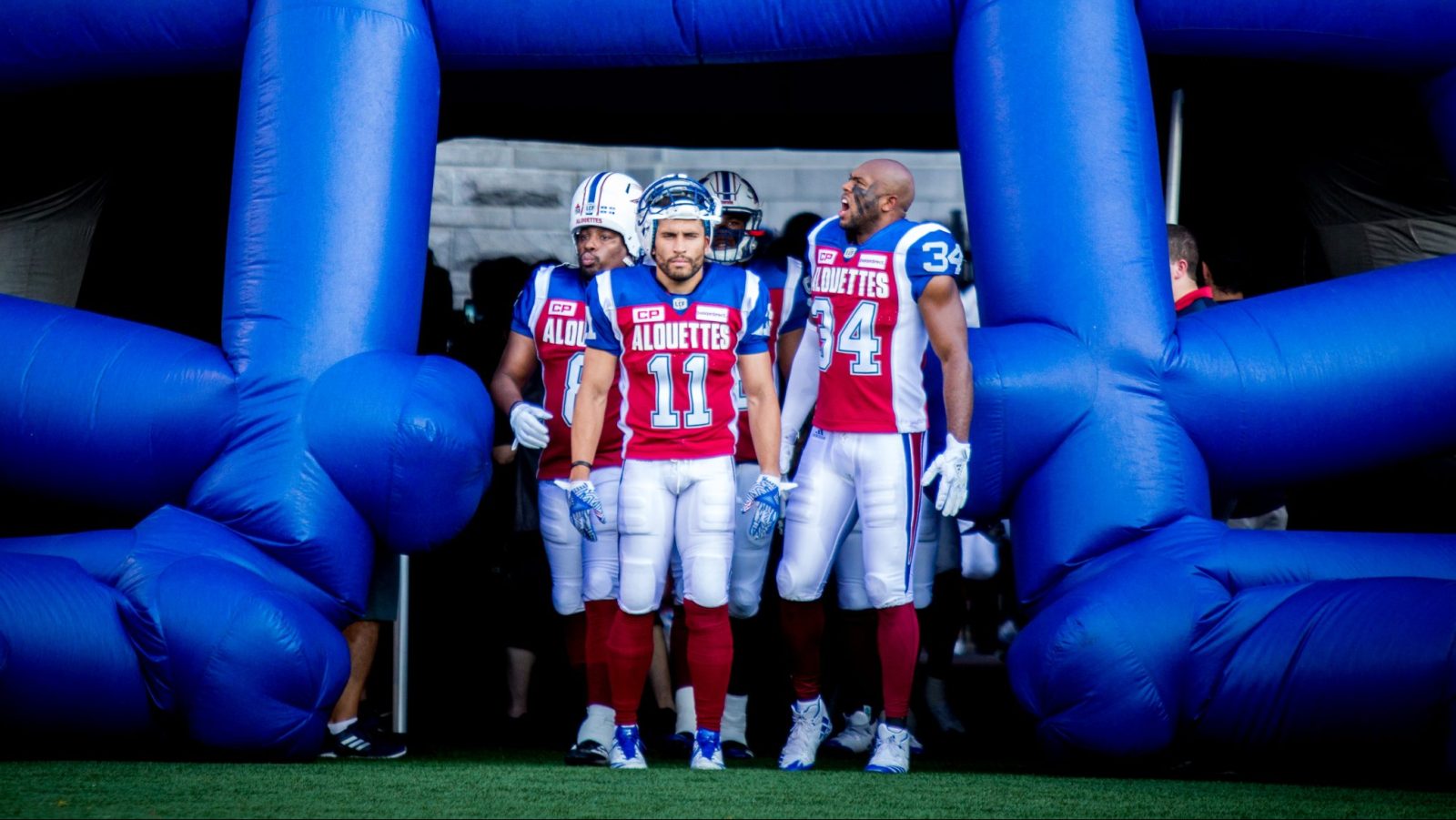 ‘I truly loved the city’: Alouettes welcome Chip Cox and Kyries Hebert back to Montreal

The Alouettes locker room has always been filled with confident athletes, but it would be difficult to find someone with more belief in his abilities than Chip Cox. Even though he hasn’t played since 2018, the 39-year-old looks like he could still contribute on the field, and if it was up to him, he’d still be playing in the CFL.

Earlier this year, Cox was inducted into the Canadian Football Hall of Fame in his first year of eligibility. On Friday night, the Alouettes organization will honour their former strong-side linebacker at halftime of their game against the Hamilton Tiger-Cats. It will be the first time the Montreal fans get to show their gratitude to Cox since his last game.

Als fans will always feel a close connection to Cox, and it’s easy to see why. He spent his entire 13-year career with the organization. He never left. How many athletes can say that? He was also incredibly durable and productive throughout his time in the CFL. His 926 defensive tackles rank first in franchise history and only Anthony Calvillo (269), Scott Flory (242) and John Bowman (230) played more games in an Als jersey than he did (229). What might be even more impressive is the fact that he missed just one game in his first 11 seasons.

Over the final two seasons of his career, Cox missed only five games, but doctors suggested he sit out more to heal a bad knee injury during his second-to-last campaign. Instead of missing six to eight weeks like the doctors suggested, he decided to play through the pain.

“I like 2017, which was probably the worst season of my career, when I played the whole season hurt,” Cox said when he was asked for a moment that stands out during his career. “That shows I was committed to Montreal. I wasn’t even committed to my career because I put my career in jeopardy, and I was committed to Montreal. I didn’t play for me; I did that for the team. We had nobody that could go in. We had nobody. That’s what the city and the team meant to me. If I could walk, and there’s nobody out there that could do better than me, then I’m going to do it for them.

“I wasn’t thinking business or that I was going to put bad film out there and people are going to think my career is over and I’m just getting old. It didn’t cross my mind one time.  I loved the game, and I truly loved the city. I did that for the fans and the team. That’s the type of guy I am.”

He was an integral part of the back-to-back Grey Cup titles the Alouettes won back in 2009 and 2010. The Als defence became even more dominant when Cox went from playing defensive back to being the SAM linebacker. It helped them win games and those championships. He brought a level of consistency, was always in shape, and was one of the players that set the tone for the defence along with guys like Anwar Stewart and John Bowman.

Friday’s tribute to Cox should be emotional for the player and the fans. This isn’t just a celebration of a great football career, it’s about someone who originally had no ties to Montreal but who committed to an organization and a city through thick and thin.

“Alouettes fans throughout the years have been so, so awesome,” added Cox. “The down years, even when we weren’t winning, they were there cheering us on.

“I can’t even think of one time where they said anything (bad) to me or anything rude to me. They’ve always been accepting of me. You don’t understand, as someone who feels like they’ve always been looked over, to be accepted by the fans, it felt like they cared about me. I’m so excited to reconnect with them.”

Kyries Hebert retires as an Alouette:

One of Cox’s best friends during his time in Montreal, Kyries Hebert, will be in attendance on Friday night. This is a special week for Hebert too, as the team signed him to a one-day contract on Thursday, which allowed him to retire as Alouette.

Like Cox, Hebert’s final season also came in 2018 when he was a member of the Ottawa Redblacks. The 41-year-old played for the Minnesota Vikings, Houston Texans, Ottawa Renegades, Tampa Bay Buccaneers, Winnipeg Blue Bombers, Cincinnati Bengals, and the Als before returning for a second stint in Ottawa.

.@kyhebert on why it was important for him to retire as an Alouette
—
Ky Hebert sur l’importance de prendre sa retraite en tant que membre des Alouettes pic.twitter.com/CHfxi5lwFS

Hebert spent a considerable amount of time in Montreal, as he suited up for the Als between 2012 and 2017. He was involved in the community, hosted a couple of shows on Montreal radio, met his wife here and had one of his daughters here, too.

“When I decided I was no longer going to play football anymore, I didn’t sign any retirement papers because my dream was for this to happen,” Hebert told the media on Thursday at Olympic Stadium. “(Former owner) Robert Wetenhall and I had a pretty good relationship and he told me, ‘I wasn’t an all-star, I was a superhero,’ and that lifted me to a different level (laughs). He also told me that I was going to retire as an Alouette.

“He said I was going to retire as an Alouette. I loved him dearly, and I wanted to respect that. This city means so much to me.

“I didn’t play in one city more (than I did in Montreal), I had a daughter here, I got married at Percival Molson Stadium, which is the same place I met my wife. Her and I did a lot in the community together, and that was the start of our relationship. So, I love Montreal. Je t’aime Montréal!”

If you’re coming to the stadium, look for Hebert on the field before the game. He’ll be unlocking the cage the players come out from on the field.