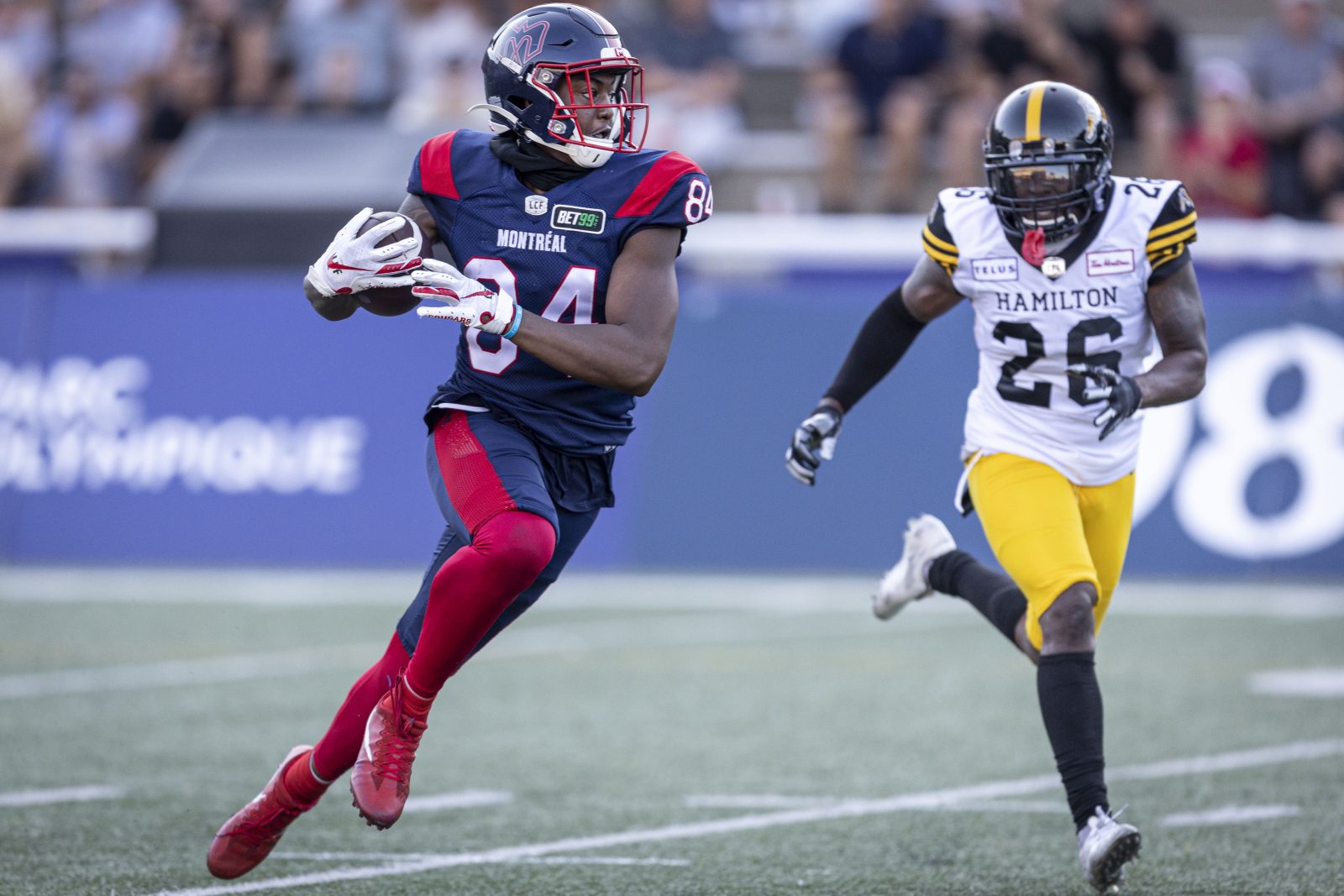 Marc-Antoine Dequoy away for personal reasons:

Starting safety Marc-Antoine Dequoy has been away from the team since the start of the week for family reasons. Over the weekend, Dequoy announced on social media that his mother had passed away.

After speaking to the 28-year-old, general manager and interim head coach Danny Maciocia decided it was best to give him some time away from the game.

“It was difficult when he called me,” Maciocia said of his conversation with Dequoy. “I was in Michigan when we spoke. I was aware of his family situation with his mother, and I knew her very well. She was the president of our parents committee at the University of Montreal, so we worked together closely. We knew this was going to happen, we just didn’t know when. When he gave me the news last Friday, we spoke for a while and I told him that he should take a few days off, and he agreed.”

Everyone at the Alouettes would like to offer their sincere condolences to Marc-Antoine and his family.

Unfortunately for the Alouettes, special teams star Zach Lindley will not be available for Friday’s game against the Ticats. He was injured before the bye against the B.C. Lions. He’s considered day-to-day at this point.

On a positive note, rookie linebacker Tyrell Richards will suit up. He was injured on July 21st against Ottawa. The 23-year-old should provide some jam for a special teams unit that will be without Lindley.

Starting left guard Phil Gagnon missed Monday and Tuesday’s practices, but he was on the field on Wednesday. It sounds like he could play on Friday night, but the team doesn’t know how many snaps he can handle. If Gagnon were to sit, P.O. Lestage would take his spot in the lineup.

Jamal Davis is in

After spending time with the Los Angeles Chargers, defensive lineman Jamal Davis re-signed with the Alouettes last Friday. It’s a two-year deal that will keep him in Montreal through 2023.

Davis has been learning defensive coordinator Noel Thorpe’s system over the last few days with help from defensive line coach Greg Quick. He’s going to suit up against the Ticats, and it’ll be interesting to see how many snaps he gets at defensive end.

“I thought I did amazing,” Davis said of his performance in training camp with the Los Angeles Chargers. “You come in focused and wanting to prove to the coaching staff that you’re good enough. I felt that I did that. I started two of three (preseason games) and had real good stats. So, I don’t know what happened there, but I’m here now and I’m an Alouette.

“Honestly, I love football the game of football so much, whether it’s the CFL or the NFL, I’m happy wherever. I’m happy to be here, and wherever I can help my team go far, that’s where I’m happy. I’m not down at all, I’m not depressed, I wasn’t mad. Everything happens for a reason. So, let’s go and let’s make it happen.”

Coming off a bye

The Alouettes have an 0-2 record coming off a bye week this season. They had a bye in Week 5 and followed that up with a one-point loss at home to the Edmonton Elks, and they also had a bye in week 12 before losing the following game at home against Ottawa.

“There’s no use hiding it,” Maciocia said when asked about the team’s struggles coming off a bye week. “Clearly after two bye weeks, we’re 0-2. Now the question is, how do you approach it? I think it’s about mentally being dialed in, and we’ve been talking about being dialed in. When (the players) got back on Monday with your Day A practice, I noticed that they understand what’s at stake on Friday night.”

This is a major matchup for both these teams. The Alouettes find themselves two points ahead of the Ticats for second in the East Division, and the Als have a game in hand. This game will also determine the head-to-head matchup between these two sides, as they’ve split the first two meetings of the series. Of course, the first tiebreaker is the head-to-head matchups.

The home team has won each of the matchups this season, even dating back to the preseason.

Hamilton won, 24-17, at Tim Hortons Field in late July, while the Als took care of business, 29-28, on a last-second field goal by David Cote.

“It’s a big one,” Maciocia said of the upcoming game. “We understand what’s at stake. We’re two points up with the tiebreaker in play and we have a game in hand. There’s a lot at stake.”

Hamilton is coming off of an impressive, 48-31, win over the Winnipeg Blue Bombers last Saturday.