‘If you deserve a chance, you should get a chance’: Awe’s app helps next generation of athletes 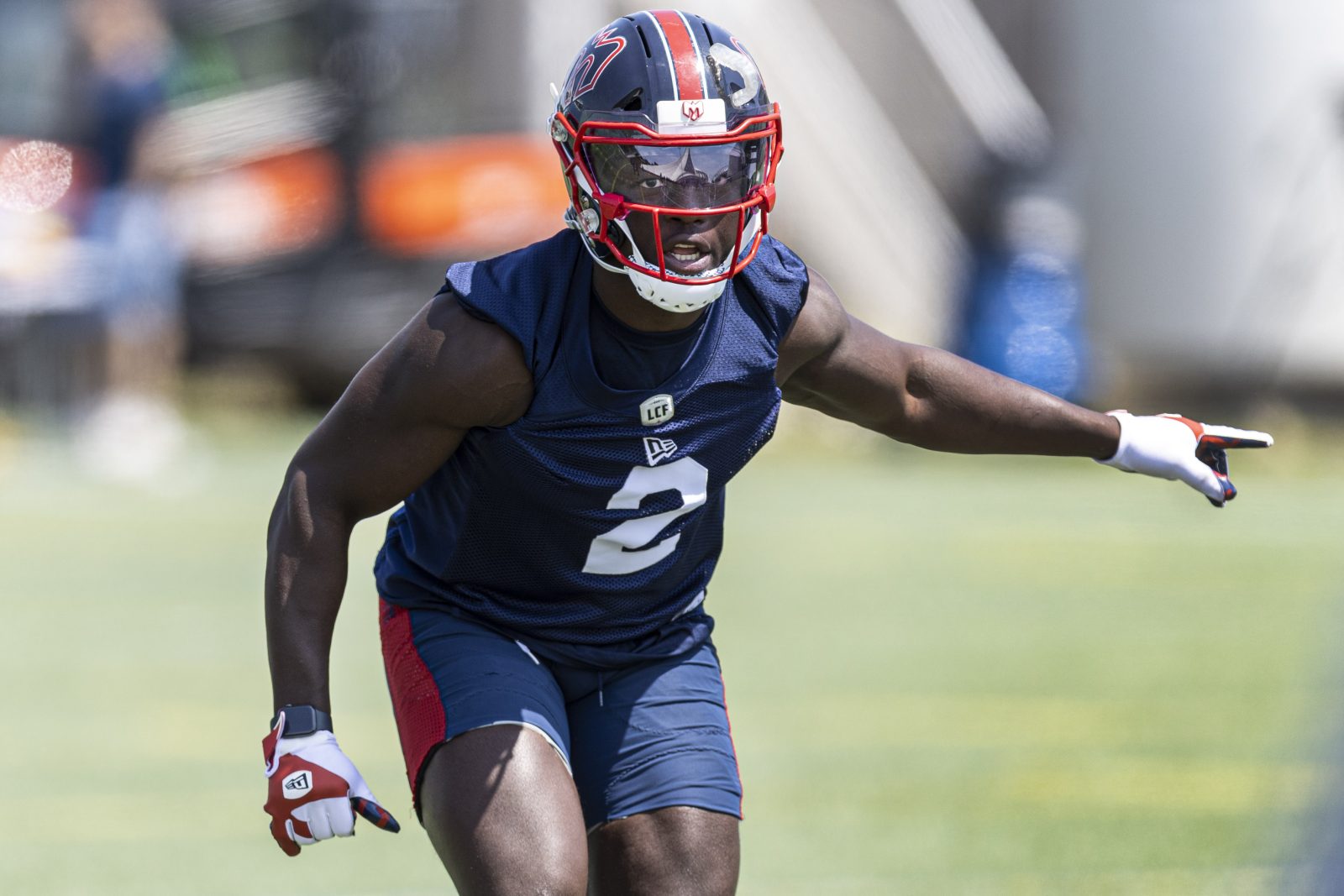 ‘If you deserve a chance, you should get a chance’: Awe’s app helps next generation of athletes

Awe, Micah #2 of the Montreal Alouettes

For many, 2020 was a lost year because of the Covid-19 pandemic. It was a difficult time for football players in the CFL, too, as the league opted not to have a season. But Alouettes middle linebacker Micah Awe used his time away from the game productively, as he tried to eliminate an age-old problem in football.

While living in Chicago, Awe taught himself how to code. Eventually, he got comfortable enough to build the PurpleShift app, which is a recruiting, health, fitness, and social media app designed to objectively determine athletic ability. One of the features of this app, is that athletes can upload videos of themselves running different distances, and the PurpleShift app will measure their time accurately. It will also give a score based on measurables and results, and the athletes will be able to compare themselves to other users.

The idea came to the 28-year-old thanks in part to his own experience during the lead up to the NFL Draft. Even though he was a productive linebacker coming out of Texas Tech, the undersized Awe wasn’t invited to the national combine. Instead, he worked out for scouts at his pro day. He tested well when it came to the vertical jump and broad jump, but a human error cost him dearly.

“It all came down to the 40-yard dash,” he said. “I ran my 40-yard dash, and obviously, you ask your teammates who are running, and you ask your strength and conditioning coach, ‘what did (I) get?’ because they all have the hand timer. Everyone said ‘4.4 (seconds), or high 4.4 or low 4.5,’ which is a great time for a guy my size. I needed that.

“I had some (NFL) interest. The San Diego Chargers immediately talked to me, but what I realized was that there’s this website called NFLscoutdraft.com, and this website is the mecca for combine numbers. It looks like it was made in the 90s, like literally the beginning of the internet, and it still hasn’t changed.

The Lions would score on the very next play, but can we just appreciate this tackle from Micah Awe? pic.twitter.com/aYErOzPtPT

Awe ended up going undrafted in 2016, but he eventually signed a free-agent contract with the Tampa Bay Buccaneers. After signing with the Bucs’ practice squad after training camp, he was released just a few days later. Again, his false 40-yard dash time came back to haunt him.

“All they had written down was my name and 4.67, which was my 40-yard dash time. They weren’t at my pro day. Tampa Bay wasn’t there, but they went off the website.”

After being let go by the Bucs, he patiently waited by the phone for another NFL team to call. After sitting out the entire 2016 season, he decided to sign with the BC Lions. Awe had a strong rookie year that saw him make 54 defensive tackles and 16 more on special teams. The New York Jets signed him but released him before the start of training camp.

The Nigerian-born linebacker came back to Canada, played another season for BC before signing with the Argos 2019 and the Blue Bombers in 2020. Winnipeg released Awe coming out of the pandemic, and he landed with the Ottawa Redblacks. Once free agency began last February, Awe decided to wait for an NFL team to call. There was some interest, but nothing materialized. In May, he inked a deal with the BC Lions.

It’s important to note that Awe isn’t bitter or upset about the way things have played out. He’s happy that he still gets an opportunity to play professional football in the CFL, and he’s convinced that had he stuck in the NFL, he would’ve never created PurpleShift.

“If I would have gone in the first round, or got drafted, and someone clocked me at a 4.41 or 4.5 or a normal time, I would have never come up with this app. But because of my struggle, I just wanted to make sure no other athlete goes through this. If you deserve to get a chance, you should get a chance. That’s what I think. It’s not like you have to make the team, you just have to get the opportunity for anyone who deserves one. That’s why I’m thankful for the CFL because they gave me that second chance.”

Landing with the Alouettes

During his third stint with the Lions, Awe realized that he wasn’t going to get as much playing time as he initially thought. He chalks that up to a ‘miscommunication’ between he and the Lions. BC has opted to use two starting Canadian linebackers, which is less than ideal for an American, like Awe.

After being released on June 23rd, Awe was left without a team for what seemed like two incredibly long weeks, but that’s when Montreal called. After releasing starting middle linebacker Tre Watson, the Als had a need at the position, and GM Danny Maciocia wanted a veteran in that spot.

Awe has been a nice fit in defensive coordinator Noel Thorpe’s defence. In eight games, he’s made 30 defensive tackles, three on special teams, and he’s recovered one fumble. Between Weeks 7-13, he registered at least four defensive tackles in every game.

“At the end of the day, I just really wanted to play,” he said. “That’s what it came down to. I’m 28, I’m real young and I just wanted to play. I wanted (BC) to know that I was going to try to earn a spot, and then they told me it wasn’t going to work out.

“That two weeks off was horrible. The season started already, I had all these goals and aspirations, and as each game goes by, those goals are kind of dwindling.

“Two weeks later, I finally got the call from Danny and Montreal, and I was ready to go. I had already thought about teams I could fit with, and you start creating this vision in your mind. The moment Montreal called I knew it (was the right fit). I’m so thankful. That’s why I stay (at the practice facility) until 6 pm every day because I’d rather be doing that than being at home. I remember being at home wishing I could watch film.”