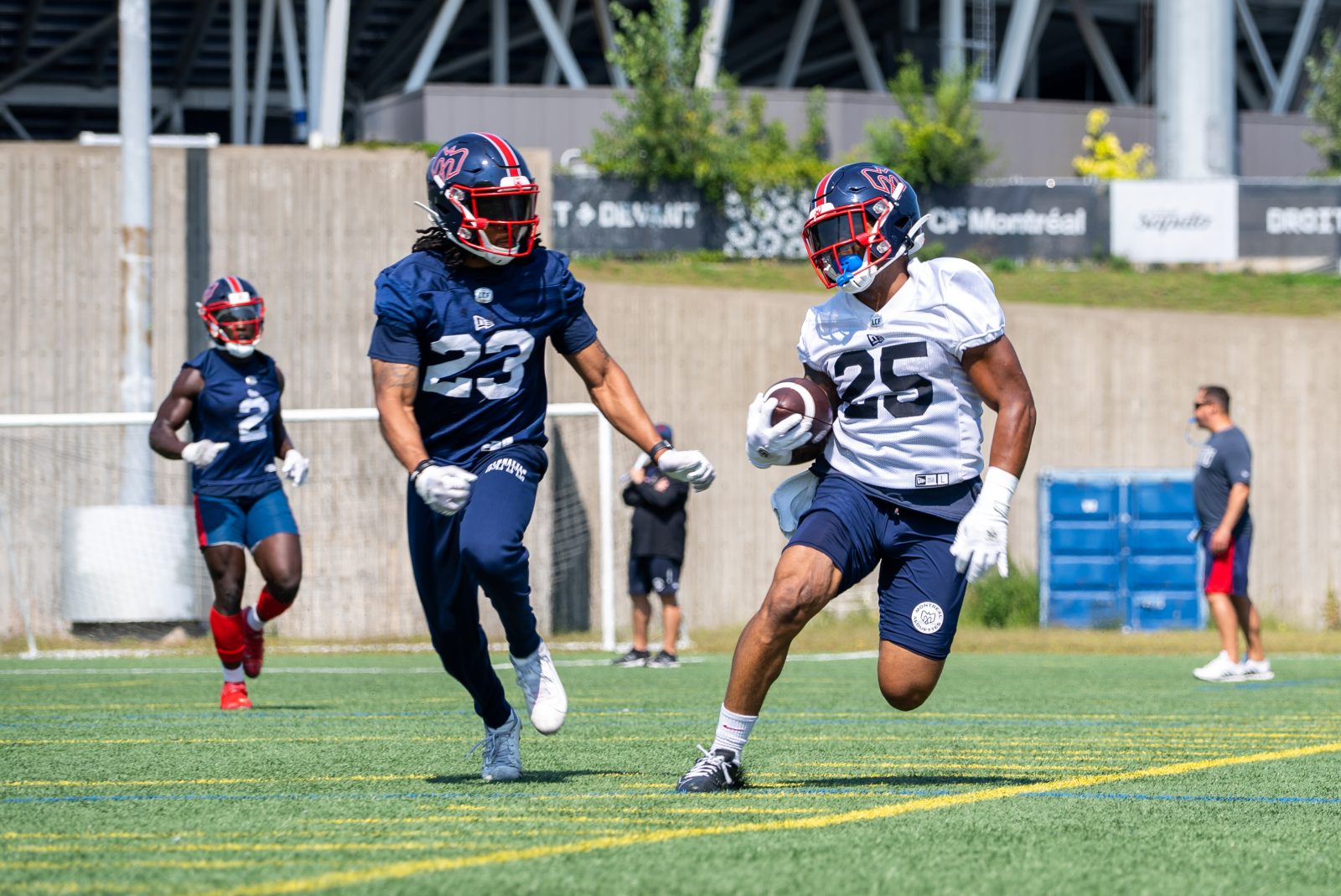 Trades aren’t as common in football as they are in other sports like hockey, baseball, or basketball, but every so often you’ll see an aggressive one aimed to improve a team right away. That’s what Alouettes general manager Danny Maciocia did last week.

Hours after trading Vernon Adams Jr. to the B.C. Lions, Maciocia bolstered his team’s roster by acquiring defensive end Thomas Costigan and defensive back Nafees Lyon from the Edmonton Elks for defensive end Avery Ellis and a third-round draft pick in 2023.

Trades aren’t as common in football because it takes time for players to pick up a new scheme. And unlike other sports, the CFL only plays 18 games per season. But this is a transaction that makes more sense from an Als perspective because both Costigan and Lyon played for defensive coordinator Noel Thorpe in Edmonton last season.

“I was definitely caught off guard (by the trade), but I’m definitely blessed with the opportunity to play here,” Lyon said after Monday’s practice. “I’m familiar with how Thorpe runs his defence because he was in Edmonton last year. It’s nothing new to me. It’s easy to adjust.

“I think I’m ahead of the game because it’s mostly the same concepts from last year. I already ran them last year, so looking back at it, I already know what to do and how he wants to me play. It’s easy to adjust to it and I feel like I can make plays in (Thorpe’s system).”

Lyon isn’t the biggest body in the secondary (he’s listed at 5-foot-10), but what he doesn’t have in size, he makes up for in physicality.

“I’m an aggressive corner that likes to tackle well,” the 25-year-old said. “I can cover, make some plays, catch a pick, I have some sacks, forced fumbles as well. I’m definitely going to try to add value to this team and do what I can to help this team win games.”

Lyon has accumulated 25 tackles, one sack, one interception and a forced fumble in eight games with the Elks in 2022.

Costigan is going to take Ellis’ spot in the lineup. The 25-year-old has a relentless motor on defence and special teams, and he should be able to help the team get after the quarterback as soon as this Friday against the B.C. Lions.

“I love to pass rush,” Costigan said. “It’s an art form in my eyes. I love getting after the QB, and there’s no greater play in football than a strip-sack. I’m a player that’s going to give it my all every snap, and I’m going to get after the QB, that’s for sure.

“Like I said, I put everything out there when I play, so it’s good to see another GM recognizing that and wanting to get me here. I’m really excited to be here.”

Both players are expected to be available for this Friday’s game against the Lions at Percival Molson Stadium. Lyon was lined up at corner on the short side of the field in practice this week, while Costigan saw a lot of action on the defensive line during the on-field sessions.

“They already have a great team here. That’s why they’re in second place in the East,” added the defensive lineman, who played college football at Bryant University. “We’re just looking to fill those spots that they might need and contribute in any way possible. If we can do that, manage to get into the playoffs and make a run, it’ll be exciting.”

The Alouettes made some moves on Monday, as they have released linebacker Josh Harvey-Clemons and kick-returner Warren Newman from the practice roster. The team also signed running back Jerry Howard Jr. (Towson) and defensive lineman Jabari Ellis (South Carolina).

Howard Jr. joins the Alouettes less than a week after the team released suspended running back Tavien Feaster. Howard, 23, is listen at 6-feet, 230 pounds. He appears to be a very physical runner.

Ellis joins the Als after a brief stint in the NFL. The 24-year-old went undrafted in 2022 NFL Draft, but he signed a free-agent deal with the New York Giants. He was cut in July.