Tyson Philpot is back! 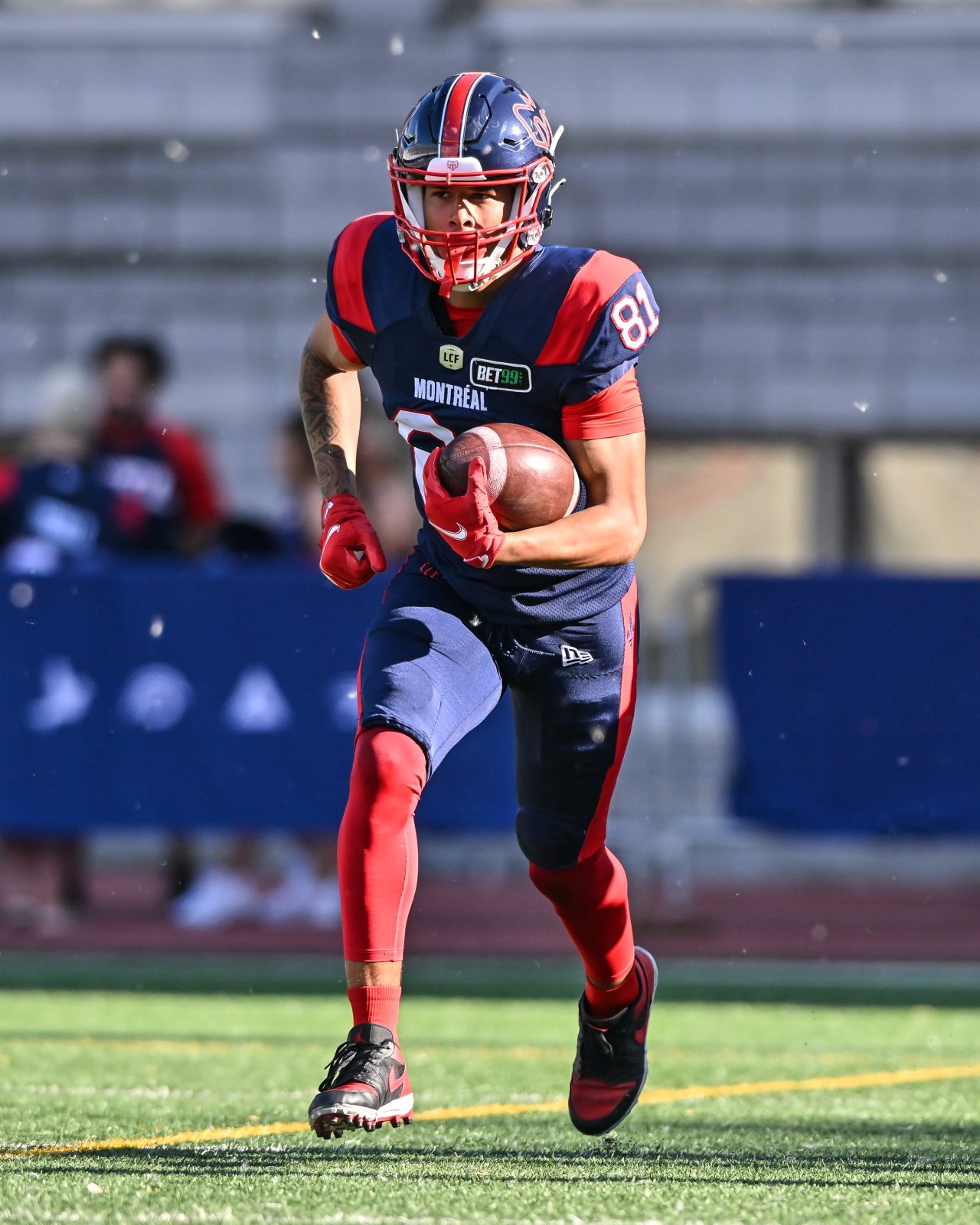 Tyson Philpot is back!

PHILPOT, TYSON #81 of the Montreal Alouettes

Football can be a violent game. That became obvious late in the second quarter of the Alouettes’ last game against the Hamilton Tiger-Cats when receiver Tyson Philpot was literally knocked out by a pair of Ticats defenders. Even though he didn’t return to the game, it was nice to see Philpot celebrate with his teammates on the field after kicker David Cote hit the game-winning 48-yard field goal with no time left on the clock.

With just under five minutes remaining in the half and the Als driving deep in Hamilton territory, quarterback Trevor Harris pump-faked a hitch screen to his left in Philpot’s direction. The Ticats had that covered, so Harris briefly scrambled to his right only briefly. When the 36-year-old was forced to run back to his left, Philpot sensed his quarterback was in trouble, so he took off up the field and got open. Harris threw the ball in the rookie’s direction, and that’s when Ticats defenders Desmond Lawrence and Kameron Kelly converged. Philpot’s helmet was knocked off his head. He remained down for a while before exiting the field of play. He was quickly ruled out because he had to go into concussion protocol.

Thankfully, the 22-year-old is fine, and he was able to return to practice after the players enjoyed a full week off.

“I’ve been feeling great,” Philpot said after Monday’s practice. “Obviously, it was a little bit of a scary hit. I’ve never been unconscious before. I did everything I could during the bye week to make sure that I was healthy. I was ready to go by Wednesday, so no long-term stuff. We’re back to practice 100 percent and just excited to get back on the field.

“I would say I was definitely a little woozy after the hit, but after watching it, I can kind of gauge what happened. It’s a football play, stuff happens. I know we play (Hamilton) again in three weeks, so we’ll make it happen.

“(The doctors) were saying that there was nowhere for my neck to go. That’s kind of why I was unconscious because they both hit me from both sides. I felt like it was a helmet-to-helmet hit, but there was no fine, so the league knows best. All I can do right now is just to make sure we take every week as we go, but I have Sep. 23rd marked on my calendar for sure.”

Prior to the game, Alouettes general manager and interim head coach Danny Maciocia mentioned that the offensive coaching staff wanted to get Philpot more involved in the offence. They felt like they were going to be able to do so because they didn’t need to lean on him as much in the return game due to Chandler Worthy’s return to the lineup.

And he was much more involved. Despite playing less than a half, he finished the game with three receptions for 51 yards, which put him on pace for his first 100-yard game as a pro. Ultimately, that didn’t happen, but he’ll get another opportunity this Friday night at Molson Stadium against the Ottawa Redblacks.

Even though he didn’t have any concussion symptoms in the days following the game, there’s no denying that the hit was scary. It’s impossible to step onto the field and be effective if you’re hesitant. Philpot realizes that and he doesn’t believe that will be on his mind when he suits up in the next game.

“No hesitation at all,” added Philpot. “I was on the field during the bye week, too, getting some work in. I stayed (in Montreal). I think it’s just a football play. I know it’s going to happen; it happens to other people too. I just have to be mentally prepared and play ball.”

The ninth overall pick in the 2022 CFL Draft has made an immediate impact in the pro ranks. Through 10 games, he has 11 receptions for 166 yards and a pair of touchdowns. He’s also been clutch on special teams as a returner and as a blocker. There’s a legitimate argument to be made that he’s been the most impactful player from this year’s draft class.