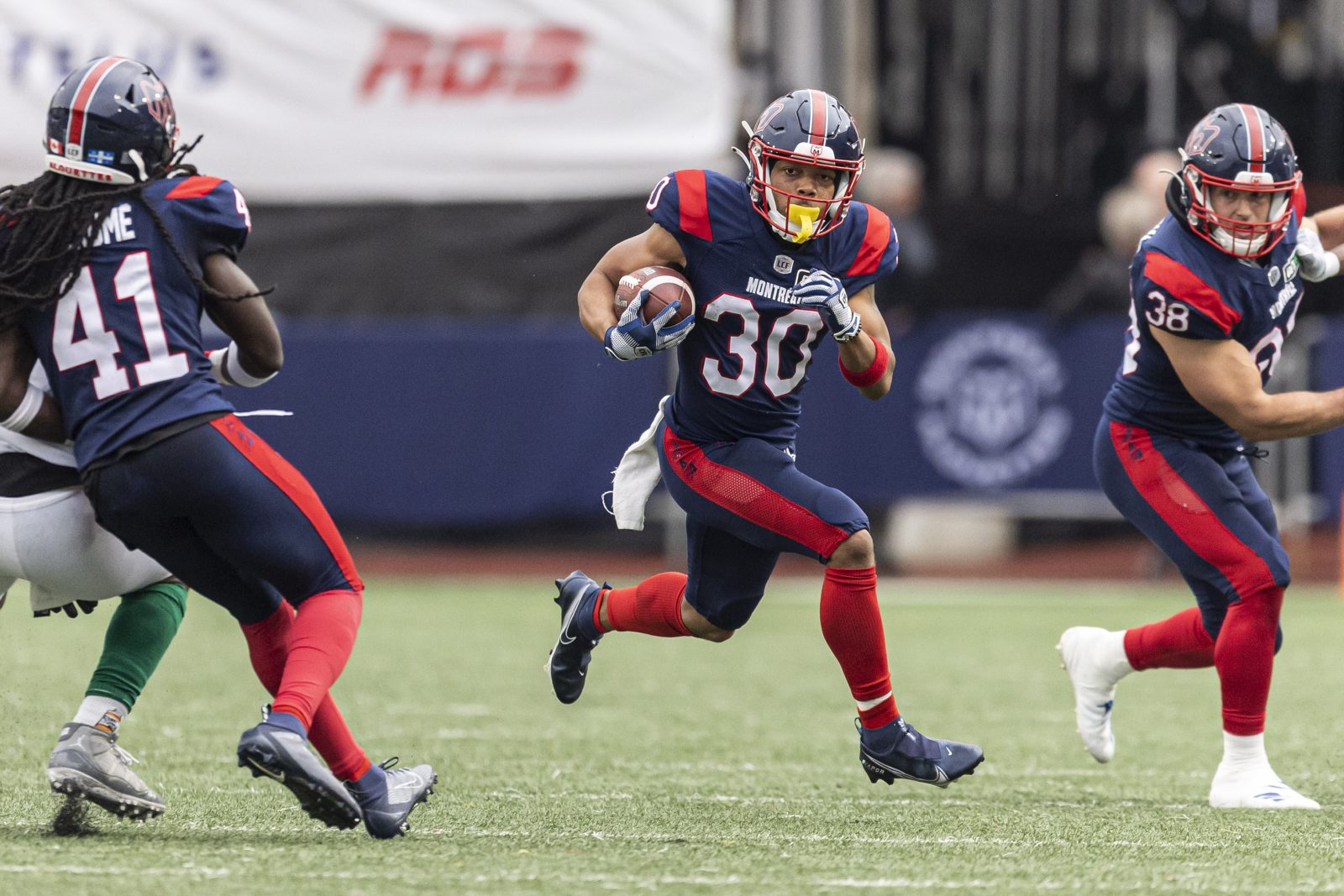 The Alouettes and Ticats will play each other for the second time this season. They’ll have another meeting at Percival Molson Stadium on Sep. 23. This is a huge game for both sides, as they are tied for second in the East Division with a 3-6 record.

Reminder: Saturday is the ‘Family Day’ game at the stadium. The tailgate begins at 1:30 pm in the park next to Molson Stadium. Children also get into the building for just $5! You don’t want to miss any of the festivities!

Reminder II: No matter where you watch the game, make sure to visit the Alouettes Facebook page as soon as it’s over, as there will be a live postgame show with players stopping by for interviews.

Here’s everything you need to know about the matchup:

Worthy (lower body) is back after missing both Winnipeg games due to injury. Rookie Tyson Philpot did an admirable job filling in for Worthy, too (more on that later), but getting your primary kick-returner back is always a plus.

The 28-year-old participated in practice at Percival Molson Stadium on Wednesday, and he looked very comfortable and very fast on the field.

Despite playing in just six games, Worthy is currently the only player in the CFL to score two kick-off return touchdowns in 2022. He’s also third in the league in kick-off return yards despite handling 11 and eight fewer kickoffs than Terry Williams (OTT) and Lawrence Woods (HAM), who are both ahead of him in that category.

“We just have to keep doing what we’re doing,” interim head coach and GM Danny Maciocia said on Wednesday. “We’ve been plug-and-play with both (Worthy and Philpot). We hope that we can continue being plug-and-play and being productive.”

Worthy’s return means that we may see Philpot return fewer balls, which is a shame given how productive he’s been. But it could be a good thing for those wanting to see him run more routes as a receiver.

Through nine games, the 22-year-old has eight receptions on 10 targets for 115 yards and two touchdowns. He hasn’t seen much of the ball, but he makes something happen every time it’s in his hands.

“We’ll have our premium returner back knowing full well that we can put Tyson in at any point in time,” added Maciocia. “It also spares him an opportunity to get more reps on offence, as far as Philpot is concerned.”

Not only is the rookie dynamic with the ball, but he’s also shown that he can make tackles and key blocks on special teams. He has an incredibly bright future ahead of him.

It looks like the Alouettes will go with a third different starting running back in the last three games. Of course, that doesn’t mean as much as you might think because Canadian Jeshrun Antwi gets his share of touches regardless of where he’s listed on the depth chart.

It looks like the American running back on the roster this week will be Walter Fletcher. Tavien Feaster, who started in Winnipeg last Thursday, is dealing with an injury. He was able to practice on a limited basis but isn’t 100 percent healthy.

Fletcher has suited up in five games with the Alouettes since being acquired in a trade with the Edmonton Elks earlier this season. He’s more of a change-of-pace/speed type of running back, whereas Feaster and Antwi have more of a power style.

The 25-year-old was last in the lineup on July 28 against the Ticats. His best game as an Alouette came on July 2nd against the Riders when he had 40 rushing yards.

Get ready for Saturday's clash against the Ticats with @joeyalfieri's preview! pic.twitter.com/JIqP9xkZ5Q

The Ticats will start former Alouette Matthew Shiltz at quarterback on Saturday afternoon, with starter Dane Evans serving as the “third-stringer” because of an injury. The 29-year-old left the Als for the Ticats in free agency last winter.

The Hamilton quarterback came into the first meeting off the bench in late July. He finished 7-for-10 with 44 yards passing, no touchdowns and no interceptions. He also ran the ball four times for 42 yards.

“He’s put in his time in this league, so he knows the league,” Maciocia said of Shiltz. “He started a handful of games when he was here throughout his career. He’s at his best when he’s using his feet. We’re well aware of that. He can make a lot of throws. He’s very smart, very intelligent. He puts in work with film study. We’re going to have to find a way to contain him.”