Alouettes Come Back To Beat Bombers In Overtime 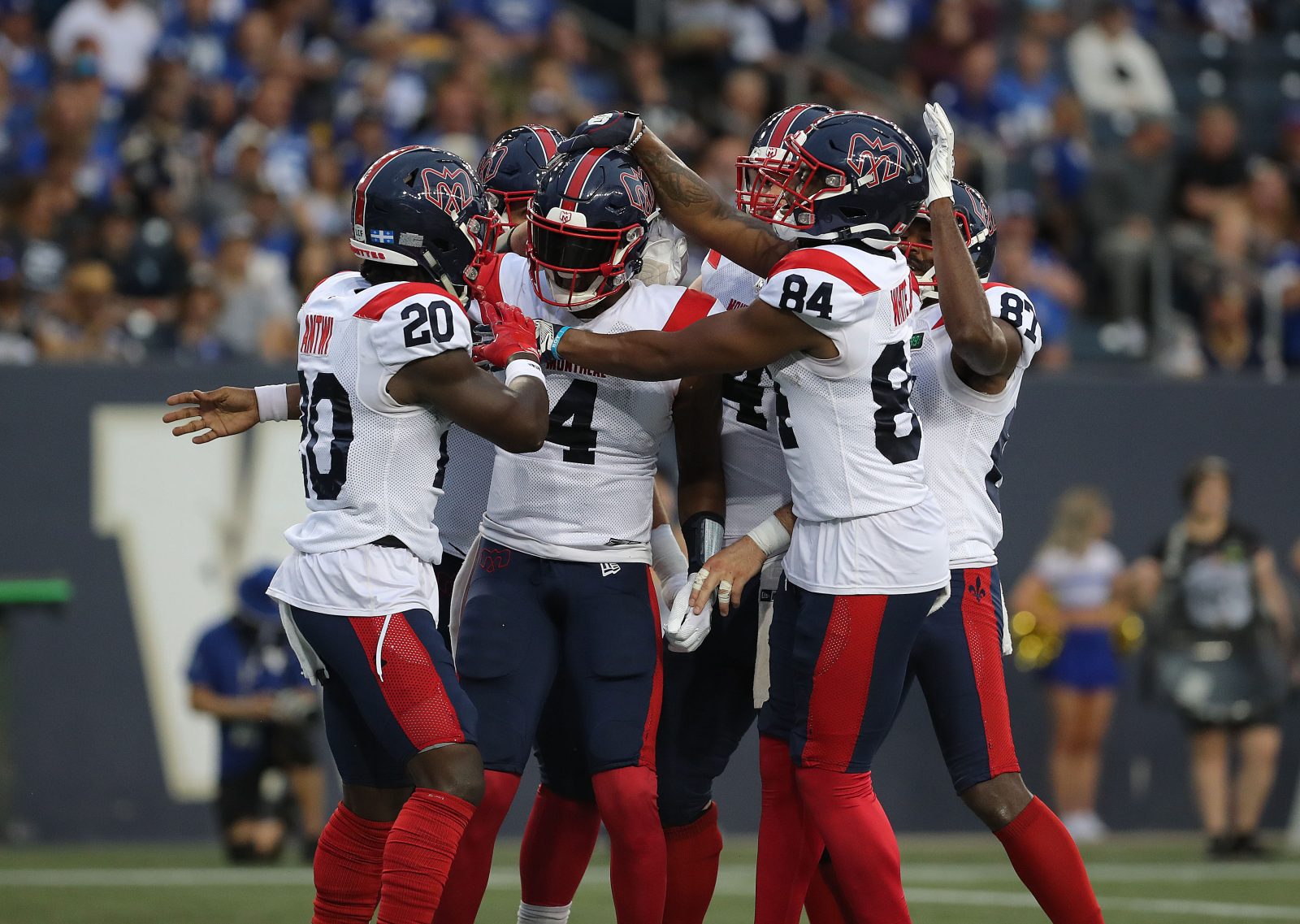 Alouettes Come Back To Beat Bombers In Overtime

Where do you even begin with a game like that?

This season hasn’t been the easiest. There have been some very difficult losses, tough fourth quarters, but the Alouettes showed what they were made of in Winnipeg on Thursday night.

If you missed the Alouettes post-game show on Facebook Live…you can watch it by clicking this link: https://fb.watch/eRUHr9Y4P1/

There’s a lot I want to get to, so let’s jump right into it:

I don’t really believe in luck. I feel like that all kind of balances out over the course of an 18-game season. Of course, Winnipeg kicker Marc Liegghio missing a potential game-winning field goal with no time left in regulation was a big break. And then he missed the game-tying attempt in overtime, which put an end to the game.

In the end, two kicks decided the game, but don’t overlook what the Alouettes did in enemy territory. They kept the game close enough, and they put the Bombers in a pressure situation.

“When (Liegghio) stepped onto the field, there was a challenge,” interim head coach and GM Danny Maciocia said after the game. “I noticed that the kicker stayed on the field. He was looking at the goalposts, and maybe he was trying to visualize the ball going through the uprights. I didn’t see him as someone that was very comfortable in that situation. I’d be lying if I said I thought he was going to hit the post, but I thought he could miss the field goal attempt.”

There were several opportunities where this team could have thrown in the towel on Thursday night, but they showed that that’s not them.

After David Cote missed his first-half field goal attempt, the defence came on the field and got a stop (Cote also bounced back, by the way). After the Bombers took a seven-point lead in the fourth quarter, they could have had flashbacks to last week, but they didn’t.

That was a character win in front of 31,000 screaming Blue Bombers fans.

Moore was acquired from the Edmonton Elks during the off-season, and he’s been good for the Als all year. But he took his game to another level on Thursday night. Not only did he make five tackles, he also registered two quarterback sacks and he was always around Blue Bombers quarterback Zach Collaros.

“I definitely felt it,” Moore said when he was asked if this was his best game as an Alouette. “Early in the game, we showed that we were going to keep coming (after the quarterback) and they can’t stop us, and they knew it.”

It wasn’t just Moore though. The entire defence was swarming at IG Field last night. Mike Wakefield, Avery Ellis and Wes Sutton also came up with sacks. It’s becoming abundantly clear that the players have started to understand what defensive coordinator Noel Thorpe expects from them.

In fairness to the defence, they were brilliant in last week’s loss to the Bombers. They forced four turnovers and made Collaros scramble all night. The Bomber quarterback had to pick himself up off the turf a lot on Thursday, and the defence deserves credit for that.

The 2022 season hasn’t always been easy on Sutton. There was a tough adjustment period for him when Thorpe took over as defensive coordinator a little over a month ago. But like the defence, Sutton has played his two best games of the season in the last two weeks.

The 26-year-old had an interception last week and he made two massive plays last night. First, he stripped Collaros on a blitz in the fourth quarter. Ellis recovered the ball, and that basically gave the Alouettes new life.

“We had a big adjustment throughout the season,” Sutton said of the coaching changes the Alouettes made earlier in 2022. “We’re all dogs in the back end. Up front, with our linebackers, we just had to keep gelling together. It takes time. We were able to put it on display, and we got the win.”

Sutton also broke up a pass in overtime on second down to force the Bombers into a field goal attempt, which they ended up missing.

“I mean, the way they’ve been calling it, I was a little nervous,” Sutton said of his pass-breakup in overtime that ended up being challenged by Winnipeg. “I was saying my prayers. It turned out it wasn’t pass interference. And I knew it wasn’t, but just the way that they had been calling the games so far, it’s real tight with the pass interference call. I’m just grateful it went our way (laughs).”

Again, it’s tough to single out just a few players on defence because they were all so good, but I wanted to make sure Sutton got some love for his performance.

It wasn’t perfect on offence, but that was a gritty performance on the road for the unit.

They opened the scoring in the second quarter on a Dom Davis touchdown. Points were tougher to come by after that. They still found a way to get it done.

A lot was made of Trevor Harris’ back injury, which limited him in practice all week. Harris did exactly what he had to do. He protected the football and had huge completions to Kaion Julien-Grant, Jake Wieneke and Reggie White Jr. Julien-Grant also drew a huge pass interference call on Winnipeg’s all-star corner Winston Rose in the second quarter.

Harris got the Als in scoring position late in regulation, which set up a second Davis touchdown. Harris didn’t throw a touchdown pass in the win, but he also didn’t turn the ball over.

Credit also has to go to the offensive line. Not only did they give Harris time to throw the ball, but they also opened up some nice running lanes for running backs Jeshrun Antwi and Tavien Feaster.

The coaches used a few different combinations on the offensive line during practice this week, but they stuck with the original five starters for most of the night. Nick Callender, Phil Gagnon, Sean Jamieson, Kristian Matte and Landon Rice. David Brown and Pier-Olivier Lestage also contributed at different times too.

“I’m going to go watch the game and see for sure, obviously, but during the game it felt like things were going pretty well for us,” Jamieson said. “Not perfect. In a crowd like this, with 30,000 people, it’s tough. We hung in there, did what we could do and it worked out well obviously.”

The win was particularly meaningful for Jamieson and Rice, who are both from Manitoba.

“As far as being in front of friends and family, it was awesome to win the game,” the former Western Mustang added. “Even more so to get the record back on track and get the season rolling. We just have to carry this moving forward. Doing it in Winnipeg, it meant more to me, but as far as what it means to the team, it’s great. I’m excited to move forward and keep this rolling.”

The Alouettes will enjoy a “long week” because they’ll have some additional time to prepare for their next opponent.

The Hamilton Tiger-Cats will be at Percival Molson Stadium on Saturday, August 20th at 4pm. That will be a huge East Division clash for both teams, as Montreal and Hamilton are neck-and-neck in the standings.

The game against the Ticats will be our FAMILY DAY for 2022. Kids get into the stadium for just $5. There’s plenty of special activities that will be taking place before, during and after the game. We’ll also have our first tailgate of the season.

The Alouettes played their hearts out in Winnipeg, and they deserve your support!