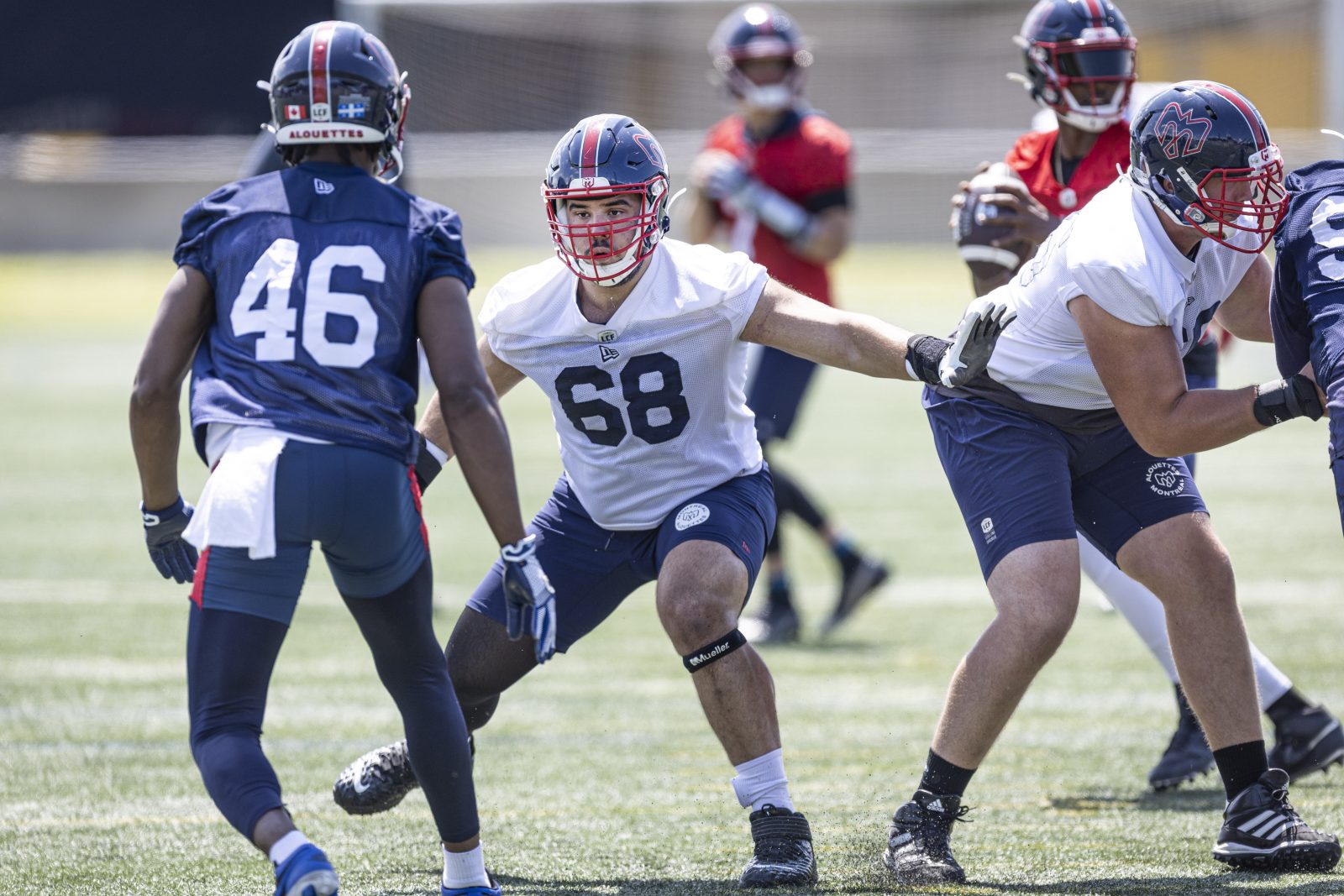 Lestage, Pier-Olivier #68 of the Montreal Alouettes

Joey Alfieri : How long do you think it’ll take you to adjust yourself to the Canadian game again now that you spent the last year in the NFL?

Pier-Olivier Lestage: I have no clue how long it’s going to take. I’ve gotten more and more comfortable with every practice. I feel comfortable. I realized that there’s more space on the field, so I have to play differently than I did in the NFL where there isn’t as much space, and you always have a guy in your face. I don’t think it’s going to take me long to adjust. I’m not an American player that has never played Canadian football. I played with these rules all my life, so I don’t think it’s going to be complicated.

JA: What position are you most comfortable at on the offensive line?

POL: I’m most comfortable at guard. I can play on the right or left side, that doesn’t bother me.

JA: What’s your favourite memory from your time with Danny Maciocia at the University of Montreal?

PL: My last year there was special. We won the Dunsmore Cup against Laval, we also won at Laval and it’s special to win there. We went to the Vanier Cup, but obviously we didn’t win. We would have loved to have won, but I still think that whole year was excellent. When I got the Alouettes facility on Friday, it felt like when I signed my commitment to go to the University of Montreal when Danny recruited me. It was a nice moment. I’m happy to work with Danny again and all the coaches and players. There are a lot of people I know here, so that makes it more fun.

JA: I know you learned a lot during your time in Seattle, but how difficult was it to practice and not be able to play games?

POL: It was frustrating, but I understood my role. In the first few weeks, you start to get that itch to play games because you don’t play games, you just get to practice. You have to continue to be patient, you have to tell yourself that this is just a step in the process, and that eventually you’re going to get the opportunity to play. You have to remind yourself that the players are that are playing now have already been in your shoes. Whether you’re a rookie or a veteran, that’s the way it works. But it’s definitely frustrating. You’d like to step on the field because you don’t get as many reps during a practice when you don’t play.

JA: Give me your best Russell Wilson or D.K. Metcalf story (laughs)?

POL: I wasn’t particularly close to those guys, but we went out to a restaurant with all the offensive linemen, and Russ was there. It was a really nice restaurant. I was looking at the menu and starting to calculate the prices (laughs). When the bill came, Russ took care of it. I never saw my bill. He just asked the waiter for everybody’s bill. I have no idea how expensive it ended up being and I don’t even want to guess the total. I was hoping that he was going to do that!

As for D.K. Metcalf, he’s really impressive. He shows up to the gym and he does just as much as you. That’s impressive and it’s not something you see with receivers very often. He’s also really calm, he’s a good person, and he’s humble too. There were some good people in Seattle, and I was really fortunate to be there.

JA: What did you order at that restaurant when Russell Wilson paid the bill?