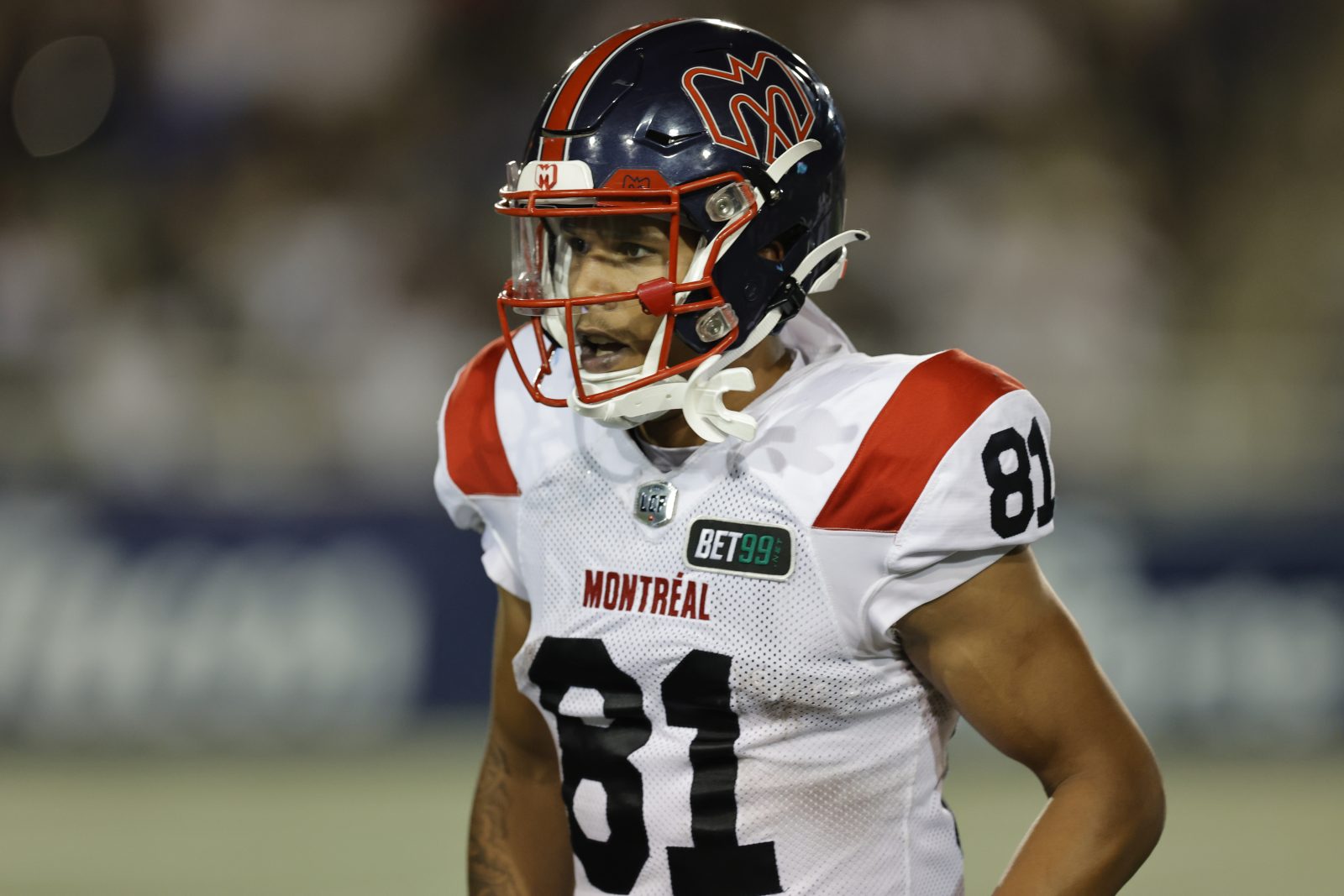 To be the champ, you have to beat the champ, and on Thursday night the Als dropped a 35-20 decision to the Winnipeg Blue Bombers. They played hard, made a lot of key plays on defence but they simply came up short.

If you missed the Alouettes postgame show on Facebook Live, you can watch it right here: https://fb.watch/eIoOTE40ZN/

Here’s what stood out on Thursday night:

NOT CAPITALIZING ON TURNOVERS:

The Alouettes defence played a very solid game. Not only did they limit Bombers quarterback Zach Collaros to a 57.7 percent completion percentage, they also picked him off three different times.

In total, the Als forced four Winnipeg turnovers. The problem is that they only managed to score three points off those turnovers. Clearly, that’s not enough when you play a team that knows how to win games.

“It hurt our team,” running back Jeshrun Antwi said of the offence’s inability to capitalize on Winnipeg’s turnovers. “We’re not pointing blame. We know we have to go back to work as an offence, as a team in general. Defence played well, special teams played well. We need to come together and play complimentary football, meaning all three phases of the game. We have no other choice. We’re going to go back to the drawing board, watch the film with the coaches, clean up, and go back to Winnipeg next week.”

If you’re looking for positives, it’s that the defence forced Collaros into making bad decisions. We saw some significant progress from the unit tonight. This was the most complete game they’ve played under new defensive coordinator Noel Thorpe. They were able to get after the quarterback, too.

Linebacker Adarius Pickett, who forced a fumble, finished the game with a team-high nine tackles and two quarterback sacks.

Defensive back Najee Murray came up with a sack and an interception in the first half.

Wes Sutton and Marc-Antoine Dequoy also came up with interceptions for the Alouettes on Thursday night.

When they Alouettes were down eight points in the third quarter, rookie receiver Tyson Philpot turned the game on its head.

After Winnipeg receiver Rasheed Bailey’s touchdown made it 14-6 for the Bombers, Philpot responded by returning the ensuing kickoff 60 yards. He then capped off the drive by scoring a 15-yard touchdown, which eventually tied the game (Dom Davis scored a two-point convert to make it 14-14.

“(I feel) great,” Philpot said after the game. “Obviously, the wins aren’t there, but I just feel like I can help the team out in any way I can. To me, the catches don’t really matter. As long as I get on and make a play like I did today that helps the team out, that’s all I’m here to do.”

By the way, after the two-point conversion, Philpot jumped back on the field as part of the kick-off coverage team, and he came up with a special teams tackle.

“The team needs me,” added Philpot. “I actually got caught lacking on the sideline (laughs). Coach Byron (Archambault) called me out and said I needed to be out there (on special teams). I know my role on this team, and that’s to make plays whenever I can.”

The ninth overall pick in the 2022 Canadian Draft is the real deal.

Heading into the fourth quarter, the scored was tied, 14-14. The game was certainly within reach at that point, but the Als couldn’t hang on.

They allowed the Bombers to go ahead on a Dakota Prukop one-yard touchdown. The game was then put to bed when Winnipeg kick-returner Janarion Grant scored a punt-return touchdown to make it 28-14 for his team.

“We just have to execute,” defensive back Rodney Randle Jr. said. “We had four turnovers. We just have to play complimentary football and execute in all three phases of the game.

“We didn’t do that tonight, obviously. Losing by that much…the last time I looked it was 7-6. And then we lose like that? That’s embarrassing.”

The Als (7) took fewer penalties than the Bombers (9), but Montreal was penalized for 77 yards while the Bombers got clipped for 51. The number of penalties taken weren’t unreasonable, but the timing of some of the penalties certainly hurt.

“We just had some undisciplined penalties,” receiver Geno Lewis admitted. “We got some turnovers and we need to give the quarterback more time (to throw the ball). We just have to want it more at the end of the day. We have to learn how to finish. We have to be a better team, and we all have to look at ourselves in the mirror right now.”

The Alouettes will be back on the practice field on Sunday. Make sure to check out the practice schedule on the team website this weekend to find out the times for each of this week’s sessions.

These two teams will go head-to-head again next Thursday night at IG Field in Winnipeg.