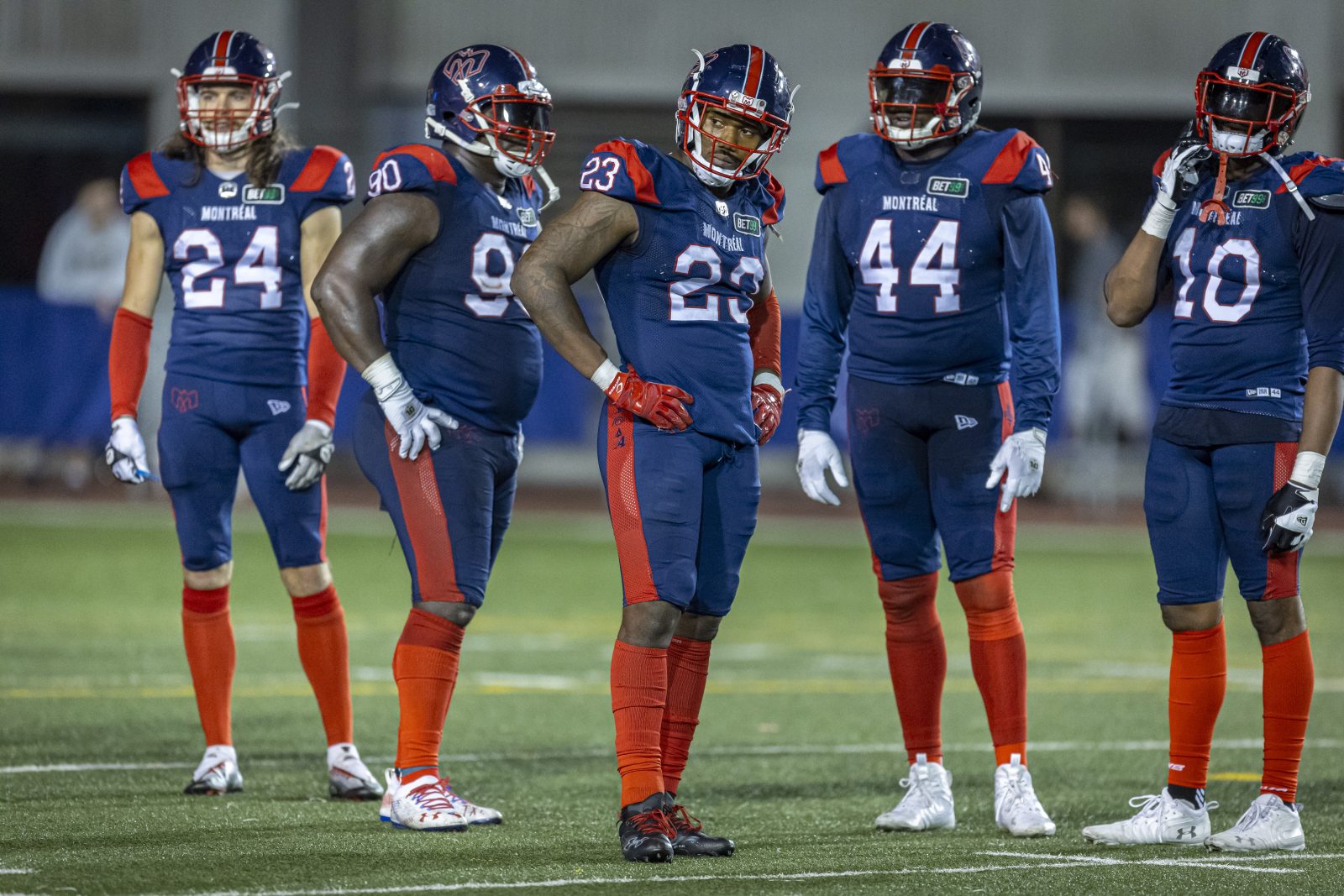 As far as losses go, Thursday night’s defeat to the Edmonton Elks was a rough one. Every loss hurts but dropping a 32-31 decision on your home field is a tough pill to swallow. How did the game get away from the Alouettes? What positives can be pulled from this game?

Did you miss the official Montreal Alouettes postgame show with Joey Alfieri on Facebook Live? Hear from players and head coach/GM Danny Maciocia after last night’s game. Reminder: there’s a live postgame show after every game, whether the Als are at home or away.

The lack of discipline came back to haunt the Als on Thursday night, as they were called for 193 yards on 13 penalties. Most of those yards were picked up on pass-interference calls by the secondary.

In fairness to the secondary, they’ve been pretty good for most of the season, but they had their hands full with Elks receivers Kenny Lawler and Derel Walker. There’s a reason those two players are some of the highest paid guys at their positions in the entire league. They make plays. So, tip of the cap to them, they were virtually uncoverable in the second half.

And the defensive backs weren’t the only ones to take bad penalties. Kick-returner Chandler Worthy had another outstanding game. Unfortunately, a few of his great returns were called back because of illegal blocks and holding calls on special teams.

“Most of the penalties came on pass interference calls on their receivers,” Maciocia said on the Alouettes postgame show.

“Those are the type of penalties that come when you don’t fully understand the new coverages or it’s the technique that’s off. It wasn’t roughing penalties. Those are things that we’re going to address this week. We have some work to do with our new defensive system. The guys will have to learn it and execute on the field.”

In the third quarter, it appeared as though the Alouettes had all the momentum. After Dom Davis scored his second touchdown of the night on a quarterback sneak, special teams coordinator Byron Archambault drew up a perfect onside kick, which kicker David Cote recovered.

Not only did the Als get the ball back, but they also had a 31-12 lead with just over seven minutes remaining in the third quarter. Unfortunately, everything turned on the ensuing offensive drive.

The Als were offside, and receiver Reggie White Jr. fumbled on the same play. Edmonton took over on the Montreal 52-yard line and everything seemed to shift their way after that point. The Elks scored a touchdown on that drive and came all the way back to win.

We shouldn’t just gloss over the decision to try an onside kick at that point. I loved it. Archambault continues to impress me this season. He found out he was going to be the coordinator of that unit just days before training camp. He didn’t have an entire off-season to prepare a gameplan for 2022. Time and time again this season, special teams have come through with big plays.

The White Jr. fumble isn’t the reason this game was lost. It may have shifted the momentum of the game at that time, but the team still had a 19-point lead. There was plenty of time to right the ship.

“We felt like we were a little comfortable in the first half just by being up by a few scores,” Davis said after the game. “We just came up lackadaisical (in the second half) and we kept them around. We just have to learn how to finish games.”

We’ll group the positives into one bullet point this week.

It was great to see rookie receiver Tyson Philpot score his first career CFL touchdown in the first quarter. That major gave the Als their first lead of the game (10-6) and they’d eventually go on a nice run leading up to half-time.

“I saw that (Edmonton) was bringing the house,” Philpot said postgame. “We worked on that play all week in the red zone. Geno (Lewis) motioned across; I was motioning back the other way. He’s a big-target guy, so everyone went with him, and it opened me up. It was good to get the first one.

“As soon as Trevor (Harris) pulled it, I was the only read, so I realized I must be open.”

The Als ended up scoring 24 unanswered points in the first half thanks to Philpot, Lewis and Davis.

Another Canadian, Marc-Antoine Dequoy, came within a hair of scoring off an interception for the second time this season.

He was pushed out of bounds at the one-yard line before Davis was able to punch a quarterback sneak into the Edmonton end zone.

If you were in the stadium last night, you were the first to find out about the blockbuster trade that was made with the Calgary Stampeders.

The Als acquired the rights to Canadian offensive lineman Laurent Duvernay-Tardif for a pair of conditional draft picks.

Here are the conditions: If LDT signs with the Als, Calgary receives a second-round pick in the following draft, and they have the option to swap first-round picks with the Als.

If Duvernay-Tardif were to sign in the CFL, it would have to be with the Alouettes. The 31-year-old is currently a free-agent, but there’s a realistic chance he could end up signing with an NFL team over the next few days/weeks.

We have just acquired the rights to offensive lineman Laurent Duvernay-Tardif! If he plays in the CFL, he’ll be doing so in his own backyard! 👉https://t.co/6zeMGO75xL pic.twitter.com/Vxqs8Q7f5P

It’s hard not to get excited about this one!