‘We just didn’t execute in the third quarter’: Alouettes lose in Regina 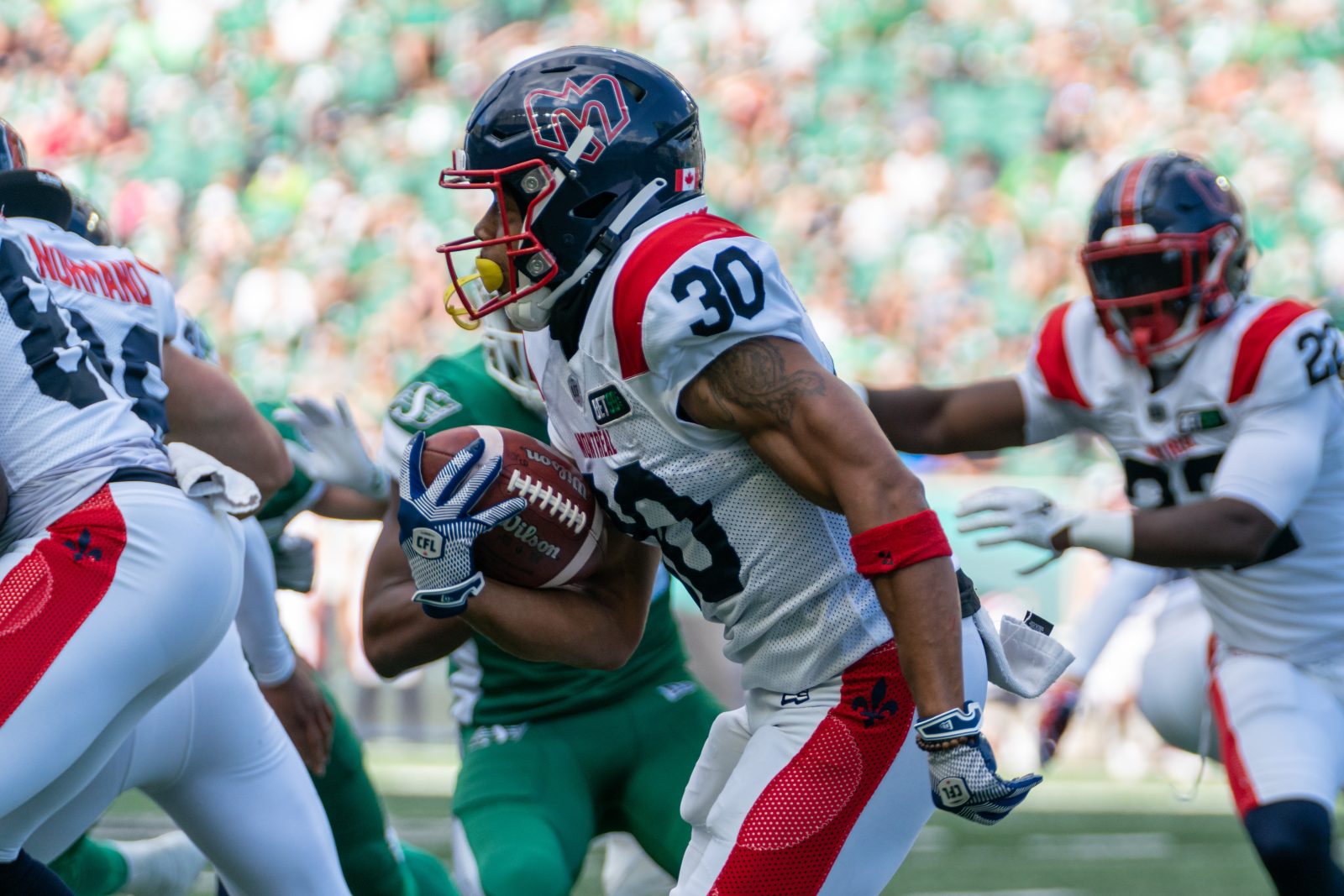 ‘We just didn’t execute in the third quarter’: Alouettes lose in Regina

Well, that was a tough one.

The Alouettes went on the road, played a strong first half, but struggled in the third quarter en route to a 41-20 loss against the Saskatchewan Roughriders.

The Als went into the half leading, 13-11, but came out of the third quarter down 32-13. It was an unfortunate turn of events, but there are many reasons why the game turned out this way.

You can watch the official Montreal Alouettes postgame show by clicking here.

Let’s look at what went wrong:

There’s no way around it, the third quarter performance really hurt the Alouettes tonight. They were outscored 21-0 in the frame, and they had very little time of possession in that frame.

“We just didn’t execute in the third quarter, and that’s really what this came down to,” quarterback Trevor Harris said after the loss. “In the fourth quarter, when we put ourselves in position to make it a one-score game, I just can’t turn it over in that situation. That one is going to eat me up all night.”

The Als decided to kick off to start the second half, which is a decision that is difficult to argue with. If you weren’t in Regina, you may not have realized that there was a stiff wind flying through the stadium. Head coach Khari Jones wanted the wind in the fourth quarter, and with the way the first half played out, it’s hard to argue with that decision.

The defence didn’t get a stop on the opening drive of the half, and things just got worse after that. The blame doesn’t fall on one person or one unit’s shoulders. It wasn’t good enough in all three phases of the game. Plain and simple.

“We’re figuring out who we are,” added Harris. “It’s a long season and a lot of people will write articles about a team when it’s four games into a season, but this story is still to be written about this team. I firmly believe we have what it takes. I think come September, October, we’re going to like what this team looks like.”

Both teams took a lot of penalties on Saturday. Does it balance out over the course of a 60-minute game? I don’t know. Some penalties came at more crucial times than others, but the Als will have to clean that part of their game up.

Some penalties extended Roughrider drives while others flipped the field position battle on its head.

In fairness to the 2022 edition of this team, they’ve been a relatively disciplined bunch. Outside of one half in Toronto, the Als haven’t taken very many bad penalties. There’s no denying it was a problem against the Riders, but it’s not a part of the game that worries me just yet.

The coaches will have to address it during the bye week and see how the players respond at home against the Elks on July 14th at Perceval Molson Stadium.

“There’s a few (issues to correct),” Jones told reporters after the game. “There’s always issues when you lose a game like that, but we’ll come back strong. I still believe we have the right people. We just have to come back and be ready. Saskatchewan had to do the same thing after losing and they were able to do that. Now, it’s our turn to do that.”

CHANDLER WORTHY DID IT AGAIN:

What more can you say about Worthy?

After taking the opening kickoff 88 yards for a touchdown last week, the 28-year-old did it all over again. Moments after the Riders scored their first touchdown of the game to take a 7-3 lead, Worthy scored to give the Als a 10-7 advantage.

According to the TSN broadcast, Worthy is the first player to score touchdowns on a kickoff in consecutive weeks in 69 years. That’s simply incredible.

The Alouettes respond with a TD of their own!🔥#CFL pic.twitter.com/0HlottJp6w

Yes, the team came up short tonight, but you have to acknowledge the Worthy pick up.

It was surprising to see the Argonauts release him so early in training camp. The Als scooped him up very quickly and he’s delivered some massive moments for them.

The unit itself has been a bright spot for this team. They’ve been talked about a lot through four games, but Byron Archambault’s unit has come to play early on this season.

READ MORE: ‘This is where I’m meant to win a championship’: Worthy ready to help Als get to top

The Alouettes lost a few players over the course of tonight’s game.

Linebackers and special teams contributors Fred Chagnon and Tyrell Richards both exited in the first half and did not return. Running back Jeshrun Antwi was unable to finish the game after taking a big hit in the third quarter.

Jones didn’t provide an update on any of their situations.

The Als will now go into the bye week with a 1-3 record, which still puts them second in the East Division.

“These are the games where you want to get back to the grind,” Harris said when asked about the timing of the bye.

“I wish we played tomorrow. That’s really what you feel. I know that people are going to feel beat up tomorrow because it’s typically the day after and the day after that are the days you feel beat up. Right now, you’re fuming a little bit as a competitor and as a player.”

Toronto, who is 1-1, will take on the Winnipeg Blue Bombers on Monday at BMO Field. Hamilton (0-4) and Ottawa (0-3) both dropped home games to Western Division opponents this week.