A Heartbreaker In Toronto 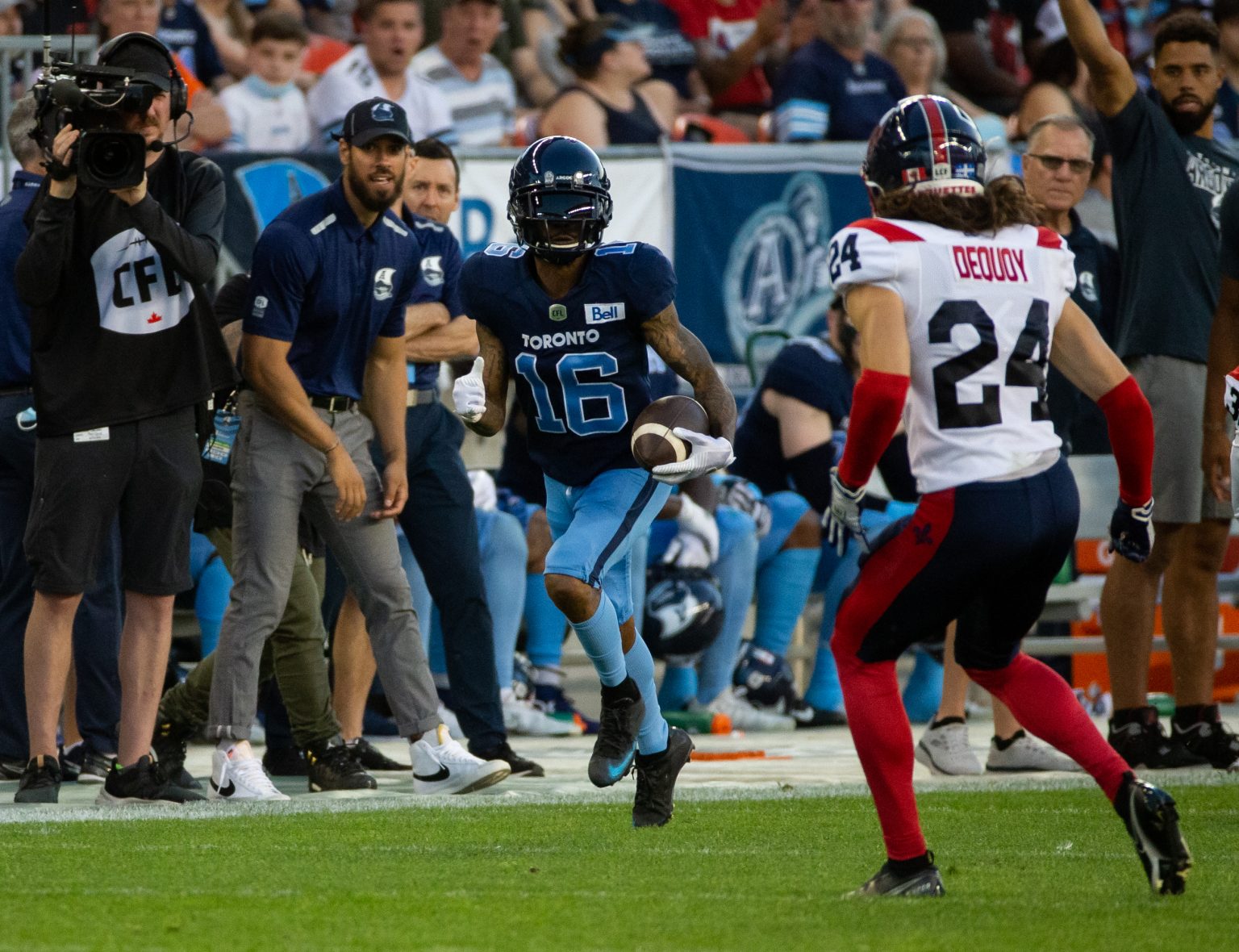 A Heartbreaker In Toronto

As far heartbreaking losses go, Thursday’s defeat at the hands of the Toronto Argonauts has to be near the top of the list. Just when it looked like the Als were going to exit BMO Field with a win, they were hit with a gut-punch.

I think David Cote is a terrific kicker. He had a strong rookie season and he was four-for-four heading into that final offensive drive. I realize that fans aren’t thrilled with the fact that he missed the go-ahead field goal from 21 yards out though. That’s a tough pill to swallow on the road when you’re just a few seconds away from getting your first win of the season.

“I didn’t see anything really,” head coach Khari Jones said after the game. “I just saw the referee say it was wide left. I know Cote is feeling it too. It’s a gut-punch. You hate for that to happen to a young kicker, but we needed it and it’s just unfortunate.”

There’s not much to say outside of that. Cote was also perfect in the preseason (4-for-4) and he had one kicked blocked last week, which wasn’t his fault. He’s already shown that he is capable of bouncing back from difficult moments. It was a tough miss, but I’m not worried about him going forward.

Harris saw his first action of the season starting in the second quarter of this game. He entered the game in relief of Vernon Adams Jr.

Harris finished the night 18-for-30 with 270 yards passing, no touchdowns and one interception. The 36-year-old has picked up an important 20 yards on three rushing attempts. His final run put the Als down at the one-yard line, when Dominique Davis scored the only touchdown of the game.

“I made my share of mistakes as well, we all did,” Harris said after the game. “We’ve got to have a little bit more of a sense of urgency from the jump. It was disappointing to have (the game) end like that for sure. It’s never one play or one player. You win as a team, you lose as a team. It’s the ultimate team sport.”

The offence sputtered through the first three quarters, as they only managed to pick up nine points through 45 minutes of action. Things changed in the fourth quarter though. The Als outscored the Argos 10-1 in the final 15 minutes and nearly escaped “the Six” with their first win of the season.

“We just got into a rhythm,” Harris added.

“Unfortunately, we just kept stalling down in the high red zone. We were able to kick some field goals, which was nice, but we need to finish drives with touchdowns.”

After the game, head coach Jones refused to name a starter for next week’s home opener against the Saskatchewan Roughriders.

When he was asked why he decided to make the switch from Adams Jr. to Harris, Jones said:

The Als trail 20-18 with just over 5 minutes remaining in the 4th quarter.#CFL pic.twitter.com/fK0ZIaA5v2

The Alouettes’ number one receiver continues to make plays. Last week, he finished with 112 yards receiving against the Calgary Stampeders and he was even more productive this week.

Lewis finished the game with seven receptions on 11 targets and he accumulated 127 yards. He also had a long catch negated by an offside penalty.

He continuously got open down the right sideline and he came up with a huge grab on third-and-10 with the team down by two points on their final offensive drive of the game. There’s no doubt that Harris is most comfortable throwing the ball in Lewis’ direction. Don’t expect that to stop anytime soon.

Early in 2022, it’s clear that when the offence needs a spark, they continue to go to number 87.

Reggie White Jr. came up with a few important grabs too. He finished the night with six receptions for 83 yards.

Defensive back Mike Jones may have had his first quarter interception overturned, but he turned in a solid performance overall.

Jones, who was signed as a free agent from the Winnipeg Blue Bombers this offseason, came up with some important stops throughout the night. Through two games, he’s shown that he has good cover skills, he can make plays on the ball and he’s physical.

Injuries have forced the Alouettes to make some changes in the secondary. With Greg Reid sidelined, Darius Williams stepped into the lineup and came up with his first career CFL interception.

He was initially credited with a pick-six, but after review he was ruled down by contact.

Penalties hurt in the first half:

Last week, I pointed out that the Als were very disciplined in Calgary. That wasn’t the case in the first half against Toronto.

Montreal finished with eight total penalties for 100 yards, but they managed to limit the flags in the second half, which led to them being able to sustain drives offensively.

“It was not a great half penalty-wise and I let them know at half-time,” added Jones. “It hurt us a lot. We just kept going backwards and kept giving up things. We can’t do that as a football team.”

Als middle linebacker Tre Watson Sr. and Argos offensive lineman Dejon Allen were both ejected for their involvement in a first-half scuffle.

The Als will begin a home-and-home series against the Saskatchewan Roughriders beginning at Perceval Molson Stadium next Thursday night. They’ll follow that up with a trip to Regina the following week.