Tyson Philpot stands out on Day 12 of Training Camp 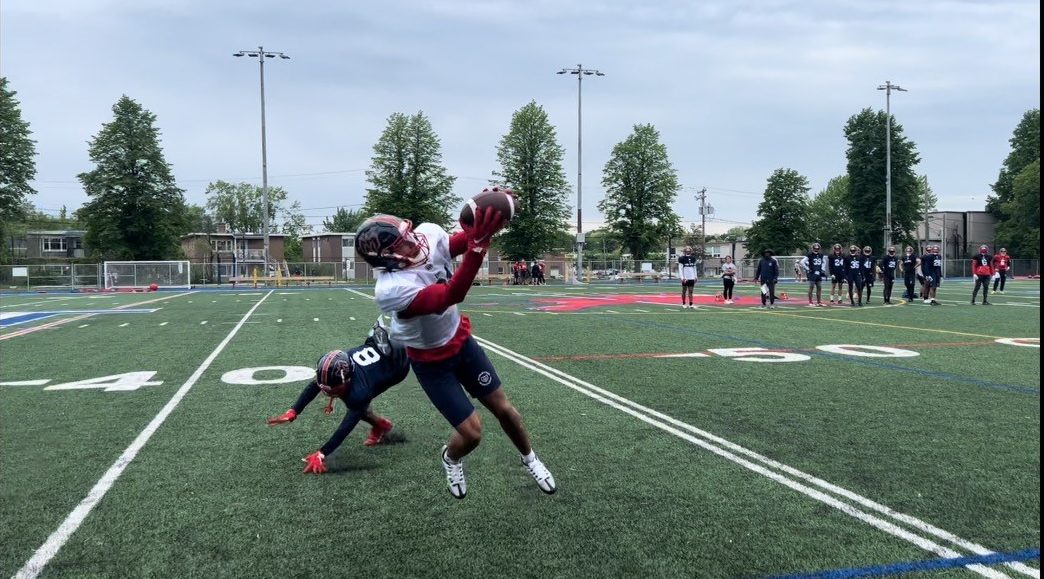 Tyson Philpot stands out on Day 12 of Training Camp

The Alouettes were on the field for the first time since their 25-23 preseason loss to the Hamilton Tiger-Cats on Saturday night.

After today, the team has just two full training camp practices remaining before they head to Montreal for Friday night’s exhibition game against the Ottawa Redblacks.

The Als will practice from 10am to noon tomorrow and Wednesday before a short walkthrough on Thursday.

GOOD NEWS ON THE INJURY FRONT

Running back William Stanback, linebacker Tyrell Richards and receiver Tyson Philpot were all back on the practice field today, while receivers Jake Wieneke and Vincent-Forbes Mombleau both got limited sessions in before jumping back on the sideline to do individual workouts.

Defensive back Najee Murray, who suffered a lower-body injury in Hamilton over the weekend, did not participate in today’s session. Head coach Khari Jones mentioned that the injury isn’t serious and that he could potentially play in the opener against Calgary on June 9th.

This was Philpot’s first full practice session as a pro. The Alouettes traded back up into the first round to select him ninth overall.

He participated in the opening day of camp but had been sidelined with an injury ever since. The 21-year-old certainly didn’t look out of place on the field. Philpot stepped right into a role in the starting offence because Hergy Mayala did not participate in today’s session.

The former Calgary Dino made a couple of impressive catches during one-on-one drills between the receivers and defensive backs, and he also made some plays during when the offence went head-to-head against the defence.

Philpot also got some work in on special teams, as he Mario Alford and Quan Bray all returned punts during today’s practice.

Kaion Julien-Grant continues to impress in camp. Like Philpot, Julien-Grant made a couple of tough catches during the one-on-one drills.

The 25-year-old played in all 14 games last season, and he started each game as the receiver on the wide side of the field.

Julien-Grant made just eight receptions for 133 yards in 2021, but those numbers could increase in a big way in 2022. He’s a player who stands to benefit from the narrower hashmarks because the throws to the wide side of the field have become much shorter.

On Sunday night, the Alouettes released eight players in order to get down below the 75-player limit (plus Canadian rookies).

Final cuts will be made after Friday’s home tilt against the Ottawa Redblacks.

The team also signed Canadian kicker Dante Brown, who was released by the Hamilton Tiger-Cats last week. Brown joins David Côté and Matt Mengel as the other kickers on the roster.

INSIDE THE LOCKER ROOM

If you haven’t heard coach Khari’s pre-game speeches, let us take you into the locker room. This video footage was shot prior to last weekend’s game against the Ticats.

The wise words of our coach @Khari17Jones have been long awaited, and hearing them live before a game is still as motivating😤 pic.twitter.com/jyNWq28o1Q