5 offensive players that could make some noise this preseason 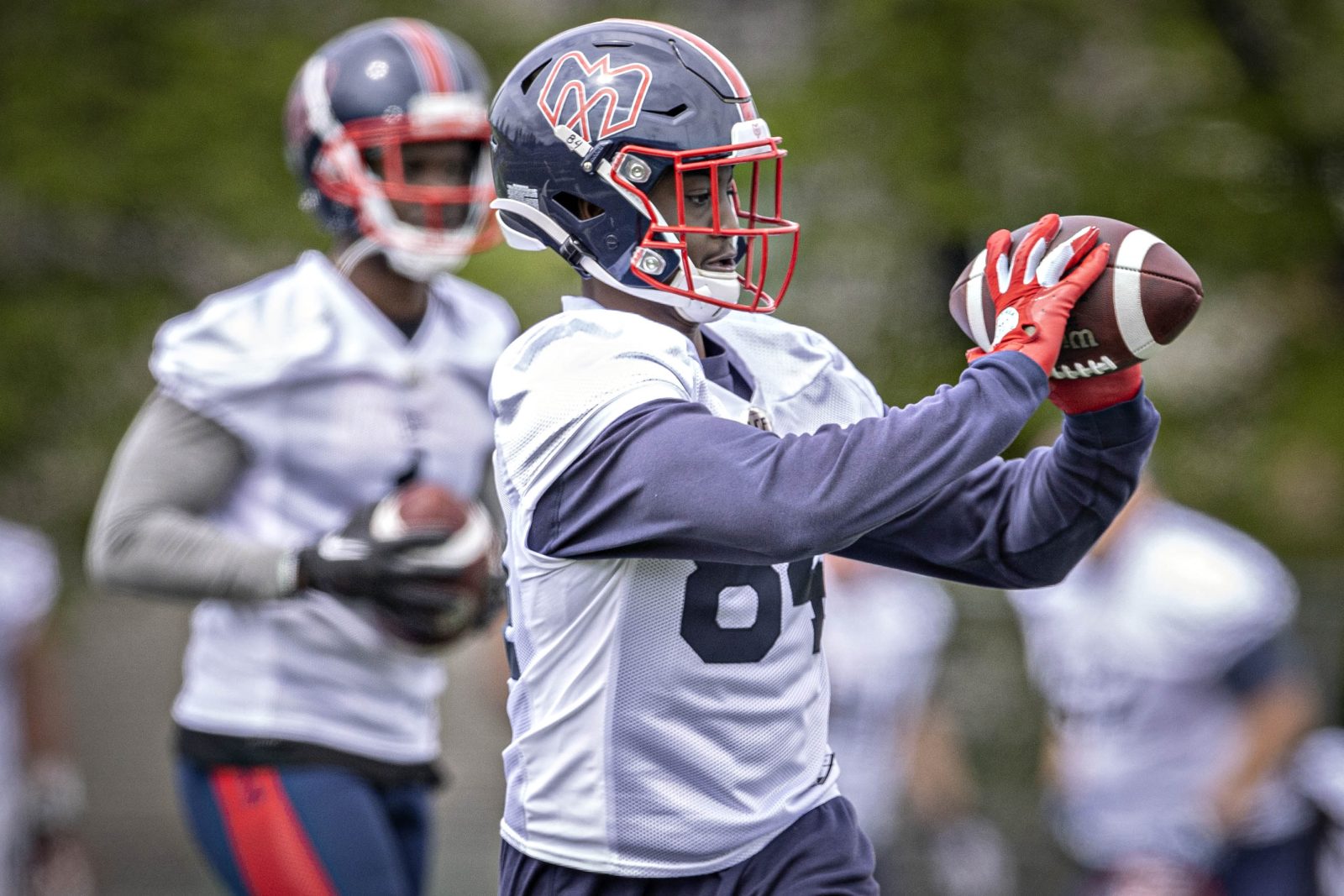 5 offensive players that could make some noise this preseason

The Alouettes will play two preseason games before the end of next week. They’ll take on the Tiger-Cats in Hamilton tomorrow night before returning home to wrap up training camp against the Ottawa Redblacks next Friday.

Outside of the usual stars, which players could make some noise this preseason?

White got his first taste of CFL game action in 2021, as he stepped into the starting lineup when B.J. Cunningham got injured. The 26-year-old finished last season with 177 yards on 18 receptions in five games. It looks like he’ll have a real opportunity to start at receiver if he puts together a strong preseason. White spent some time with the New York Giants before he landed in the CFL with the Alouettes.

Hogan looked very comfortable in the Alouettes offence on the first day of training camp. With Eugene Lewis and Jake Wieneke locked into starting roles, there may be more snaps on offence available for a newcomer like Hogan during the preseason. The benefit these young receivers have is that the Als are deep at quarterback, so there’s a good chance a veteran will be throwing them the ball in these exhibition games.

Absher has been with the Alouettes since 2019, but he’s been limited to just seven games in his career. The 28-year-old has good size (6-foot-3, 180 pounds) and he moves very well. He was the team’s leading receiver in their East Division Semi-Final lost to Edmonton in 2019. He could get into the starting lineup with a strong showing in training camp this preseason.

Receiver Dante Absher has had a nice training camp. He’s been working with the starters over the last few days #Alouettes

The Als discovered Brown during a Spring League game in 2021, and he ended up starting games for them last season. The former Stampeders draft pick played as a tackle at Western University, but he projects as an interior guy at the professional level. The 27-year-old dressed for 10 games last season and played centre when he got into the starting group. He’ll get some meaningful reps during exhibition season.

MORE: ‘Everybody has a right to live a life free of violence’: How David Brown is helping women, children in his hometown

Turner was signed a few days before the start of training camp. The 26-year-old got some CFL experience with the Ottawa Redblacks last season, and his best game came against the Alouettes in October. Turner rushed for 71 yards on just 10 carries at Percival Molson Stadium. With William Stanback locked into a starting role, Turner, who is also a big body, could see a good number of offensive snaps in the two exhibition games.