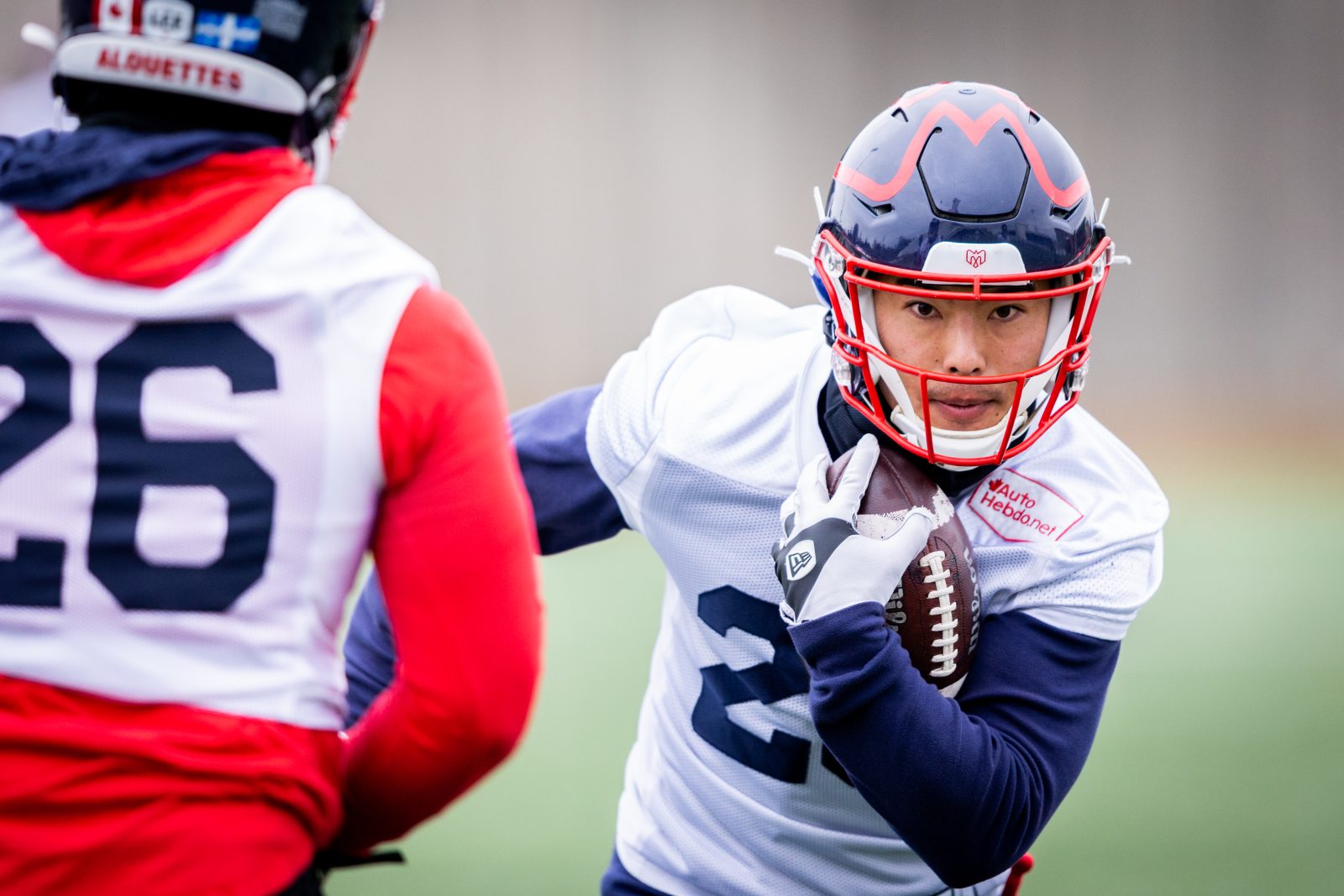 It was another humid day at Stade Diablos in Trois-Rivieres, Quebec. For the third day in a row, the players took the field for back-to-back practices.

Reminder: There will be no morning practices tomorrow because the team will be playing an intra-squad game at 7 pm ET.

For the second day in a row, a Global player stood out.

Running back Taku Lee had himself an impressive day on Sunday. The 27-year-old is coming off a season-ending knee injury in 2021, but he looks quicker than he did one year ago.

Lee showed some good burst and quickness during offensive reps today, and he also got a handful of snaps with the starting offence.

The 27-year-old suited up in four games with the Als last season and returned a couple of kicks for 48 total yards.

It’ll be interesting to see if Lee can build some more momentum heading into the first preseason game in Hamilton on May 28th. He could potentially contribute in a few ways on special teams this season.

Lee was selected in the third and final round (24th overall) of the 2021 Global Draft.

American receiver Dante Absher has spent the last couple of days working with the starting group of receivers. The third-year player has been one of the more consistent receivers in training camp

The 28-year-old made a great diving reception on a pass from Vernon Adams Jr. when the offence went up against the defence early in the session.

Absher has been patiently waiting for his role to increase with the Als. He was the team’s leading receiver in their 2019 East Division semi-final loss to Edmonton. He was limited to just five games in 2021.

In two seasons, he’s only played in seven games, but he’s had some productive days in limited action. He’s had performances of 81, 60, 44 and 46 yards receiving.

A couple of big preseason performances could put him in the conversation for more targets this season.

Wes Sutton came up with an interception today.

The 26-year-old started two first two games at field-side corner for the Alouettes in 2021 before going down to a season-ending injury. He came up with an interception in his second career game.

Since the start of this year’s camp, he’s been working as a safety. He’s taken some reps with the first-team offence, too.

If the Alouettes want to go with an American safety, he could be an intriguing option at some point this season.