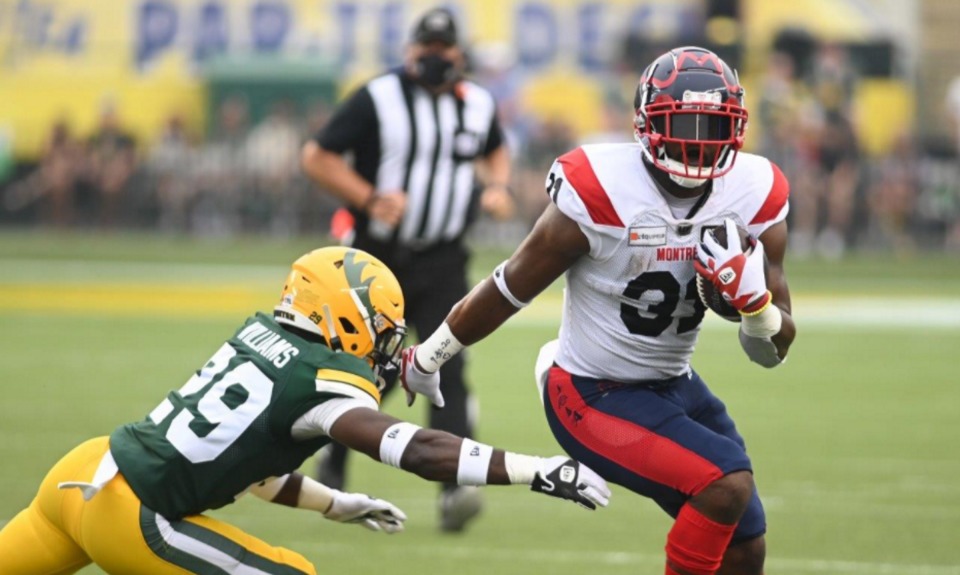 The Alouettes have had several great rivalries during their franchise’s history, but it’s hard to argue that it gets any better than Montreal vs. Edmonton. Not only are there players who have played for both teams on the current-day rosters, but this is a rivalry rich in tradition, too.

These two teams played in three straight Grey Cups from 1954-1956 (the Esks won all three). Older fans will remember the five Grey Cup clashes between these two teams from 1974 to 1979. Some of the newer fans can cling to the memories of the three championship games played from 2002 to 2005. So, fans on both sides will be able to recall moments where the opposition broke their heart on the biggest stage.

Edmonton has an 8-3 advantage in those head-to-head matchups, but the Als clearly won the most memorable of the matchups, which happened in 1977 at Olympic Stadium. The Alouettes crushed the Eskimos, 41-6, in a game that is now known as the Ice Bowl.

The 2002 Grey Cup will always be special because it was the first championship for the Als since their return to the CFL, and it was the first of three titles for Hall-of-Fame quarterback Anthony Calvillo.

These two teams last played each other in the playoffs in 2019. Edmonton, who were led by Trevor Harris that day, managed to come away with a 37-29 victory at Percival Molson Stadium that afternoon.

If we fast-forward back to today, there’s a lot of cross-over between these two teams. First, Als general manager Danny Maciocia served as head coach and general manager of the Esks. He was the coach when they defeated the Als in double overtime back in 2005.

Also, defensive coordinator Barron Miles worked on the Edmonton from 2016 to 2019 in player development and as a defensive backs coach.

Other current Als that have suited up for the Elks include Nick Usher, Almondo Sewell, Christophe Normand, Darius Williams, and a few others. So, there is clearly an Edmonton flavour to the Montreal squad.

As for the Elks, they have Washington, Simmons, and Jackson as well as Duron Carter, David Foucault, Ed Gainey, Chris Osei-Kusi and James Wilder Jr., who are all former Als.

In 2021, these two teams played just once, and it happened to be in the Als’ regular-season opener. The game was played in Edmonton, but it’s the road side that dominated from start to finish. The Als won, 30-13, thanks to two touchdown passes from Vernon Adams Jr., a kick-return touchdown by Mario Alford and a 112-yard rushing performance by William Stanback.