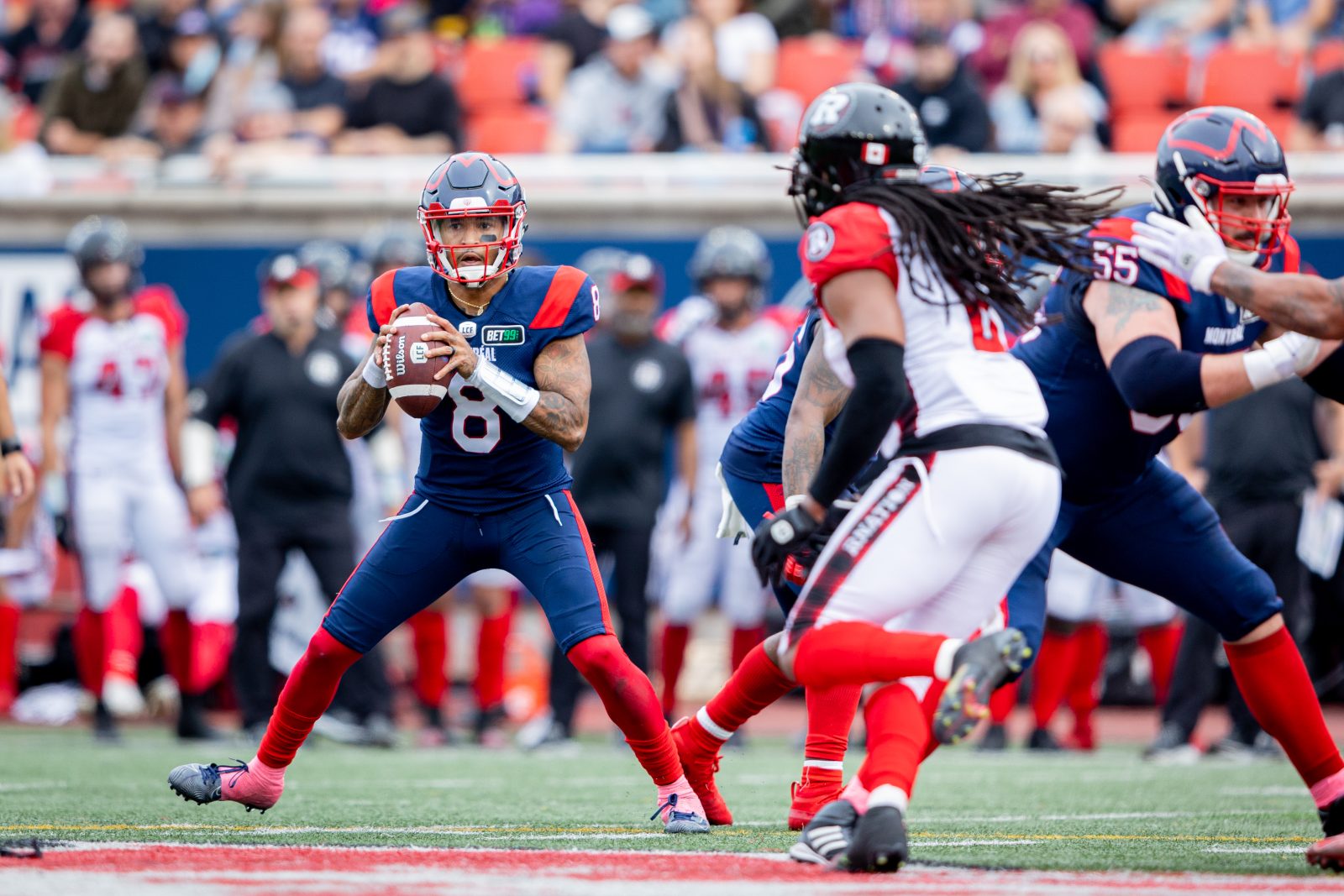 If you didn’t have an opportunity to catch the Als and Redblacks go head-to-head four times last season, you missed out on some wild endings.

The highlight of 2021 probably occurred in Ottawa on Sep. 3, when the Alouettes put up 51 points on the Redblacks. Starting quarterback Vernon Adams Jr. threw four touchdown passes, Geno Lewis and Jake Wieneke caught two touchdowns each and Williams Stanback rushed for 112 yards on just 15 carries.

Unfortunately for the Als, Adams Jr. suffered a season-ending left shoulder injury during the Thanksgiving Day game at home against Ottawa just a few weeks later. Former backup quarterback Matthew Shiltz came into the game and led the Als on a game-winning drive with under one minute to go in the fourth quarter.

The rivalry should reach new heights in 2022, as players from both sides decided to swap teams.

The Als were able to land American defensive end Avery Ellis this winter. The 27-year-old had been with the Redblacks since 2017. He managed to register 18 quarterback sacks and 129 tackles in 57 contests. He gives the Als a quality option opposite fellow rush-end Nick Usher.

General manager Danny Maciocia also signed former University of Montreal Carabins linebacker Frederic Chagnon from Ottawa. The 29-year-old spent part of the 2020 and 2021 seasons with the Als, and he should be able to contribute on special teams in 2022.

The 3-11 Redblacks managed to add some big names to their roster via free agency. New GM Shawn Burke opened the vault in order to make key changes to their squad. They signed SAM linebacker Patrick Levels, safety Ty Cranston and corner Money Hunter from Montreal. All three players were starters on defence for the Alouettes in 2021. They also inked veteran receiver B.J. Cunningham, who spent six seasons with the Als.

If both sides can be competitive in the same year, it would help crank up the heat on this rivalry.

Since Ottawa re-joined the CFL in 2014, they’ve had some success and even won a Grey Cup, but the Redblacks and Alouettes have never both finished a season above .500 at the same time. Playing games that are important for both sides is key for developing a hatred between two CFL cities. You can feel that dislike start to bubble.

Since 2019, the Als own a 5-2 record in this matchup, and they’re a perfect 4-0 in Ottawa. Can they continue their dominance over the Redblacks in 2022? We’ll find out very soon.