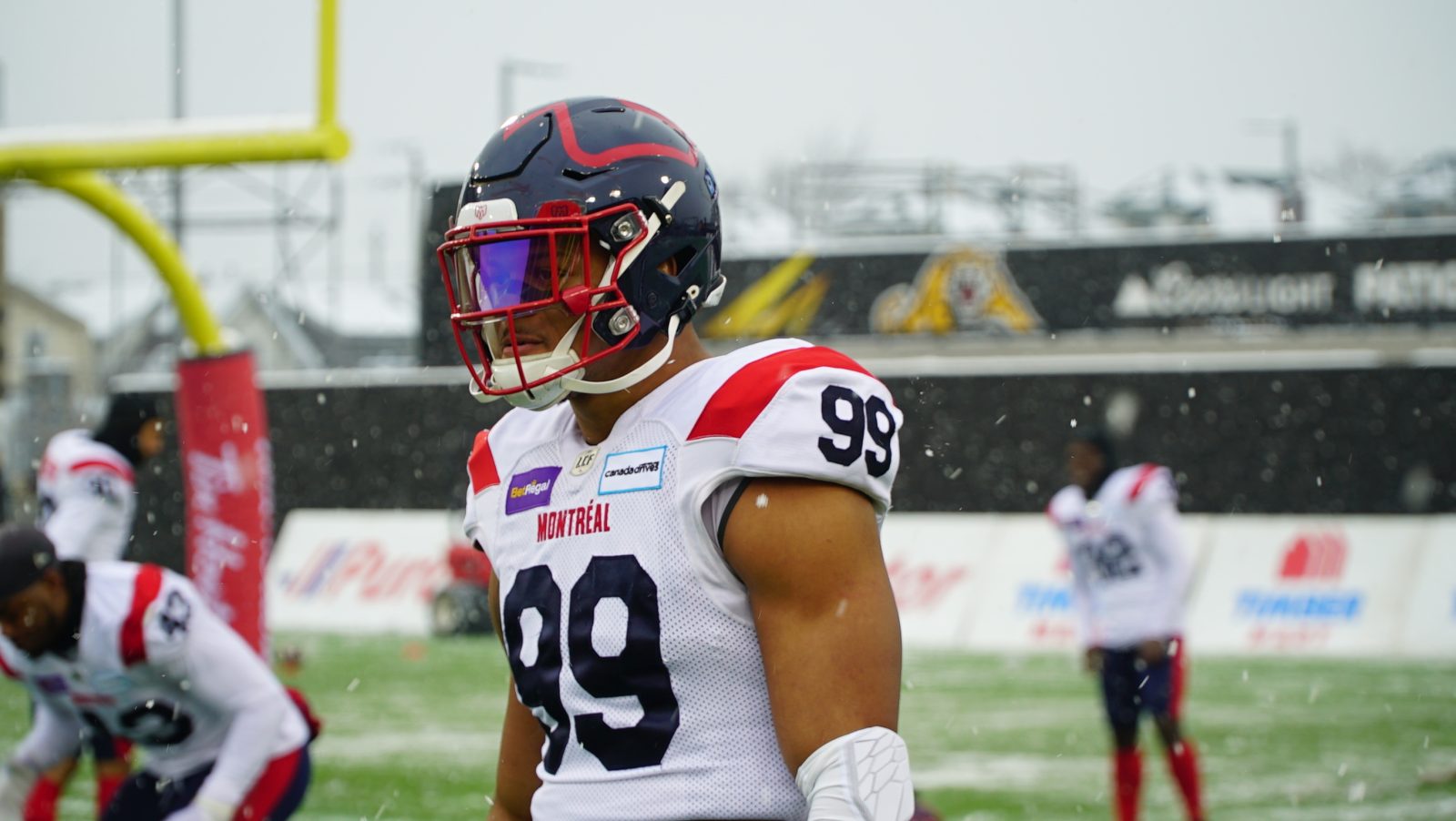 Just like the vast majority of our defeats this year, frustration sets in … This team has a lot of talent but unfortunately that did not translate into victories. Such was the case yet again on Sunday afternoon in Hamilton.

Everything began so well with a solid first quarter. Our defence was playing at the top of their game, and they continued to do so throughout the entire 60 minutes. Trevor Harris took care of the ball along with Will Stanback, but the team was only able to put three points on the board. The first bad omen came in the second quarter with a Harris fumble while the team was in good field position and ready to add to their point total. The Ti-Cats took immediate advantage of the turnover and scored their first touchdown, making the score 7-3. The second quarter became an ordeal, as there was another Harris fumble, followed by an interception, and the halftime score was Hamilton 20, Montreal 3. Up until the miscues the game was evenly played and our defence had spent very little time on the field.

The referee’s whistle to end the first half couldn’t have come at a better time, and after regrouping in the locker room, our boys showed a marked improvement. The defence continued to make big plays, and Hamilton’s offence was consistently finding themselves forced to punt. In the middle of the third quarter Harris found Eugene Lewis for a touchdown and the score was now Hamilton 20, Montreal 10.

It was at this point when we thought to ourselves that the come-from-behind magic that our guys have shown all season was about to come into play once again. And that was oh-so-close to becoming reality with the Als having a first and goal from the Hamilton 9-yard line. Unfortunately, three Harris passes went incomplete and the Als turned the ball over on downs. The Tiger-Cat defence held firm, and the game was for all intents and purposes over.

Analyzing the post-game statistics makes this defeat even harder to swallow. We dominated in terms of number of first downs, total yards and time of possession. However, the turnovers killed us and ultimately it’s the final score that matters…

… which was Hamilton 23, Montreal 12. Our unconventional 2021 season comes to a close much as it did in the 2019 East Division semi-finals. We’ve faced a lot of adversity this year, whether it’s with injuries or the many personnel changes, but the team has rebounded every time. This defeat is disappointing. It’s frustrating. But we must, and we will, come back even stronger.

The organization will soon be making an end-of-season assessment.