And now the playoffs 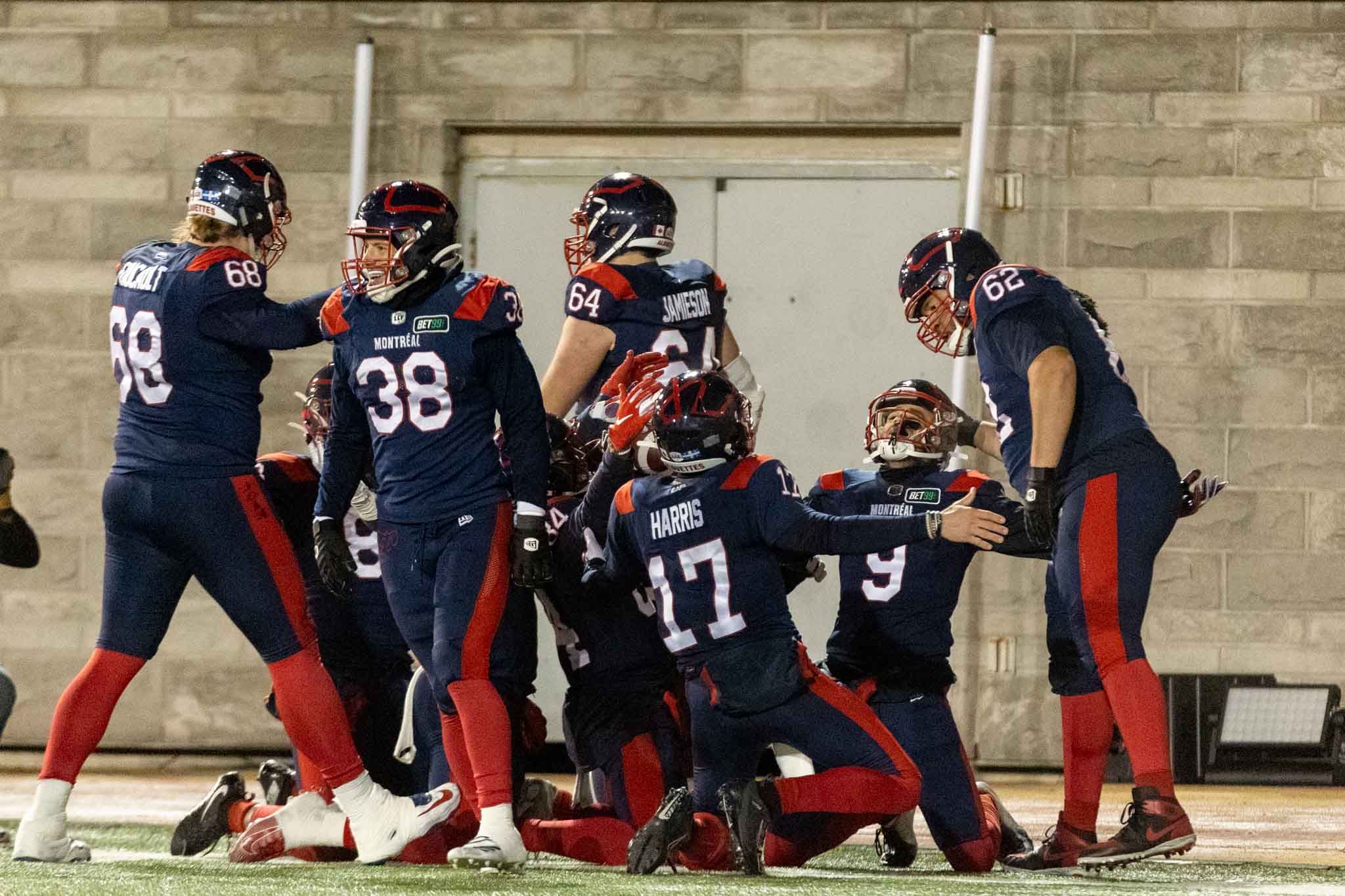 And now the playoffs

We’re not going to sugarcoat this: Friday night’s result was a disappointment. Especially when you consider that our Als were just a few yards away from sealing the victory. Alas, it was not to be. With only seconds left in the game, the REDBLACKS were able to recover an Alouette fumble and proceed to march down the field and notch the winning touchdown.

For this regular season finale our offence, in particular, took the field with a somewhat depleted line-up. Although Sean Jamieson made his return, both Tony Washington and Philippe Gagnon were not dressed. Geno Lewis also had the night off to rest up, while William Stanback did not play in the second half.

And yet, the first half went well for our team. The defence surrendered very little to the REDBLACKS, and was very disciplined. Just as it has done in so many games this season, our defence was getting the job done.

It took a little while for the offence to start running on all cylinders, but eventually the combined efforts of Will Stanback and Trevor Harris began to pay off. Quan Bray and Dante Absher were both successfully targeted by Harris, while Jake Wieneke (5 receptions, 79 yards, 2 touchdowns) led the way. Unfortunately, both conversions were missed (a 2-point attempt and a 1-point convert) so it was 18-3 Montreal at halftime.

We thought we’d be able to stay the course in the second half and end the game with a “W.” We were wrong. Jeshrun Antwi, who had some great runs during the game, fumbled early in the third quarter which ultimately led to an Ottawa touchdown and move the REDBLACKS to within seven points of the Alouettes. Both teams’ defences then took control of the game until Trevor Harris orchestrated a long drive late in the fourth quarter. Unfortunately, Antwi fumbled again, this time at the Ottawa 14-yard line. The REDBLACKS proceeded to march down the field and with only seconds remaining scored the winning touchdown and added a successful 2-point conversion.

Of course it would have been preferable to begin preparing for our upcoming playoff game with a victory fresh in our minds. But throughout the season our guys have shown that they can beat anyone, including Hamilton, on the opponents’ home field. Friday night’s game will be a strong reminder of the types of mistakes that simply cannot be made come playoff time.

We now have a week to prepare, to get our guys rested and healthy, and to put the pieces in place to be victorious in Hamilton and move on to the East Division final