An offence looking sharp in the nation’s capital! 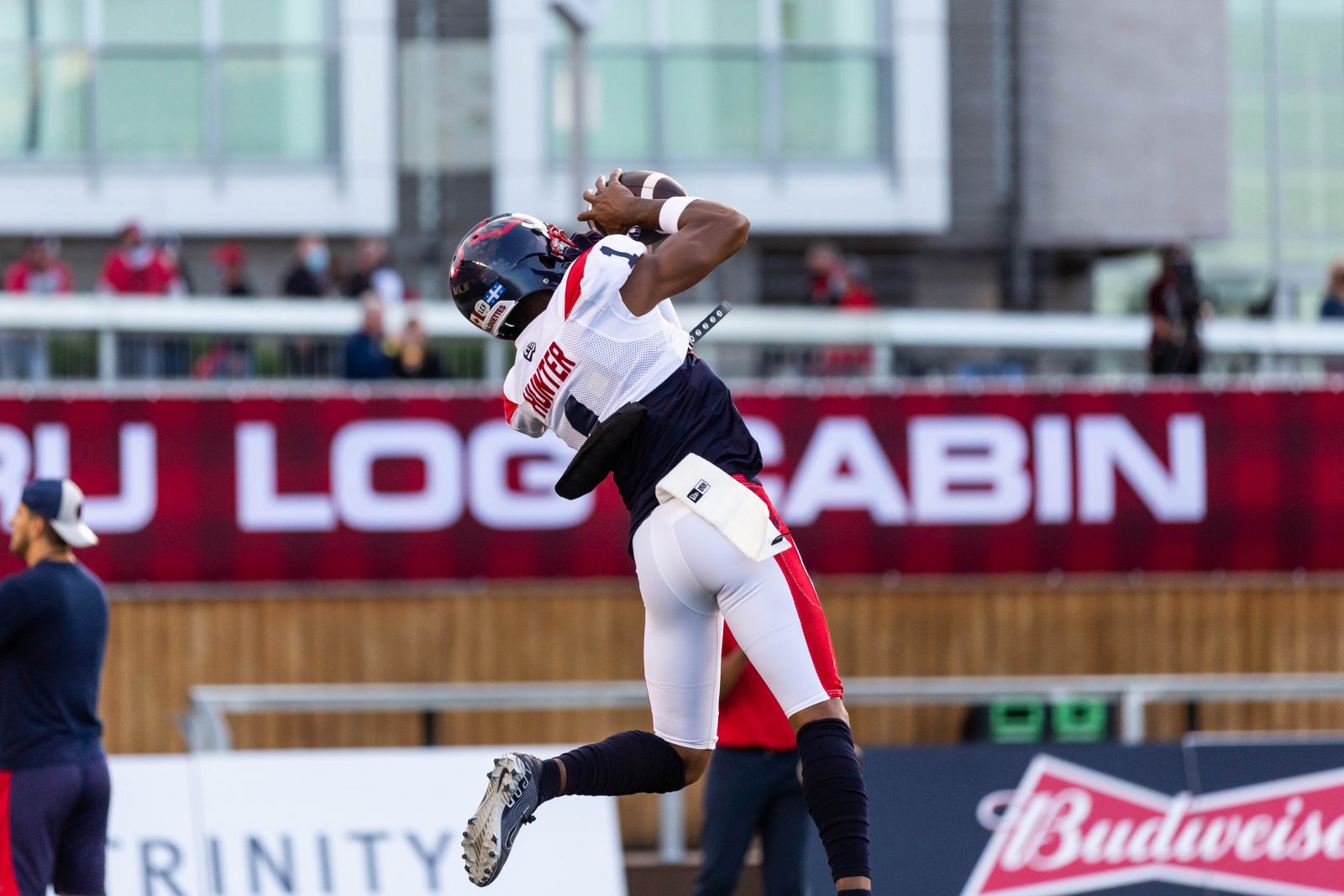 An offence looking sharp in the nation’s capital!

We all know the potential of this team…we saw a glimpse of it during our first game in Edmonton and we were clearly left wanting more in Calgary, a game plagued by indiscipline, and then last week at home with a shutdown offence. Yesterday was a chance to show that this team has what it takes to compete, and they did it with flying colours…

51 points, a score we hadn’t reached since an overtime loss in Saskatchewan back in 2011! Pierre Vercheval joked before the game about how the raffle draw would be the only thing the REDBLACKS would win…he was not too far off!

From the first sequence, we saw an offence determined to move the ball and much more mobile than last week. Starting with our quarterback, Vernon Adams Jr, who was at his best with his quick footwork and didn’t hesitate to run a few yards. In the end, 288 yards, 4 touchdown passes, 78.5% pass completions and 35 rushing yards. It was a near-perfect night for VA, who found himself smiling and enjoying the best of what he does.

“I really enjoyed myself. I was very motivated and ready to play. When I looked ahead, I could see the receivers make some big plays and so did (William) Stanback. Not to mention the offensive line that helped me a lot. It was really a team effort,” Adams Jr. said.

His receivers also stepped up their game, starting with Geno Lewis who made a few graceful catches, as did B.J. Cunningham. And what about Jake Wieneke who continued his excellent start to the season with the 3rd game of over 100 yards and now has 3 touchdowns in 4 games.

Moving on to William Stanback who said he was very frustrated with his 40-yard game last week, well he too set the record straight with over 140 yards, assisted by a very efficient offensive line despite the absence of Tony Washington.

Players like Christophe Normand, Jeshrun Antwi and Mario Alford were also more involved, which added some extra variety to our plays.

“When the guys are in their element, it allows you to set up plays like that. Vernon was wonderful from the start of the game. It was a team effort,” said Khari Jones. “It’s special, but sometimes that opens the door for the playbook to tighten up. I wanted to focus on what we were doing really well. I tried a few things in that vein,” added our coach.

The defence allowed a few more points near the end of the game but still delivered a great performance overall to the point that Matt Nichols was already on the sidelines by the end of the first quarter…In the end, 3 interceptions, 1 defensive touchdown from Pat Levels for 74 yards, 2 quarterbacks and very few big plays were allowed to the opponent. To top it off, even Almondo Sewell scored a touchdown…on a 1-yard run, his first in 10 seasons! Quite a few injuries on defence yesterday, with the addition of Marc-Antoine Dequoy’s injury in the first quarter, shows the depth of this squad…

The special teams allowed a very long return to the only REDBLACKS player who gave our Alouettes a bit of trouble yesterday, DeVonte Dedmon, but managed to contain him in the 2nd half. David Côté wasn’t perfect in terms of placement but we were already leading the score.

To score 51 points, and to do so on the road at a rival’s home, is an achievement that must be celebrated. It was important to bounce back and we know this team had what it took to do it. The guys can now enjoy a week off and focus on getting back to work ahead of the game against the Lions in two weeks. We don’t take anything for granted and we know that it’s only through hard work and dedication that we can achieve great things. Let’s get on with it!

Do you like what you read? In that case: don’t think twice and follow your instincts. Click here to stay on top of the latest news concerning our Alouettes, and here if you’d like to see our football prodigies in action during our next game.