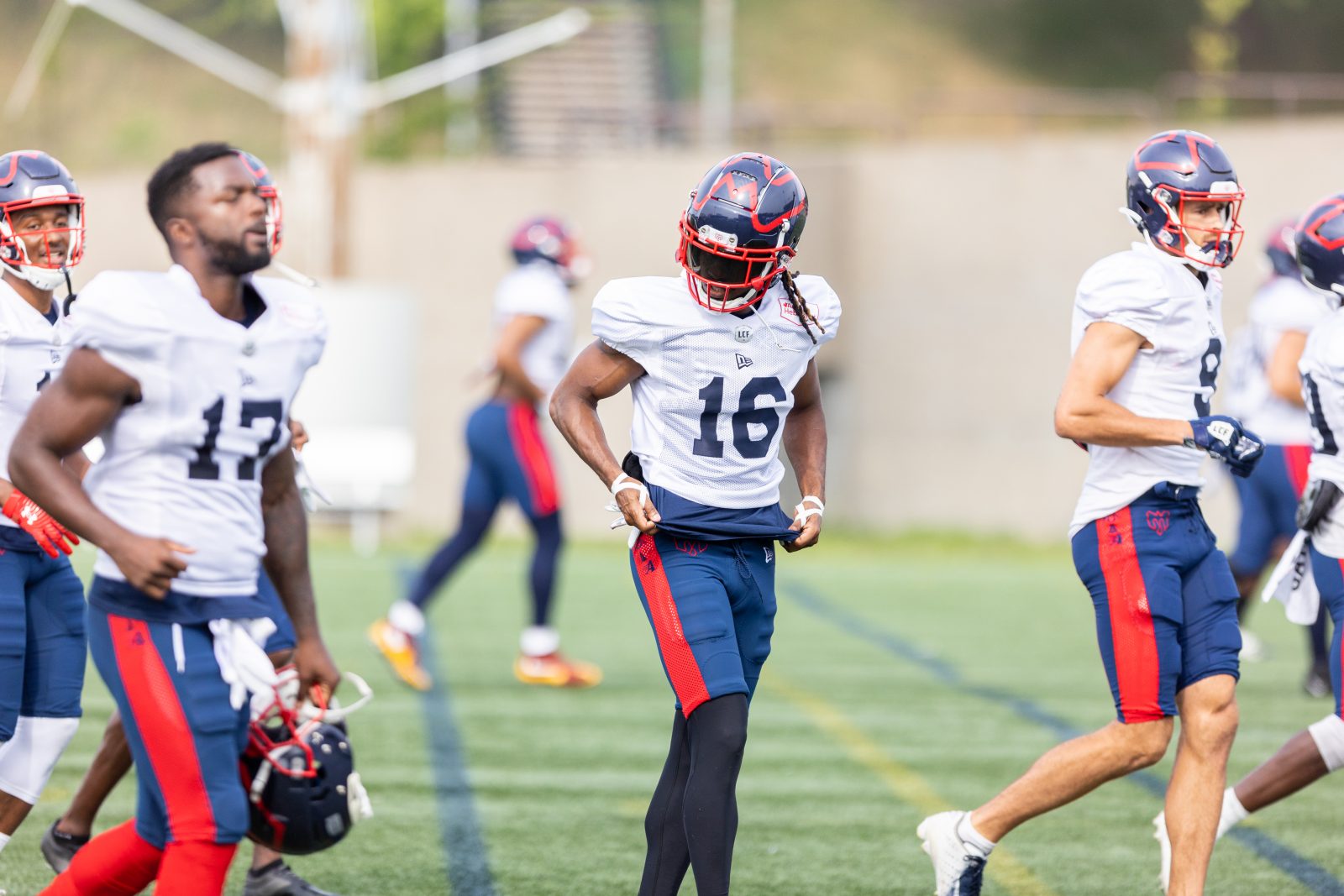 Montreal, July 18, 2021 – American receiver Rashad Ross witnessed many different levels of team spirit, as he played in the NFL and for the prestigious University of Arizona Wildcats program, and he likes what he is witnessing at the 2021 Montreal Alouettes training camp.

Ross is adapting to Canadian football, and he is doing so with the help of the team’s seasoned veterans.

“Since I got here, I’ve been studying and talking to veterans. I am trying to mimic what they do. Talking to guys like BJ, Eugene and Namaan has helped me a lot,” said the 31-year-old.

It’s not the first time that Ross is receiving guidance from players who know the ropes.

“What I am doing here, I did in the NFL. Guys likes DeSean Jackson and Santana Moss really made things easier for me. You have to know which veterans to approach. When you have a team like this in Montreal and have team players, it really helps,” he added.

On top of doing great at the receiver position, Ross has also excelled as a returner since the start of camp.

“I am trying to do everything I can do to help the team. I know I can adapt and that I can do whatever is asked of me,” he explained.

Ross turned some heads during the team’s intrasquad game on Saturday, including that of Head Coach Khari Jones.

“Rashad stood out. He made some really nice catches. He really showed what kind of speed he has,” said the Alouettes bench boss.

“I consider myself a veteran and I try to lead by example. Vernon and I are good friends, and we watch a lot of videos together to help each other out, which helps my game a lot. Coaches are not afraid to put more responsibility on my shoulders and I am able to answer.”
– Matt Shiltz