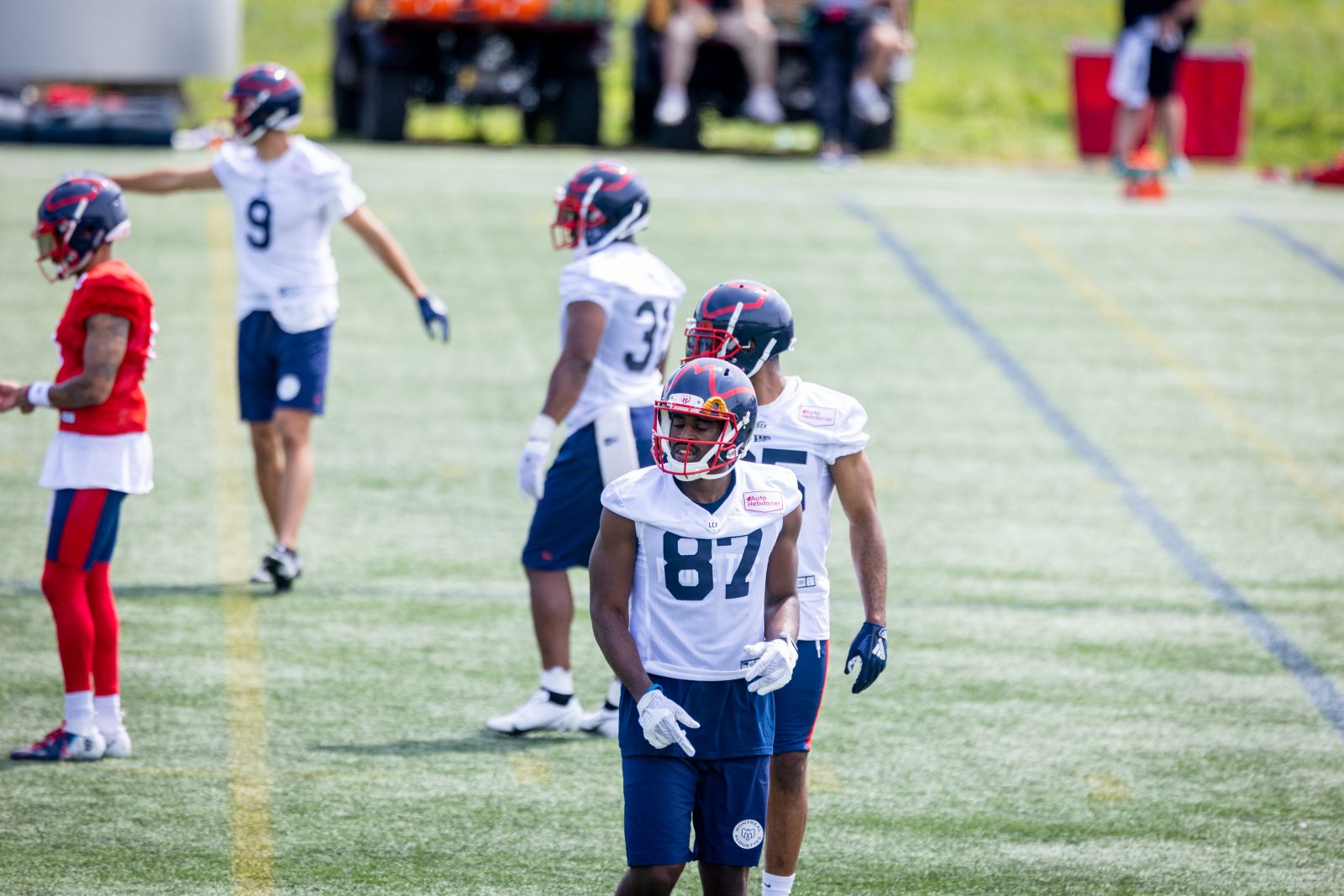 Montreal, July 12, 2021 – With the emotions of returning to the field the previous day behind them, the Alouettes went back to work for two more practices early Monday morning.

The offensive and defensive squads went up against each other for the first time at the end of Monday’s second practice. Players won’t wear shoulder pads until Tuesday, but this marked the most intense moment in camp thus far.

For rookie Marc-Antoine Dequoy, this marked a return to certain level of competition for the first time since he was at the Green Bay Packers’ training camp a year ago.

“I’m back to my habits. I only had four weeks of practice in the last year. The team has improved a lot since yesterday. The guys are back at their top level. It’s good to see that. I give everything I have. I focus on all the little details. I have a golden opportunity and I want to take advantage of it,” said the former Carabin.

Rapid fire
Mario Alford demonstrated that other teams will need to watch him on kick returns, but on offence as well as he hauled in a catch on the sideline while the offence was on the field… Defensive back Tyquwan Glass demonstrated all of his athletic qualities by leaping up high to intercept a pass… Canadian receiver Kaion Julien-Grant made the first catch of the simulated game segment… Defensive Line Coach and Run Game Coordinator Todd Howard is already comfortable. He does not hesitate to talk to his troops and his players seem receptive… Quarterback Matt Shiltz has launched a few “missiles” at his receivers. His passes are sharp and precise.

He said it
“Vernon is a leader, he gained a lot of maturity in recent years. He has experience in this league and it is encouraging to have him as a quarterback. Right now, we are working on our chemistry between the players. With a lot of new members there’s always adaptation. I know the Alouettes are going to be very difficult to deal with pretty soon. There is a crazy talent in this team.”
– B.J. Cunningham