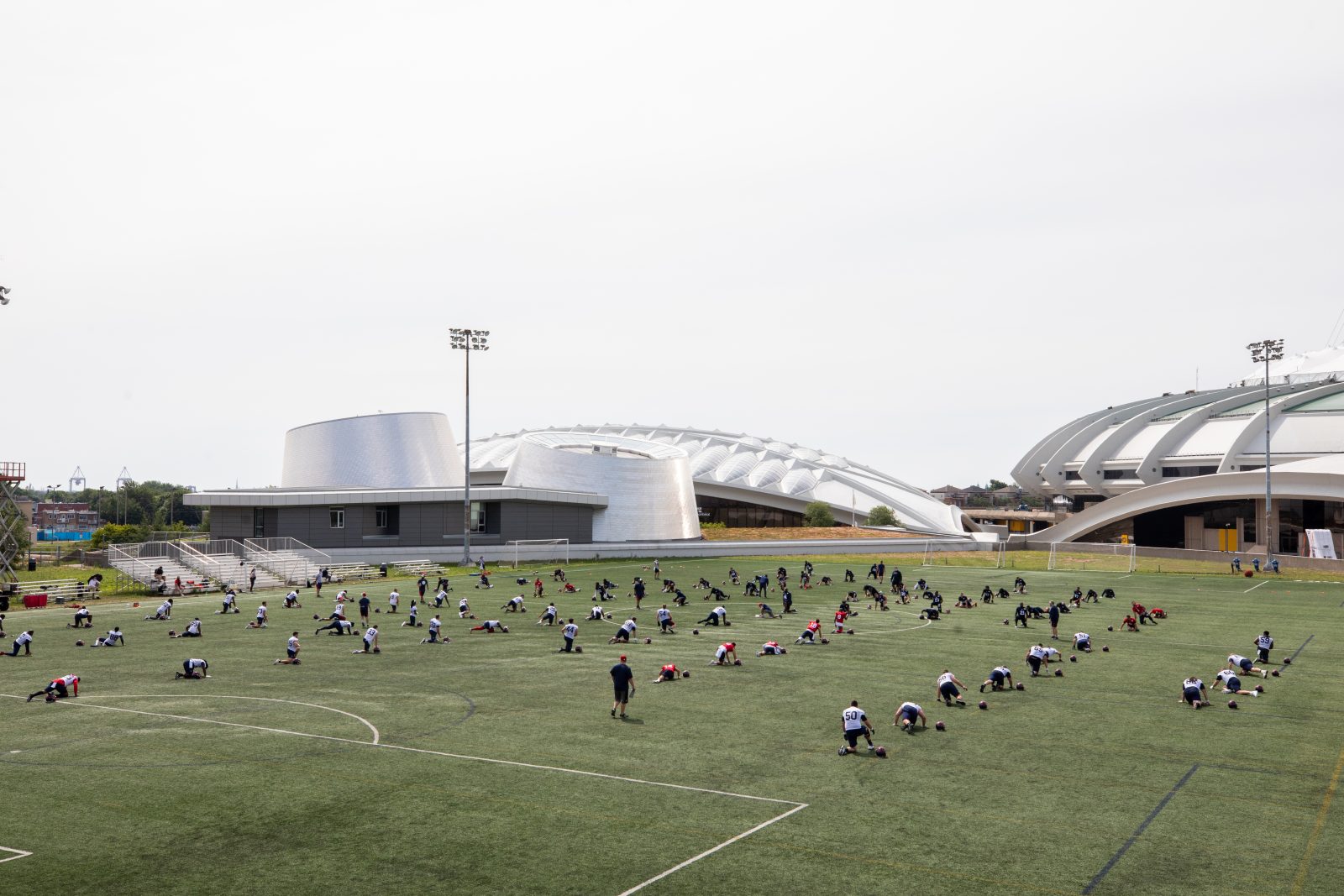 Montreal, July 11, 2021 – Many were expecting this moment for a long time. You could hear encouragements and players getting coached right outside Olympic Stadium. The Montreal Alouettes kicked off the 2021 Training Camp on Sunday.

About 100 players, and the coaching staff, were excited about this much-anticipated return. Excitement was at its highest level.

For more than four hours, the team set the first stones of the foundation of the 2021 season.

“It was hard to keep my emotions in seeing all the players out there, being on the field again. It was crazy. It’s been 19-20 months since we’ve been on that field. Even though it’s not all the same guys, it felt the same. I loved it,” said Alouettes Head Coach Khari Jones, following his first training camp practice as the bench boss.

Players were also more than happy to renew with football.

“I really missed football. I was happy to be back. Football is fun and I was really glad to have my feet back on the field,” said veteran offensive lineman Kristian Matte. “We were supposed to start at 8:30 and all of the offensive linemen and quarterbacks were out at 8:15. We are all anxious to start. I missed football tremendously.”

Rapid fire
The first noteworthy catch from camp belongs to rookie receiver Jordan Lasley, who caught a Darius-James Peterson pass in the first session… Sean Jamieson practiced at centre, while Kristian Matte resumed playing guard, a position where he spent most of his career… Kicker Félix Ménard-Brière had a large smile, as he is happy to be back with a second stint with the Alouettes… Offensive lineman Philippe Gagnon had the same feeling. He is back in the nest after some time in Ottawa. Gagnon was guided by former player Luc Brodeur-Jourdain, who is now the Offensive Line Coach.

“I can’t describe what I am feeling to be playing again. Sky is the limit with this team, there is so much talent is this locker room. I was throwing the football with Vernon Adams and I was looking around, and everyone had a smile on. I am so glad to be back and to see my teammates.”
-Eugene Lewis