“I want to make sure that our chemistry is there.”- Vernon Adams Jr.

“I want to make sure that our chemistry is there.”- Vernon Adams Jr.

Team chemistry is one of the most critical elements to successful teams; It’s what separates an average team from a winning team. Along with great leadership and a championship attitude, our Alouettes had incredible chemistry in 2019…A component that they had struggled with over the past few years. We were looking forward to seeing how the team would build on that in 2020, but the pandemic happened, and our players were forced to spend a lot of time apart.

With such a physical and complex game like football, shaping a cohesive unit takes time and careful strategy. Seeing the season fast approaching, Alouettes quarterback Vernon Adams Jr. took it upon himself to get some of his players together and start rebuilding that chemistry.

“I want to make sure we’re a close team and that our chemistry is there. When you watch those Super Bowl or Grey Cup teams, you just see how close they are as a team and how much work they put in together,” explained the quarterback.

To start building that bond, Vernon flew 14 of his teammates out to Seattle to spend a few days together. He took care of everything, from the itinerary to the flights, the hotel rooms, meals, and activities. From April 7th to April 11th, the guys had packed schedules filled with meetings, training sessions in the weight room, and practices on the field. They were also pampered with haircuts, massages, a yoga session, and a trip to the movie theater.

“When you want to win a Grey Cup, the expectations are high, and everybody needs to be on the same page. I feel like we got a lot accomplished, and VA put us in the best position to be successful. I don’t know any other CFL quarterbacks doing this,” said Eugene Lewis. 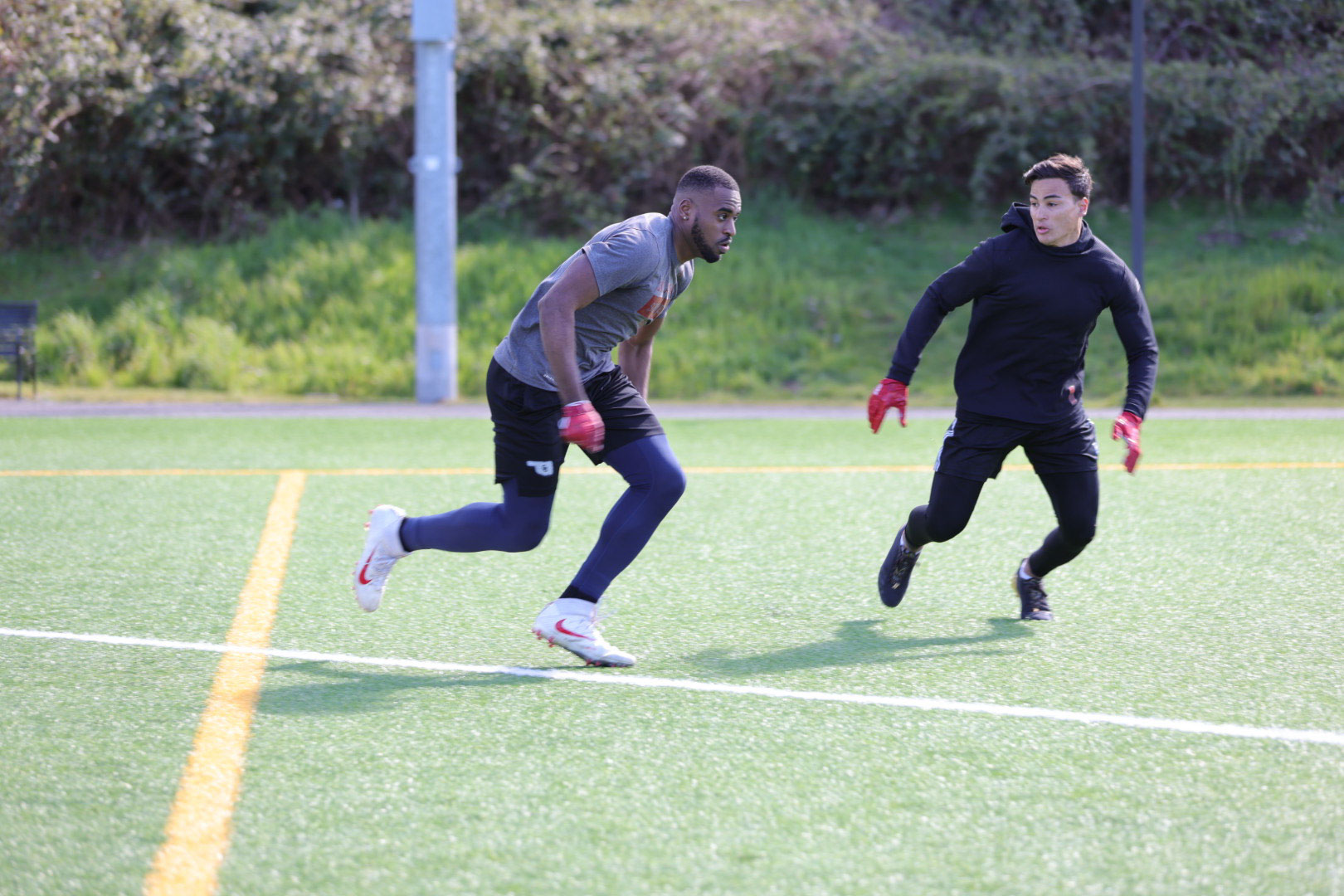 In addition to Vernon and Eugene, five other members of the 2019 squad were there, including William Stanback, Matthew Shiltz, Jake Wieneke, Dante Absher, and Mario Alford. They were joined by a handful of newcomers…Naaman Roosevelt, Reggie White Jr. and Eli Rogers, just to name a few.

“My favorite part of camp was getting to reunite with everybody and meet the new guys and just run around and compete! It was amazing getting back on the field with everybody!” stated receiver Jake Wieneke.

It was an opportunity for the guys to not only get back to practicing the sport they love but to also spend some quality time together and get to know each other on a more personal level. “It was cool to see other guys open up and tell us things that we didn’t know about them. I thought that helped bring the guys closer,” said Adams Jr.

“I went into this expecting to learn, compete, and bond together, and we built up our chemistry! I loved being around the guys again,” stated quarterback Matthew Shiltz. 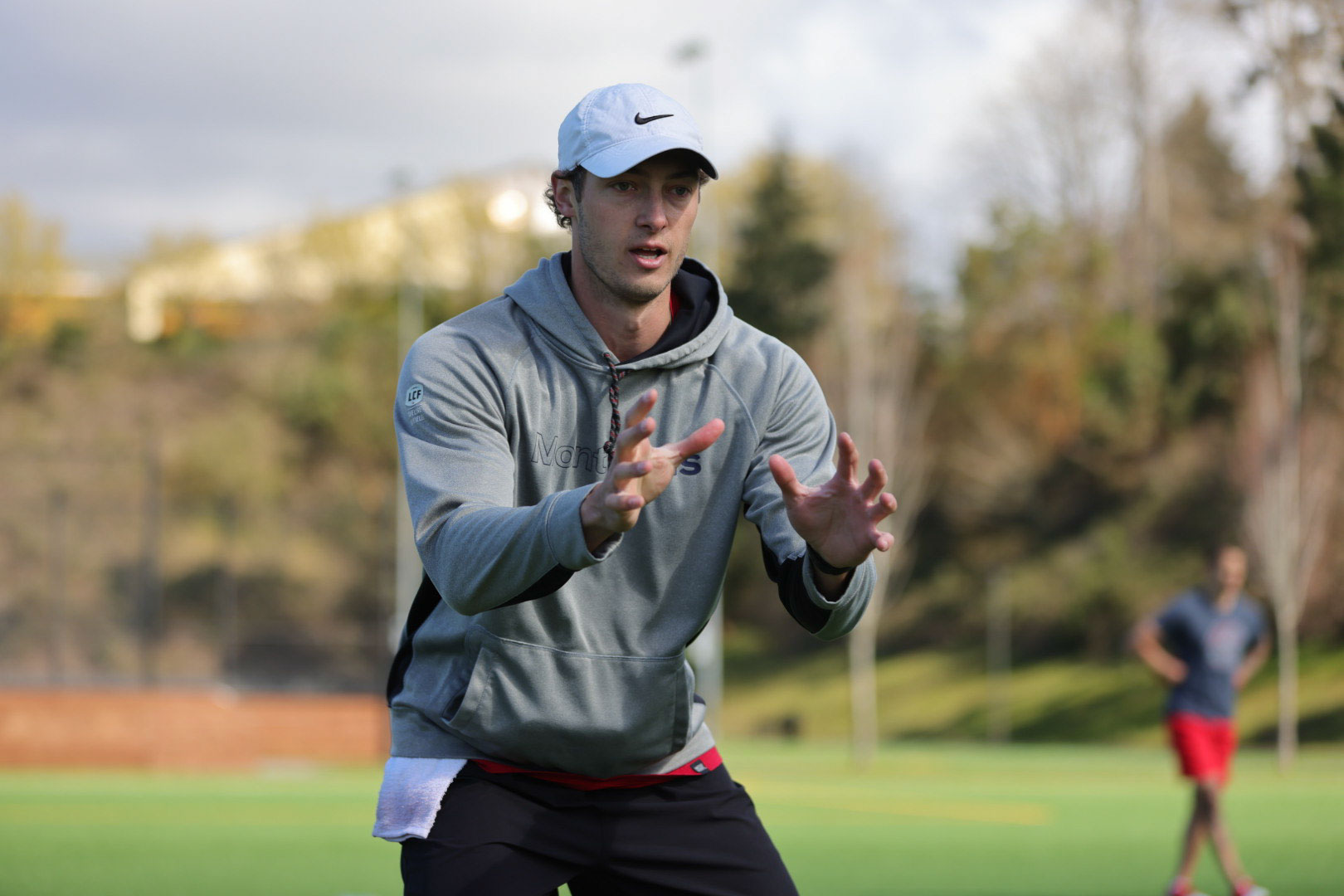 These few days allowed the guys to get back to their football routine, something that had been taken away by lockdowns, gym closures, travel restrictions and the cancellation of the 2020 season. It gave them a sense of normalcy, even if it was only for a brief moment.

“Most of us haven’t played in over a year and a half. For some of these guys, especially some of the newer guys, it’s been close to two, maybe three years since they last played with other pros. It was nice to get back to our football routine.”

Our footballers were not spared by the isolation caused by the pandemic. With the snap of a finger, they were taken away from their teammates, coaches and regular training routines and had to get creative to stay ready for a return to play.

“We might be the only pro guy in our area, and with the pandemic, it was hard to get with other pros and get the actual pro work that you need. Some of us might have to only get work with high school kids or junior college kids, which is not bad. But a high school receiver is not the same as Geno Lewis. So, I might have to change up my throwing for him, and that might mess me up when it gets time to play a real game and throw to my guys.”

Having the opportunity to get together and practice a few months before training camp is a good way to evaluate where every player stands and see what needs to be worked on before arriving in Montreal. It lays a solid foundation so they can come into training camp guns blazing.

“When we come together, we find out if we’ve been working hard enough. I had a camera crew there and we filmed it, so we got to watch new film and see what we had to work on. We’ll be ready.”

After being away from the field so long, arriving at training camp well prepared is key. According to Vernon, the players’ biggest challenge will be to remain healthy.

“Everybody’s going to want to go hard and give their 100%, and that’s what we should be doing. But we have to be smart and listen to our bodies. Like I said, we haven’t played in about a year and a half, and we just can’t afford big injuries.”

They say that luck is the last dying wish of those who want to believe that winning can happen by accident. Vernon Adams Jr. doesn’t believe in luck. On the contrary, for him, greatness stems from hard work and thorough preparation.

“I’m coming in as the number one guy for the first time in my career, and I don’t want to let anybody down. I already let us down in the playoffs in 2019 and I don’t want that to happen again. I need to do everything I can to make sure that our offence is on point. I need to know how all my receivers run, how my running backs like the ball, how my offensive linemen like to block, and what they like to eat. I need to know all thaté”

Needless to say, Vernon Adams Jr. is more than ready for the 2021 season to start. Of course, he’s looking forward to putting up impressive numbers and making it to the Cup, but not that’s not all he’s excited about…

“I want to play, and I want the fans there too, even though I know it’s going to be tough. I’m just so excited to see those Montreal fans, see them go crazy, flashing those lights during the night games and helping us out. I’m just looking forward to seeing the fans and getting wins with my guys!”