Johnny Rodgers is known by most as the ‘” Ordinary Superstar”, but there is nothing ordinary about him.

Over the phone, the 69-year young former Alouettes receiver is chipper as always, cracking jokes, singing, and getting ready to go play racketball later on that afternoon. He’s a character, a very endearing character with lots of stories to tell.

Born in poverty in Omaha, Nebraska, Rodgers should have been a statistic. But he overcame all odds and became one of the best college football players of all time. He played as a punt return specialist, pass receiver, and running back for the University of Nebraska Cornhuskers and broke virtually every offensive team record. He won the Heisman Trophy in 1972 for the most outstanding player in college football in the United States, becoming the first wide receiver and Nebraska-native to win the prestigious award. 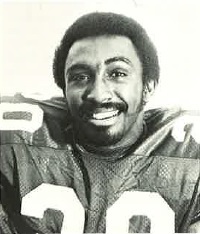 The following year, Rodgers was the San Diego Chargers’ first-round pick in the 1973 NFL draft, but ended up accepting a deal with the Montreal Alouettes and signed the most lucrative contract ever awarded in the CFL at the time. He became the first player to sign a contract for more than 100,000 dollars par season.

“The Alouettes gave me access to the platform to be the best player I could be. At that particular time, I was able to live up to that. Because I had a good coach and a good team and a good city behind me.”

Standing at 5 feet 10 inches and 180 pounds, Rodgers was not the biggest player on the team, but he made the most use of his ability on the field and had some of the finest hands. To this day, he is still remembered by many as the most exciting player in the history of the Canadian Football League.

“Well, that was because I could catch a football in the dark at midnight with no moon with my sunglasses on. People liked that. And I ran all my touchdowns backward for the last couple of years. I would be so far ahead that I was able to spin around and go backward. The crowd loved it because it was kind of dangerous. People came to be entertained, so I was trying to entertain them.” 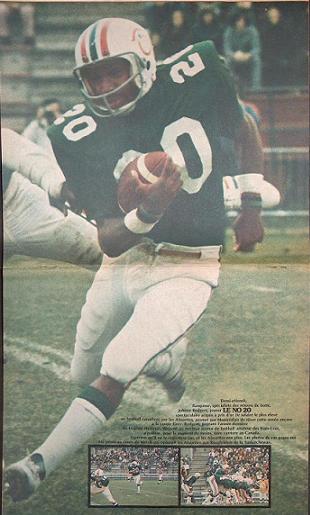 Rodgers was way ahead of the curb in terms of showmanship in Canadian football. His flashy and sometimes controversial style attracted thousands of fans at the Montreal Autostade and led him to become one of the most talked-about football players in the CFL. Throughout the league, he was known as the “Ordinary Superstar”, a nickname he coined himself.

“I came up with the name because I just wanted to be able to line up with ordinary people. I did superstar things, but I was just a kid from Omaha, Nebraska, just an ordinary guy who was able to do some extraordinary things with the help of a good team and a good administration.”

Rodgers proved to be a valuable addition to the team, winning a CFL Most Outstanding Rookie award, four East All-Star titles, three All-Star titles, and two Jeff Russell Memorial Trophies over his four seasons in the nest. He also helped the team win the 1974 Grey Cup. 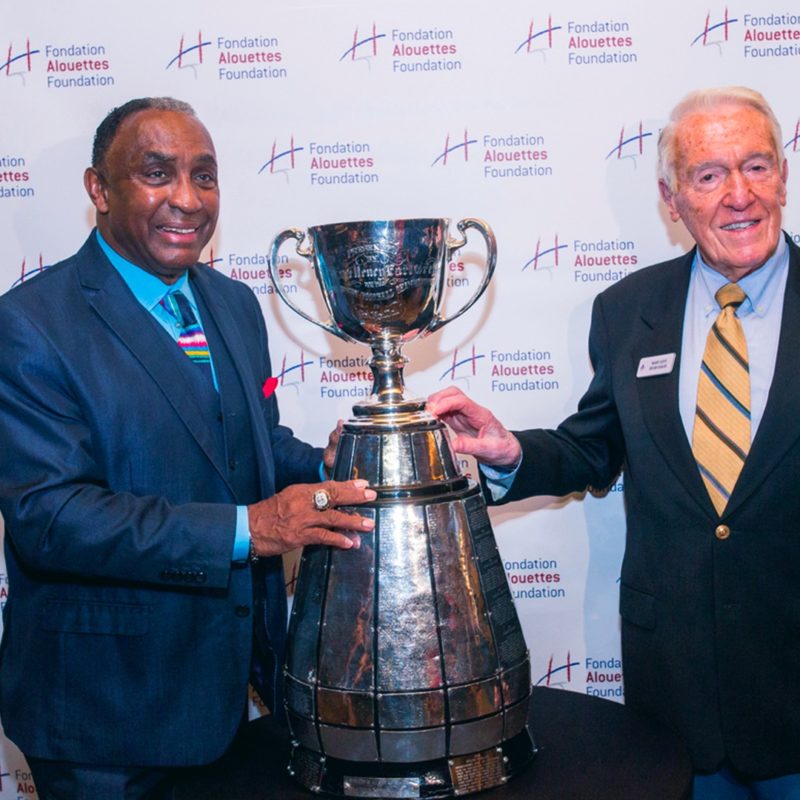 Coming off superstar status in Montreal, he went on to try his luck with the San Diego Chargers in the NFL in 1977. “At that particular point in my career, I wanted to see just how good I could be because I was doing pretty well.” Unfortunately, things don’t always work out as planned. “My first year there, I pulled a hamstring. The next year, one of my teammates stepped on my toe during practice and I cracked my kneecap. That was the end of my career”

The injury was so severe that the doctors didn’t know if he was ever going to be able to walk again. But true to himself, he beat the odds and achieved full recovery after undergoing a few more surgeries. 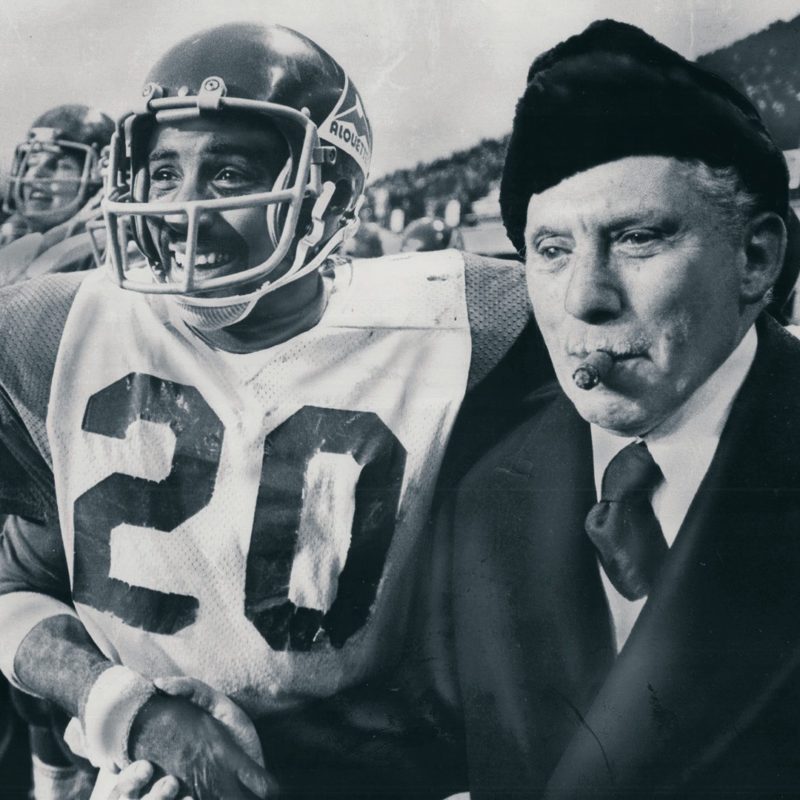 Ending a flourishing career so abruptly can be devastating for any high-level athlete, but rather than feeling defeated, Rodgers shifted his focus to start corporate ventures of his own and become a positive leader in his community.

A few years ago, he set up the “Johnny Rodgers Career and Technical Education Scholarship” to provide low-income and first-generation students the opportunity to pursue their education to go into careers or trades.

“I came from a trade school. Trades are quite prevalent here. We want to give scholarships to help people go back to school and have a second chance to get their careers together. Our youngest scholarship recipient was 18 years old and our oldest was 62. “

“We want to give them the opportunity to work on their craft. Like everybody else, all they want is for the opportunity to have access, access to be the best that they can be.” Rodgers is a figure these less fortunate men and women can look up to, because just like them, he came from humble beginnings and had to fight for everything he’s achieved. “Everything is attainable, but you have to work for it. People aren’t giving careers away, you have to choose the one that you’re going to want to do. And to work to get it by choice, not by chance.” 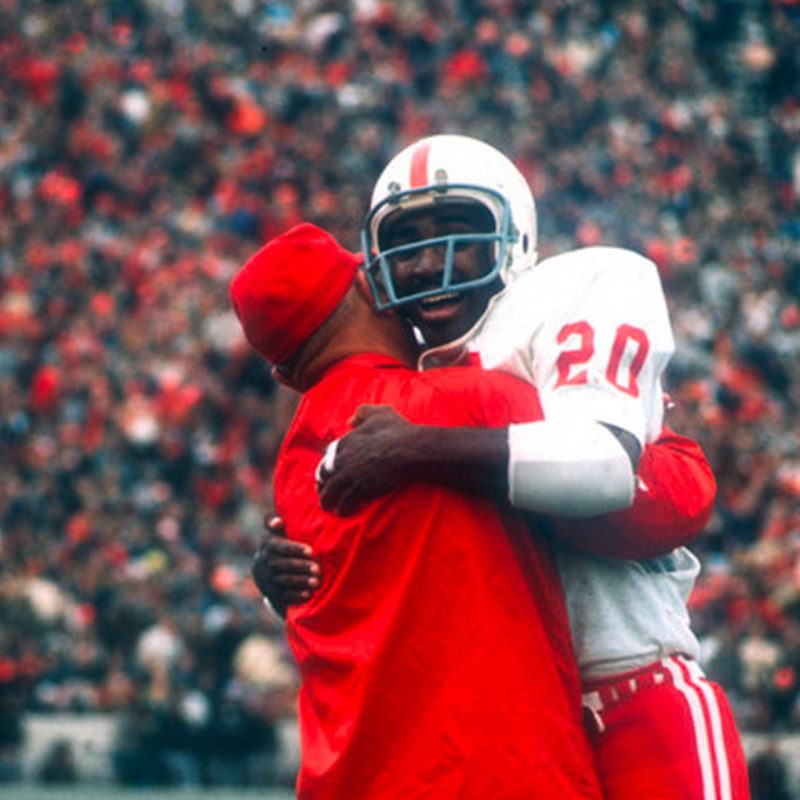 He has made it his mission to help the youth get better opportunities for a second chance at life and offset the racism that is going on and preventing them from achieving their full potential. “I see injustice and racism happening all the time, and that’s caused by a lack of education and training in our system.”

“Everybody should be trying to see what they can do for each other. If we work against each other, we’re just working against ourselves. We have to learn to work together. There is no difference in people, everybody has red blood, every single one of us bleeds red. And we just look different in different shades. We’re all human beings. Actually, we’re not even human beings, we’re humans becoming. And so we have to take the steps to become better and better.”