Herb Trawick, the man who broke the CFL’s color barrier

Herb Trawick, the man who broke the CFL’s color barrier

Herb Trawick made history in 1946 when he became the very first black player in the CFL. Jackie Robinson had joined the Montreal Royals baseball team a few months earlier, and his popularity enticed Alouettes’ Lew Hayman to recruit Trawick as one of only five American players allowed on the team.

Trawick was amazingly quick for a man of his bulk, standing at 5 feet 10 inches and 230 pounds, and was quickly embraced by Montreal fans for his impressive performances on the field. Yet, as with Robinson, Trawick had to endure his share of racial slurs and discrimination.

“My father and Jackie Robinson became friends and had the shared experience of going through this. It was helpful because they could go through it with somebody else,” explained Herb Trawick Jr. “I heard those stories as a young person. But it’s only when I got older that I realized the significance that Jackie Robinson and my father played in history. And that was an enlightening moment.”

“I remember nothing but love coming to my dad from Montrealers. But yet there was still some of those demarcation lines.” If the people of Montreal were more accepting and open-minded, it wasn’t always the case elsewhere. Initially, the Ottawa Rough Riders and the Toronto Argonauts threatened to boycott games if Trawick played for Montreal.

“It’s almost hard to imagine that, but if you look at the events that go on in the United States and other places, it’s not that far-fetched. It was horrible that it was reduced down to the idea that your exploits didn’t matter, your contributions didn’t matter, your intelligence didn’t matter. It was that somehow your being was lesser than somebody else. And that’s just never okay.” 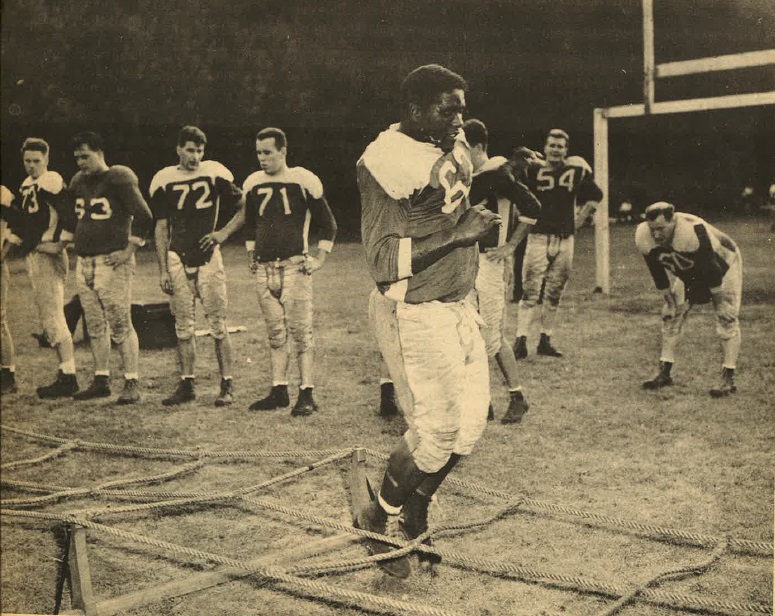 Excelling on both the offensive and defensive line, Trawick played magnificently for 12 seasons and became the first player to be chosen for the Eastern team seven times. He was this hugely popular figure, captain of the team, and All-Star player, yet, when the football season was over, job opportunities were limited.

“What was fascinating was what my father had to do in the offseason; One season he was doorman, one season he wrestled, one season he sold shoes.” Trawick Jr. remembers his father always handling this odd duality with poise and dignity. “Having to go through that kind of pressure must have been quite significant and I’m more and more in awe of the grace with which he handled it. He taught me that you have to carry what is put on your shoulders with pride and grace, and always move forward.”

After hanging up his cleats in 1957, Trawick was looking to get a coaching position, but no one offered him a job. “Coaching at the time was much like quarterbacking at the time. It wasn’t something black guys could do. And that’s the insidious face of systemic racism. People didn’t realize they were being racist or limiting; Things were just the way they were. And it took certain people to break through that. You don’t know how you’re picked in history to do what you need to do.”

Trawick grew fond of the city of Montreal and obtained his Canadian citizenship in 1953. “My dad never wanted to leave Canada, and he never did. This country allowed him to live his dreams, and share that with others”, said Trawick Jr. He built himself a successful career in his post-playing days and became a prominent figure in the community. A park in Montreal’s Little Burgundy neighborhood was named in his honor in 1997. 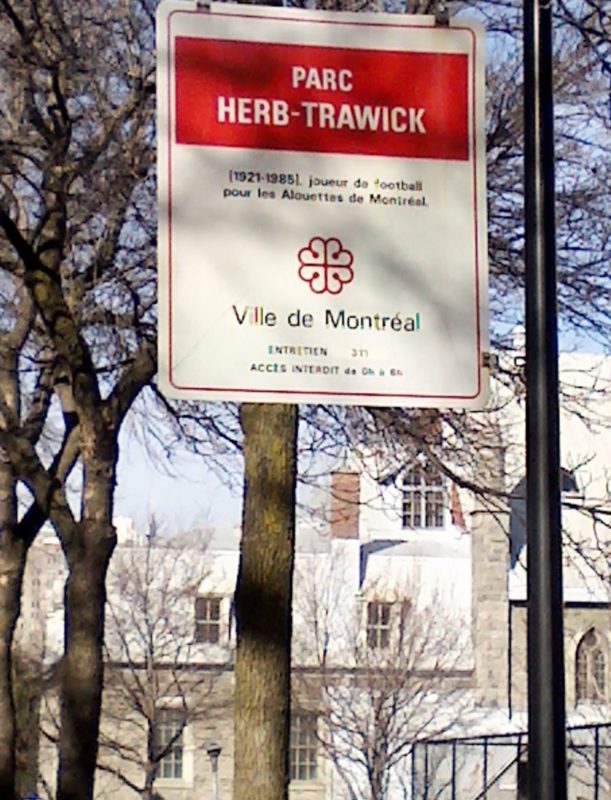 “I came back to Montreal when he passed. It was fascinating in that the love, the honors, and the accolades were still acute…Even if he had been retired and off the scene for 35 some odd years.”

And for Trawick Jr., that stands as a lesson to all of us: “Be nice to people, be gracious, have dignity, stand in your truth. I learned that from watching him, and I’ve emulated it in my life, and it has worked out the same way for me.”

Although actions have been taken to improve the outcomes and human rights of black people, racism is still ever-present. George Floyd. Ahmaud Arbery. Breonna Taylor. Eric Garner. Tamir Rice. Trayvon Martin. Oscar Grant. These names serve as reminders of how much work still needs to be done to fight against racism and social injustice.

“A lot of it is based on fear and supposition,” explained Trawick Jr. “And the way you get past fear is to confront it. It’s not to be afraid of it and let yourself get built up. I can’t change who I am to make you unafraid. Why don’t you come and get to know me, and then we can make a decision?” 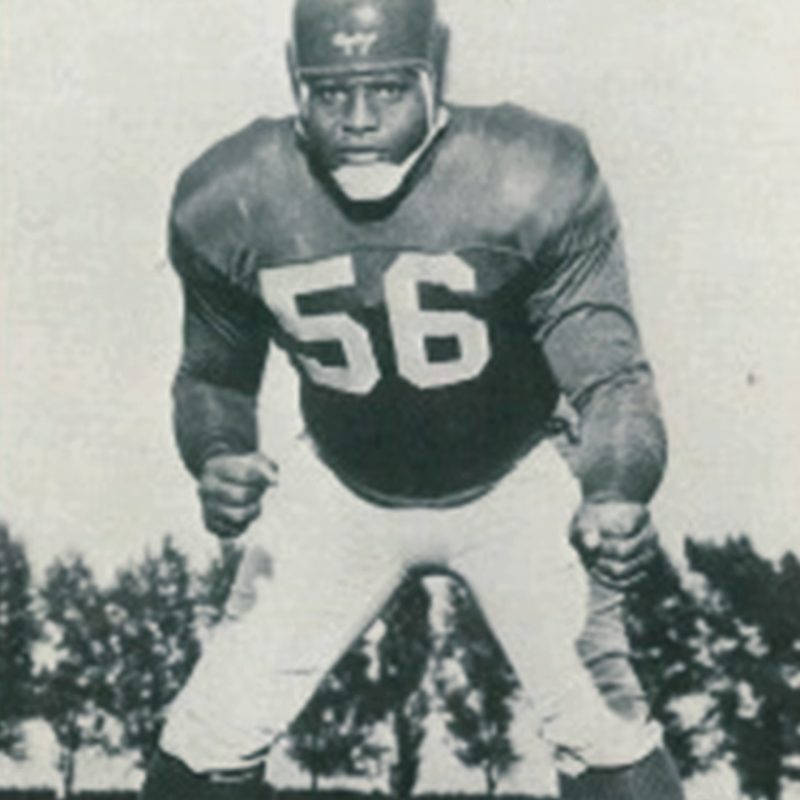 Rather than feel hopeless about the situation, we should feel inspired to take action. Trawick Jr. remembers his father teaching him that that the quickest way to break these barriers was to sit with people who don’t know you or have stereotypes of you and spend a few minutes together. “Whatever your background is, if you laugh or think I’m smart, we’re going to have some sort of a connection, which is going to help disavow the stereotypes you have.”