Atypique Teams Up With The Alouettes

Atypique Teams Up With The Alouettes

« Eight years after retiring from football, I’m pleased to join forces with the Alouettes and an thrilled to announced that they will be Atypique’s official partner. Having the opportunity to connect my new brand Atypique to the team I was so proud to play for and win Grey Cups with is a source of great pride for me. Our values are aligned and I’m very excited for the 2021 season. Go Als Go,” stated Étienne Boulay, who commemorated his 4 years of sobriety yesterday.

The Alouettes are extremely proud to collaborate with Étienne Boulay, a former Alouettes player, and to support a new local company. The alcohol-free cocktails produced by Atypique offer an excellent alternative to traditional cocktails and reflect the know-how of young entrepreneurs from our own backyard. 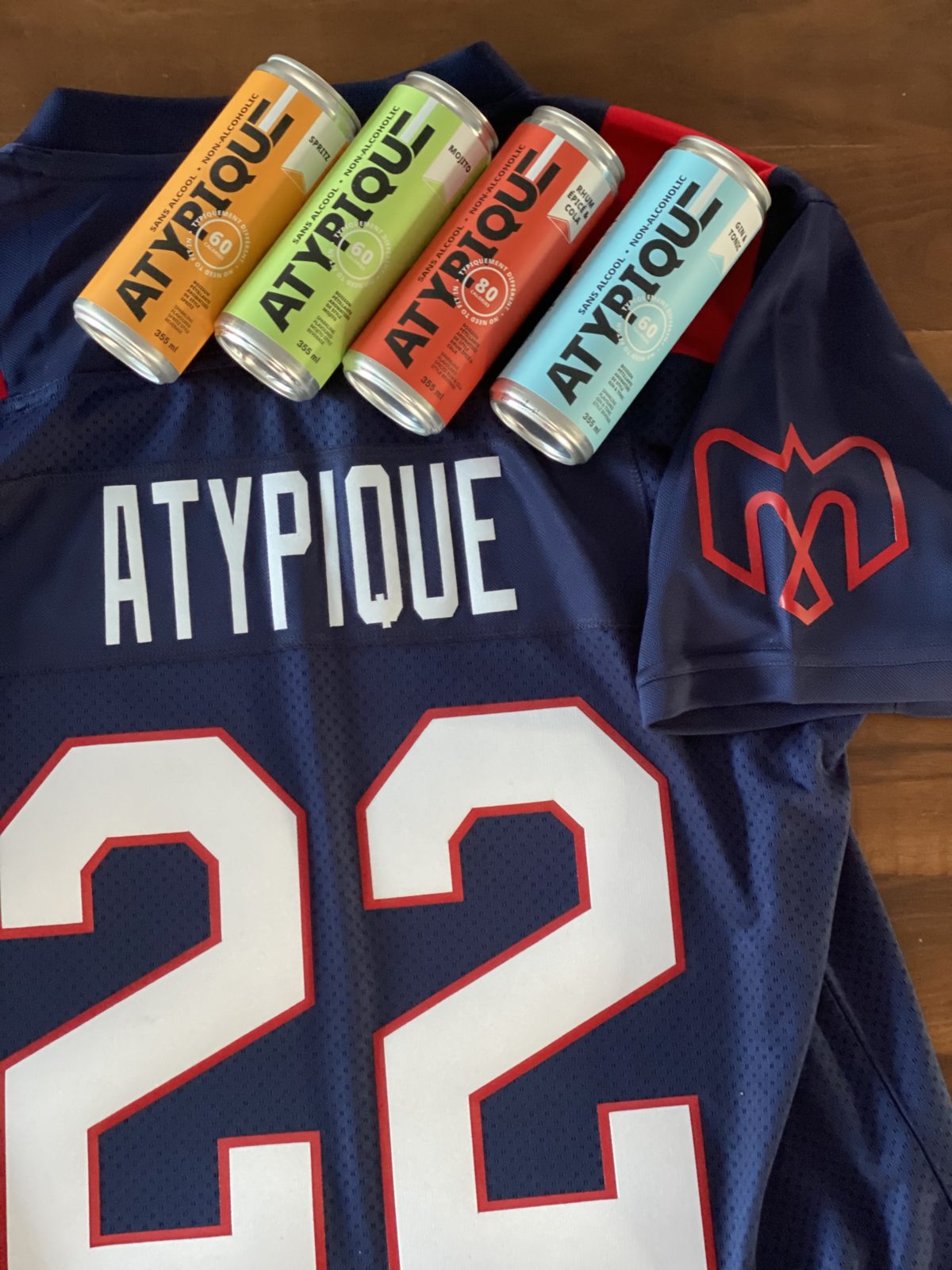 “It was only natural for us to join forces with the talented local entrepreneurs who came up with this great idea, and to support Étienne who has brought so much to the organization. We are excited to announce that the Atypique beverages will be available at the stadium starting this season” added Mario Cecchini, President and CEO of the Montreal Alouettes.

“The fact that a local business like the Alouettes decided to encourage and to endorse a local start-up like ours says a lot about the organization,” explained Jonathan Robin, president and co-founder of Atypique. “We are a young business from here, full of ideas and ambitious projects, and having such renowned partners motivates us to go above and beyond. We are happy to offer fans an alternative that is alcohol-free, delicious, and low in sugar.”

As we approach February, a month during which many decide to abstain from alcohol, we encourage you all to try the new Atypique beverages before having the chance to enjoy them at the stadium!