Mario Alford and David Menard are also back!

Mario Alford and David Menard are also back!

Montreal, December 15, 2020 – The Montreal Alouettes announced on Tuesday that the club has signed electrifying return specialist Mario Alford and defensive lineman David Ménard for the 2021 season.

Alford (5’8″, 177 lbs.) made quite the impression upon his arrival with the Alouettes in 2019, as he scored two touchdowns in his first two outings. In his first game with the Alouettes, he took a-85-yard punt to the end zone in a 21-17 win over the Calgary Stampeders. The following week, he took a 90-yard punt to the house. He continued to impress in the playoffs, as he scored a touchdown on a 99-yard kickoff return, the 3rd longest kickoff return touchdown in CFL playoff history.

In three regular season games in 2019 he amassed 218 yards on nine punt returns, while adding 117 yards on six kickoff returns. In 2018, he suited up for the Toronto Argonauts. The 28-year-old was drafted by the Cincinnati Bengals in the 2015 NFL Draft with who he registered one catch for 15 yards. He also spent time with the New York Jets, Cleveland Browns and Chicago Bears. The Greenville, GA native previously played collegiate football for the West Virginia University Mountaineers. 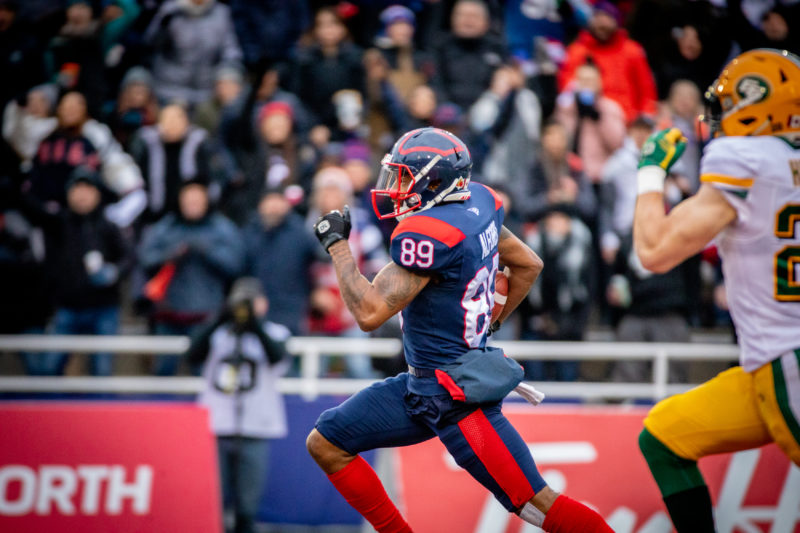 Ménard (6’1″, 259 lbs.) registered 18 quarterback sacks and 55 defensive tackles in 94 career-games with the British Columbia Lions. The 30-year-old Chicoutimi native also intercepted three passes, while knocking down another three. The former Université de Montréal Carabin also forced three fumbles during his career. Drafted in the fourth round (32nd overall) in 2014, he made 12 defensive tackles and two sacks in ten games last season.

“We are happy to continue signing the players that we were aiming to keep in place for the upcoming season,” said Alouettes General Manager Danny Maciocia. “Mario is an electrifying player that our fans will have the chance to see in action next season, while David solidifies our defensive front on top of giving us ratio flexibility. We are confident that we will continue handing our fans good news in the upcoming days.”

Cranston (6’3”, 205 lbs.) was drafted in the seventh round (56th total) by the Alouettes in 2017. The 26-year-old played 21 career-games over two seasons in Montreal, registering nine defensive tackles and 16 special teams tackles. 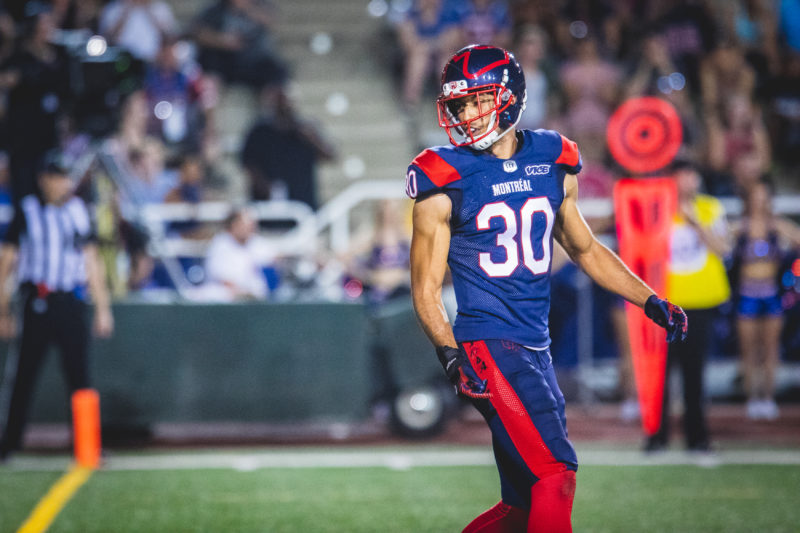 Onuoha (6’5”, 255 lbs.) was a member the Baltimore Ravens’ practice roster in 2019 following his collegiate career with the Texas A&M Commerce Lions where he amassed 137 tackles and 14 sacs in 38 games.

Robinson (6’4”, 300 lbs.) joined the Carolina Panthers in 2020 after suiting up for the University of Mississippi Rebels in the collegiate ranks, where he registered 81 tackles, five sacks and one interception.

Dormady (6’5”, 219 lbs.) completed his collegiate career with the Central Michigan University Chippewas completing 190 of his 294 passes for 2,312 yards and 14 touchdowns in 2019. He had previously played for the University of Houston Cougars and University of Tennessee Volunteers.