Once A Cheer, Always A Cheer – Grace

Once A Cheer, Always A Cheer – Grace

Ever wondered what happened to some of your favorite Alouettes cheerleaders? In our “Once a Cheer, Always a Cheer” series, we catch up with former members of our cheer squad to see what they’re up to now!

This week, we had the chance to chat with Grace, who was part of the team from 1974 to 1976. Needless to say, it brought back a lot of memories!

“Cheerleading was very different in 1974. We were the very first cheerleading squad the Alouettes ever had. Before, they were called “Majorettes”. At the time, we were cheerleading on a volunteer basis; We didn’t get paid. Pepsi-Cola was our sponsor for our uniforms. We only had the one uniform you see in these pictures, as well as a red Adidas tracksuit for colder days. We had to make our own pom poms with Steinberg grocery bags because they were red and white. It was a wonderful experience!” 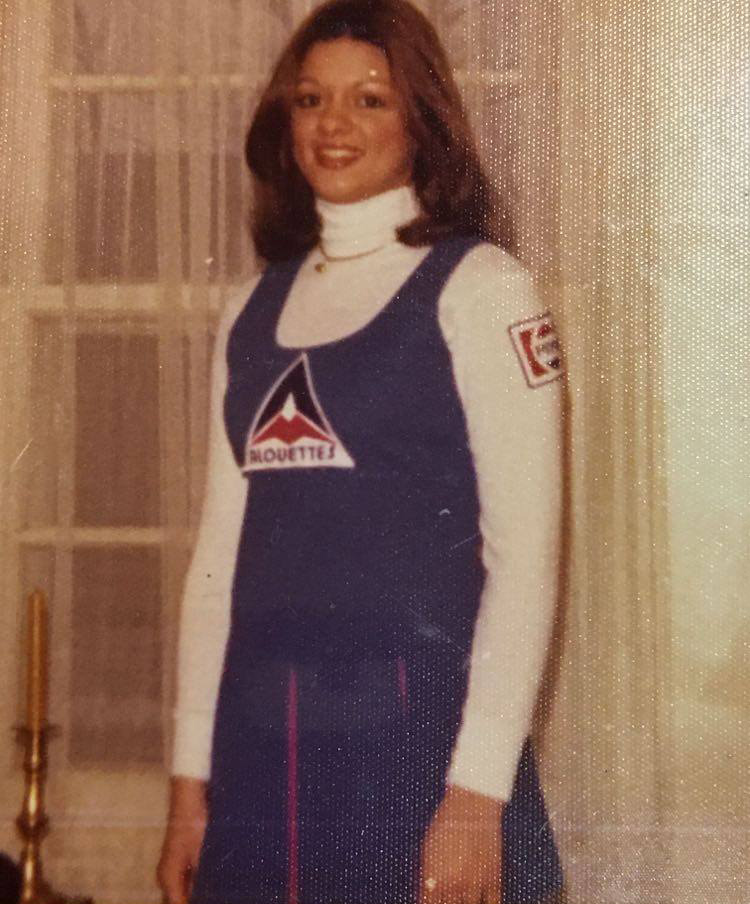 As crowd leaders and spirit raisers, cheerleaders are the backbone of the team. Win or lose, rain or shine, we can count on them the get the crowd buzzing. But their involvement is not limited to game days. Our cheerleaders have always been heavily involved with the community, participating in various charity events throughout the year. And this desire to help the community dates back to the start. Grace dug up newspaper clippings of a hospital visit the Alouettes did in 1975.

In the picture, we can see a few cheerleaders, including Grace, along with Johnny Rodgers, Phil Price, and Gene Gaines. 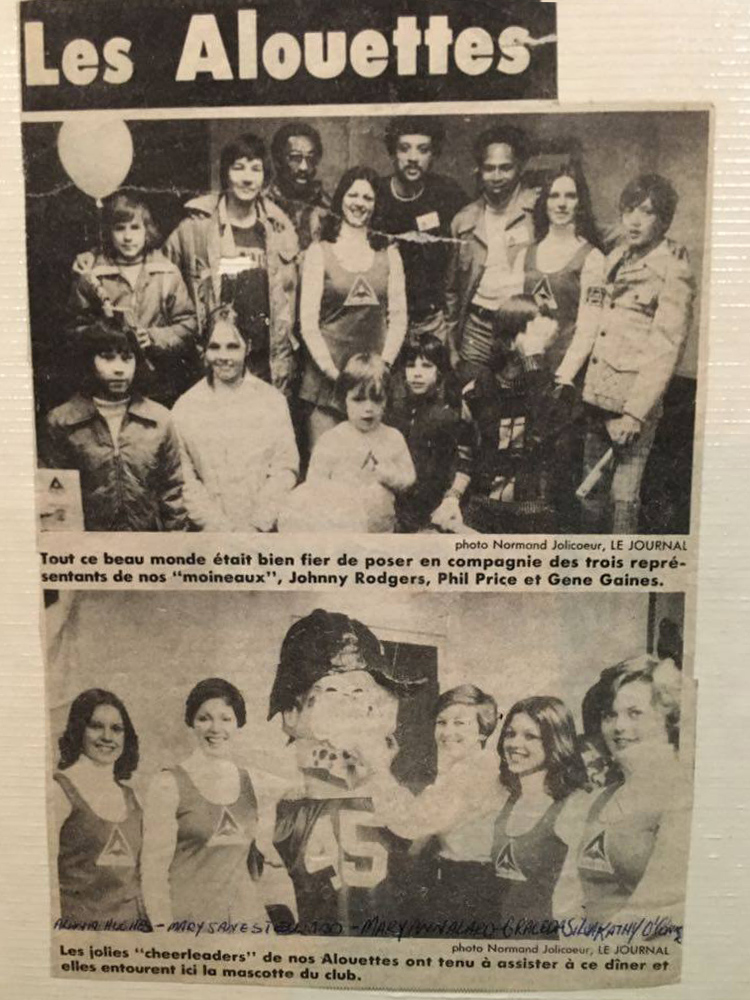 Fun fact, Grace was also first runner up for the title of Miss Alouettes in 1975! 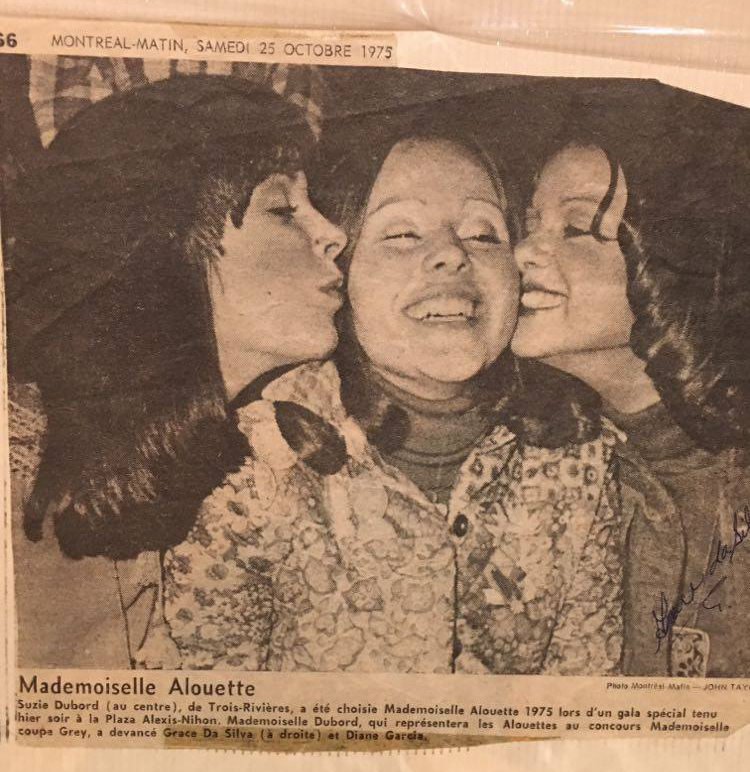 After her time with the Alouette, Grace worked on and off as a hairdresser until she had her children, which are now 34, 38, and 41 years old. “I am the grandmother of two 6-year old boys and a 2-year old girl. And I’m still married to the man I was dating in 1974.”

She was part of the Sir Wilfrid Laurier School Board for 16 years (1998-2014). She’s also been working for the Montreal Auto Show for 34 years, which is unfortunately canceled this year to the COVID-19 pandemic.

What a nice trip down memory lane this was!