Once A Cheer, Always A Cheer – Dominique

Once A Cheer, Always A Cheer – Dominique

Ever wondered what happened to some of your favorite Alouettes cheerleaders? In our “Once a Cheer, Always a Cheer” series, we catch up with our former cheerleaders to see what they’re up to now! 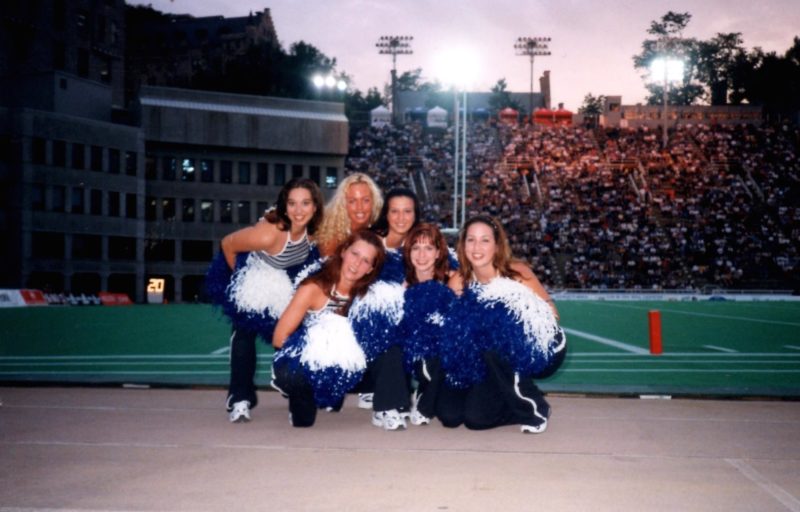 Today, I am the mother of three girls and I just became a grandmother to a little one called Allie. I have to specify that I am a YOUNG grandmother! I worked as a choreographer and dancer on different TV sets for a few years, and six years ago, I finally opened my very own dance studio in Varennes called “Studio Multi Danse Dominique Girard”

I feel very privileged to have had the chance to be a cheerleader for the Alouettes. I have so many amazing memories from this experience, such as the first time I stepped on the field of the Olympic Stadium on June 27, 1996. I still remember the roar of the crowd, it was incredible. At the time, I was the only girl on the team who had a child, and I still picture her falling asleep on our big pile of pompoms during our practices at night. And I can’t forget all the trips we went on for the Grey Cup…They were all so special.

I have many anecdotes that I can’t talk about….Annie wouldn’t be proud of me! I remember the time we went on our trip to Edmonton to participate in the Grey Cup festivities. It was in 1997 and we were sponsored by FILA. It was so funny to see our group of 32 overexcited girls in the airport, walking around with our puffy jackets and big bags. We all wanted to take group pictures, but at the time, we didn’t have digital cameras. Every girl on the team wanted pictures taken from her own camera, so I think we took the same group picture on over 20 different cameras…until Annie said that she was going to make copies! It took so long!

I made so many friends, met so many incredible people and I had so much fun, all while I was living my passion: dancing. The sense of belonging that I developed towards the Alouettes is quite special. Fun fact, I met the father of my children through the cheerleaders! I sometimes get nostalgic when I look back at these years of my life during which I had so much fun, and I can still picture myself on the field, getting the crowd to scream, cheering on the players and the team!
I want to say a huge thank you to the best coach, my friend…the beautiful Annie Larouche. None of this would have been the same without her. 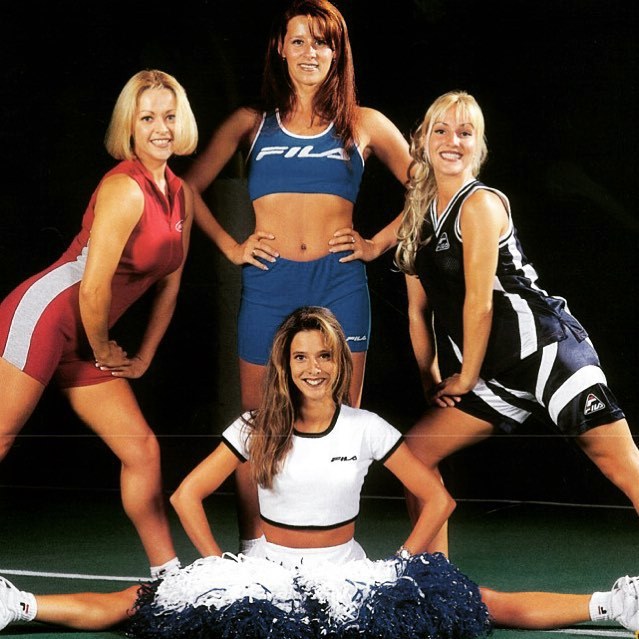