Back in 2010: Cahoon and the Alouettes in an thrilling offensive battle

Back in 2010: Cahoon and the Alouettes in an thrilling offensive battle

MONTREAL – Tonight at 7 p.m., RDS will continue its special programming of some of the best Alouettes showdowns of the decade with the rematch of the 97th Grey Cup at Mosaic Stadium in Regina.

The outcome of this battle: a double-overtime 54-51 victory for the Riders. The season before, Montréal had won the ’09 Grey Cup game to the Riders at McMahon Stadium in Calgary.

Everybody remembers the infamous 13th-man unraveling of November 29, 2009. A few seconds before the end of the battle, the Riders were leading by two points. Damon Duval had the opportunity to kick the winning field goal to give the Alouettes the championship, but he missed. Rider fans were euphoric in the stands…until a penalty was called. A penalty for too many men on the field. Duval had the chance to redeem himself from his failed attempt minutes earlier. And this time, he kicked it right in, and our Als could hoist their first Grey Cup in seven years. What a story! We never get tired of hearing or reading about it. 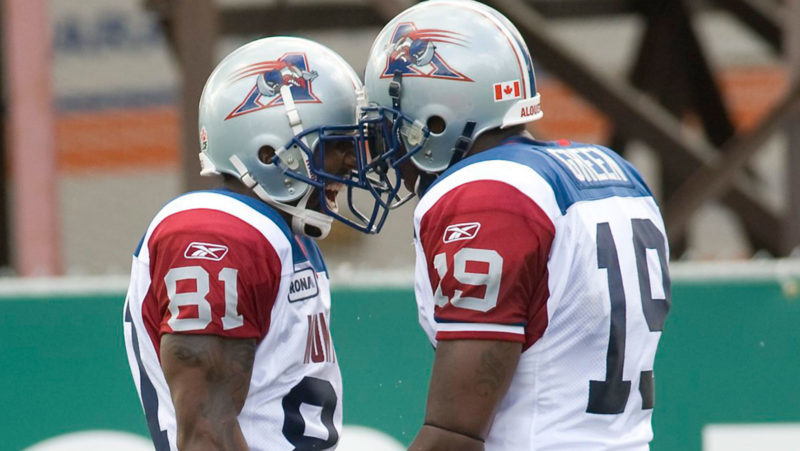 On July 1st, 2010, the Alouettes and the Riders were opening the 2010 CFL season in Regina for a much-awaited showdown. In this offensive battle, Saskatchewan was trailing 33-12 early in the second half but impressively staged an improbable comeback with four touchdowns in the second half and two more in overtime, to finally get the big win.

“I clearly remember how devastated the Riders’ players were at the end of the 2009 Grey Cup battle”, said Cahoon. “And I knew that they were looking forward to playing against us once again, but you just can replicate the scale and the atmosphere of a championship game.”

“Riders’ fans are incredible, but they are very hostile,” explained Cahoon. “They wanted to bother us, and even harass us at some point. The fans who were closest to the players’ bench wanted to give us a hard time. But it was kind of entertaining.”

Fun fact. During overtime, the Riders had the first possession. The scored a touchdown and a  2-point convert. The ball was then in the Alouettes’ court but they failed to convert on third down. The Riders were euphoric once again, but to everyone’s surprise, a penalty for having too many men on the field was assessed to the green team, giving the Alouettes a second shot at the end zone. A touchdown and 2-point convert later, the score was tied once again.

But in the second round of overtime, the Als were only able to add three points with a field goal. Two plays later, the Riders claimed victory.

“We didn’t prepare any differently for this battle,” said Cahoon. “They had a chance to get revenge. I’m sure that it gave them more motivation.”

“As for our game plan and our preparation, every game was the same. We don’t want to treat certain battles differently emotionally or spend more time preparing for a specific game. “ 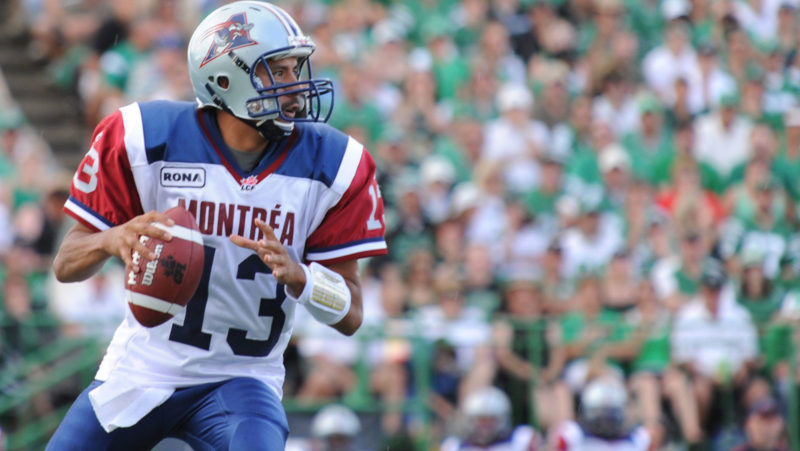 Born in Orem, Utah, Cahoon was considered a Canadian player in the CFL, because his parents were from Canada and he had spent a big part of his childhood in Cardston, Alberta.

And the man in question has always been proud of his Canadian roots. “I feel as Canadian as American,” said Cahoon. “I grew up in Canada until I was eight years old and then we moved to the United States. My entire family lives in Canada, and my ancestors too. We can go back four or five generations. All Canadians, all from Alberta.”

” I consider myself as Canadian. I cherish and love my Canadian heritage. I have the best of both worlds.”

“just like Calvillo, Ben Cahoon established many records in the CFL. He also hoisted the Grey Cup three times (2002, 2009, 2010), was awarded the title of CFL All-Star three times, and was named CFL Most Outstanding Canadian player twice (2002 et 2003). And there’s more…

Among all these titles and accomplishments, what is Cahoon most proud of? The team and the process of course. “We play to win championships, “ he said. “Football is a fantastic sport because you have individual work to do to perform well. But at the end of the day, it’s the ultimate team sport.”

“We start our football career telling ourselves that we want to make it as a starter on the team. We need to do this or that in order to remain in the team once we’ve been selected. But we quickly realize that we need every one of our teammates. We all play an individual role, but we’re all interrelated. We need to find a balance between our performances and being an excellent team player.”

We all remember the Calvillo/Cahoon dynamic duo. Together, they were formidable. This chemistry allowed our receiver to catch 1,017 passes in 224 career games for 13,301 yards, and score 65 touchdowns.

He has had nine 1,000 yard receiving seasons, including a streak of eight straight between 2002 and 2009. Impressive is an understatement.

” It just happened, answered Calvillo, when I asked him how the relationship between him and Calvillo developed in such an exceptional way on the field. “We joined the Alouettes around the same time. At practice, we played the next battle.”

“That’s how our chemistry started to develop and thankfully, I became the guy Calvillo could depend on. When you play together for such a long time, you have to be able to recognize and anticipate what the other wants to do.”

” I consider myself very lucky to have been able to play with him for such a long time.”

Have you become good friends?

« Did you ask him this question,” answered Cahoon, curious to know what Calvillo would have answered the week prior during our interview.

No, we didn’t talk about it.

“I consider him a very good friend, followed Cahoon. I have a lot of respect for him as a human being, as a father, as a husband, as a coach, and as a leader.”

There you go, all has been said.