Spotlight on our local draft picks

Spotlight on our local draft picks

Most young football players relish the same dream of becoming professional athletes. Making a living out of the sport, practising it every day in optimal conditions and playing games almost each week in front on tens of thousands of screaming fans…Which young athlete wouldn’t want that? Add to that having the opportunity to star for their hometown team, compete in their own background and represent their corner of the world, it’s the dream.

This fantasy has come true (or almost) for five football players from Montreal. Last Thursday, no fewer than five athletes the RSÉQ (Réseau du sport étudiant du Québec) were drafted by Alouettes General Manager Danny Maciocia. And what’s more, these players come from universities that are all based right here, in Montreal.

We caught up with Marc-Antoine Dequoy, Brian Harelimana, Benoît Marion, Vincent Alessandrini and Jersey Henry to get to know them and to collect their first impressions about the life-changing news they received last Thursday.

AN IMMENSE SENSE OF JOY

Due to the confinement measures, the guys followed the draft surrounded only with close family members or roommates and their phone nearby, anxiously anticipating the news that could change the rest of their life. And they all receive that long-awaited call. The predominant feeling for all of them is an immense sense of joy. “Even though I had signed with the Packers a few days earlier, it was amazing to get drafted by the Alouettes. I had spoken a lot with Danny beforehand and I knew he wanted to pick me, but I was still very happy when I saw his call,” said Marc-Antoine Dequoy.

“It was an incredible feeling,” stated Jersey Henry. “It’s a dream come true to be drafted, and by Alouettes…I could not have asked for more! 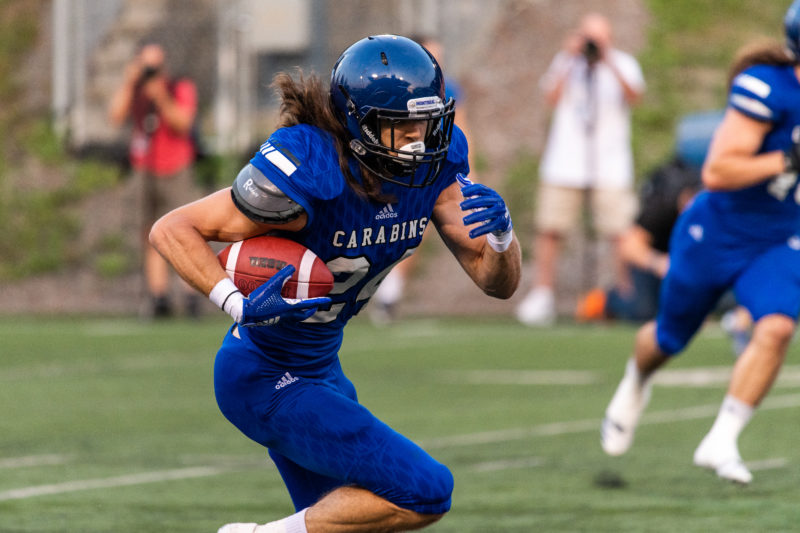 “For me it was also a relief, because even though I had spoken with Danny and other teams before, you feel that stress while you’re waiting for your name to be announced. It really was the best day of my life,” claimed Brian Harelimana with a lot of emotion in his voice.  It was emotionally charged evening for receiver Vince Alessandrini too, who explained he literally cried of joy when he got the call from Danny. “At the seventh round, it was time for my name to be called,” he stated laughing.

The five players were unanimous about this. They evidently feel an incredible sense of pride to have the opportunity to represent their hometown. “I grew up with the Alouettes, and the parades downtown,” said Benoit Marion. “I used to watch the games with my dad when Calvillo and Cahoon were playing. And despite the fact that the last few seasons were tougher, I’m extremely proud to be part of the organization.”

Brian Harelimana feels the same way. “I started playing football in 2003 and the Alouettes were THE team to beat. I’ve always followed the club and last year, my teammates and I were discussing about how we felt there was a different energy in Montreal towards the Alouettes. People were talking about the organization a lot more and there was a sense of pride that was coming back. I’m really happy to now be a part of this.” 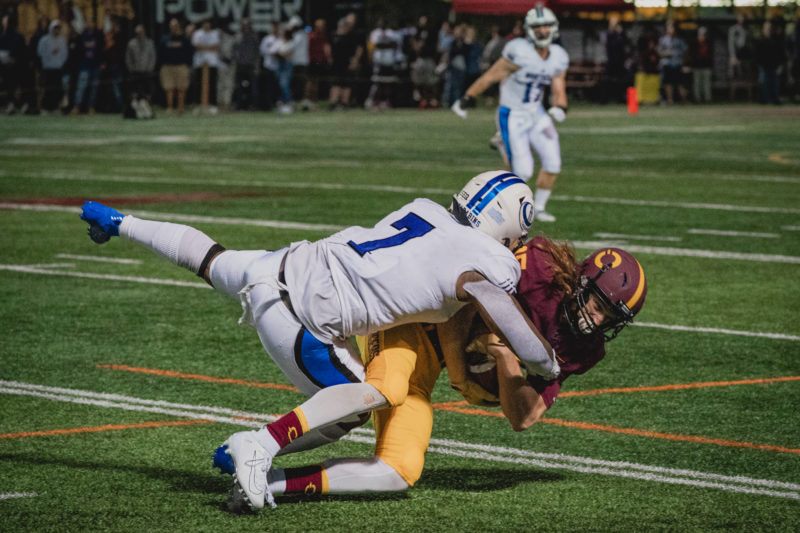 The family aspect is also an important factor. Most young players need to uproot and move to a different province or country to pursue their dreams. These five men have the chance to stay in the city that they know, close to their loved ones. “I want to be a professional football player no matter what,” said Benoît Marion. “I would be willing to go play for any team, but it’s definitely an advantage for me to be able to remain in Montreal.”

The current situation with COVID-19 has evidently had an impact on our new players’ preparation for this draft, namely due the cancellation of the combines. Our five Quebecers had worked very hard to be physically ready to be able to show off what they were capable of.

“It was a huge disappointment (when I heard the combine was not taking place). This event usually allows us to get noticed by the other teams. Of course, they can watch our tapes, talk to us over the phone, but the combine is a way for us to show off our skills as athletes and stand out from others,” stated Benoît. “It wasn’t all negative,” claimed Brian. “Danny knew about us, he basically knew all the players from the RSÉQ, which helped us get drafted by the Alouettes. The fact that the other teams couldn’t evaluate us during a combine could have been negative, but it turned out well for us.” 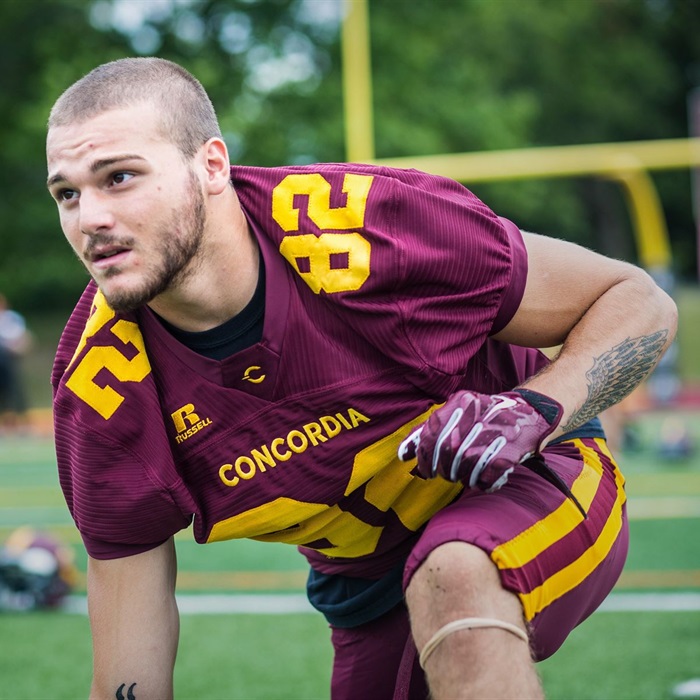 Vincent‘s preparation was slightly more unusual. A few injuries forced him to sit out many games over the past two seasons. “I genuinely did not expect to be drafted this year after everything that happened. In my head, I was already focusing on preparing for my last year with the Stingers. When Danny reached out to me a few weeks ago, I started believing I had a shot. The fact that he saw me play multiple time facilitated the process.”

EXCITED TO LEARN AND TO SHOW WHAT THEY’RE MADE OF

We all know it; the draft is a massive stepping stone in a professional football player’s career and the next step, securing a spot in the team, is arguably one of the toughest parts of the process.

Vincent has had the chance to train alongside B.J. Cunningham and Félix Faubert-Lussier multiple times. “I can’t wait to work with all these players, and especially Vernon Adams Jr. The relationship between a quarterback and his receiver is so important and I’m so impressed by everything he has accomplished over the past few seasons.”

“I still have a lot to learn,” admits Brian. “I’m a versatile player and I’m able to quickly reach to the opponent’s quarterback. As a young Canadian, I hope to get a position on special teams, but I’m going to give it my all and work extremely hard to get an opportunity on defence.” 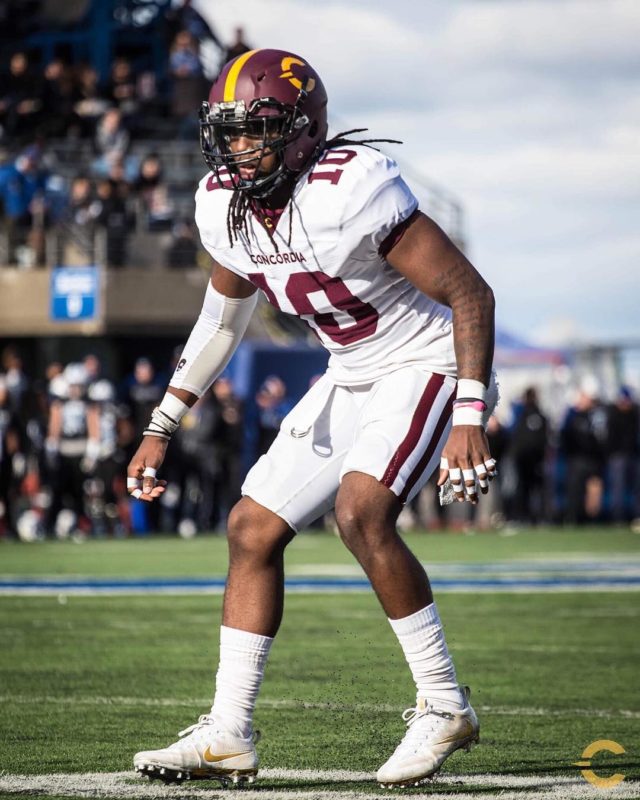 Marc-Antoine, who signed with the Green Bay Packers before the draft also has big expectations for his first season as a professional. “No matter where I play, I’m going to give it my all. I’m a playmaker, I’ll give everything I have for 60 minutes.

Same goes for Jersey who, just like the other defensive players, describes himself as versatile and hard-nosed. “I’m just excited to show what I’m capable of during training camp.”

Our five players coming from the Quebec university system know each other, having competed together, or against one another for the past few years.

For three of them, it will be a reunion with other Quebecers currently on the team. Brian, Jersey and Vincent were all on the team at Vanier CEGEP, along with Jean-Gabriel Poulin, Étienne Moisan and Hugo Richard. “Watch out, it’ll be the Alouettes of Vanier,” jokingly said Vincent.

“It’s going to be a lot of fun to all be together again,” add Brian. “I’ve also played with Junior Luke and Fred Chagnon during my first year with the Carabins.” Same for Marion, who trained with Junior Luke all winter. “It’s incredibly special to continue my football career with guys I know very well and who I’ve become friends with.” 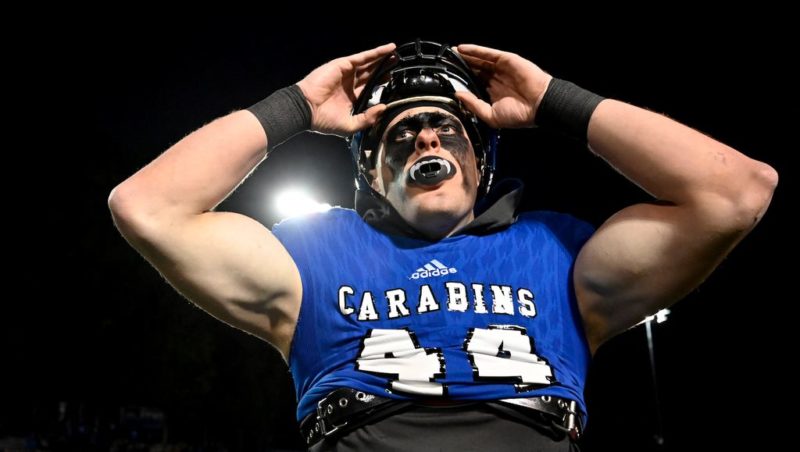 Integration in a new team for younger players when they already know a few guys on the team.  We had a really great group last season, and it shouldn’t be any different this year. We know our rookies will get along with them just fine.

“I’m thrilled to be with the whole team. I’m excited to be mentored by Vernon Adams, Henoc Muamba, Taylor Loffler, just to name a few,” added Henry. And as Marc-Antoine Dequoy wisely said: “The most important is to have a cohesive group as a whole. I’m just looking forward to meeting everyone in the locker room.”

As we mentioned earlier, the hardest part if their journey has just begun, but all of them are determined to do whatever it takes to secure their spot as soon as possible.

“Whether it be in Green Bay or Montreal, I’ll give everything I have for my team. I’m going to keep on working hard to prove that I deserve to be among the pros,” claims Dequoy. Marion, who has eligibility to back to school and play for the Carabins for another year if need be, has a similar mindset as his teammate. “I ache to be a professional football player; I want to succeed with Montreal and one day win the Grey Cup with my hometown team.”

Alessandrini too is extremely motivated to prove himself. “I didn’t think this was possible a few weeks ago. I’ve been preparing and training like crazy since January to become the strongest possible version of myself and I’ll give my all at training camp.”

We wish all the best to these five brilliant athletes and we feel proud to have these promising young players among us. Guys from here, who live and breathe Montreal and who are all very motivated at the idea of playing the sport they love in front of friends and family for the team they grew up watching and loving.

Once again gentlemen, welcome to the ever-growing Alouettes family!