Looking back on our top draft picks – Part 2: Defence

Looking back on our top draft picks – Part 2: Defence

The 2020 CFL Draft is right around the corner and our Alouettes will be on the lookout for their next wave of superstars. Over the years, we’ve found hidden gems through the drafts which have developed to become invaluable assets to the team.

We thought we’d look back at some of the Alouettes’ best picks in history. Our top draftees were broken down into three categories: offence, defence and Quebecers. Today, the spotlight in on defence!

Selected 7th overall in the first round of the 2008 CFL draft, Shea Emery spent the first six years of his professional career with the Alouettes. During his stint in Montreal, he amassed 261 defensive tackles, 44 special teams tackles, 13 sacks, 4 interceptions, 1 fumble recovery and 1 defensive touchdown.

The two-time Grey Cup champion’s best season was in 2012 when he totalled 87 tackles, including seven sacks. His exceptional performance on the field led him to earn both the East division All-Star and CFL All-Star distinctions. He also received the Lew Hayman Trophy, awarded to the outstanding Canadian player in the East Division, and the James P. McCaffrey Trophy, awarded to the outstanding defensive athlete in the East Division. 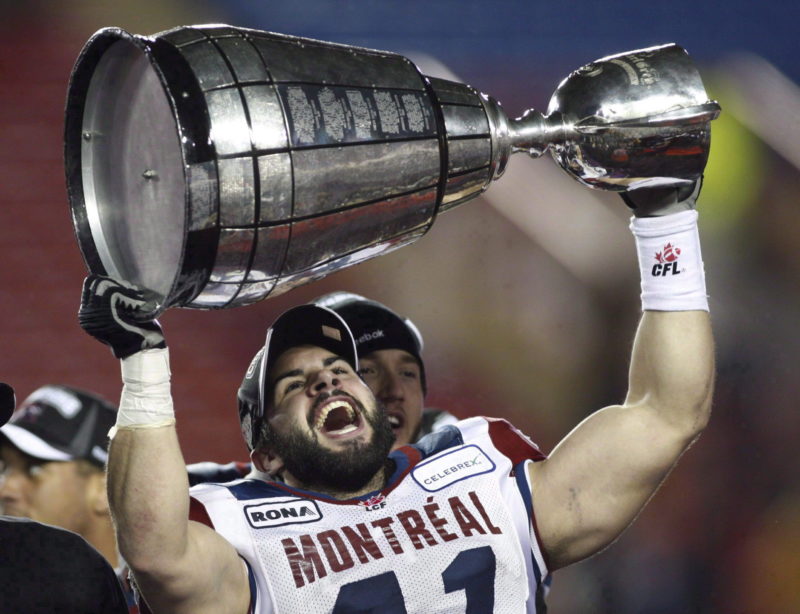 He signed with the Toronto Argonauts in 2014 and played every single game. He was acquired by the Saskatchewan Roughriders the year after but suffered a career-ending injury only halfway through his first battle of the season. He announced his retirement shortly after.

Throughout his career, Shea was played a big role in spreading awareness and understanding of mental illness. After a severe concussion in 2011 that sidelined him for the remainder of the season, he found himself dealing with demons from the past, having suffered from depression and mental health issues in his adolescent years. He decided to use his platform to bring awareness to the matter and break the stigma. He was honoured with the Jake Gaudaur Veteran’s Trophy in 2013 for his initiatives. He then launched the WellMen Project, an endeavour aiming to empower men to take care of their own mental wellness. To this day, he still very heavily involved in spreading the word about mental health and has become an ambassador for many initiatives, including the Movember Canada’s Men’s Mental Health campaign, Bell’s “Let’s Talk Day” campaign, The David Suzuki Foundation, and Canadian Men’s Health Foundation.

Selected 6th overall in the first round of the 1999 CFL draft, cornerback Davis Sanchez had an incredible 11-year football career, during which he played 155 CFL games and recorded 28 interceptions and three fumbles. He hoisted three Grey Cups, one of them in Montreal in 2009.

During his second season with the Alouettes, he amassed nine interceptions, the most out of any player in 2000, which led him to earn CFL All-Star and East division All-Star selection. That year, he also won the Lew Hayman Trophy as the best Canadian in the East Division. His outstanding performance caught the interest of the San Diego Chargers, with whom he spent his next two seasons. He came back to the CFL in 2003, until his retirement in 2012, and played for the Stampeders, the Alouettes, the Eskimos and the Lions. He won another CFL All-Star title in 2003, and two additional East division All-Star distinctions in 2004 and 2008. 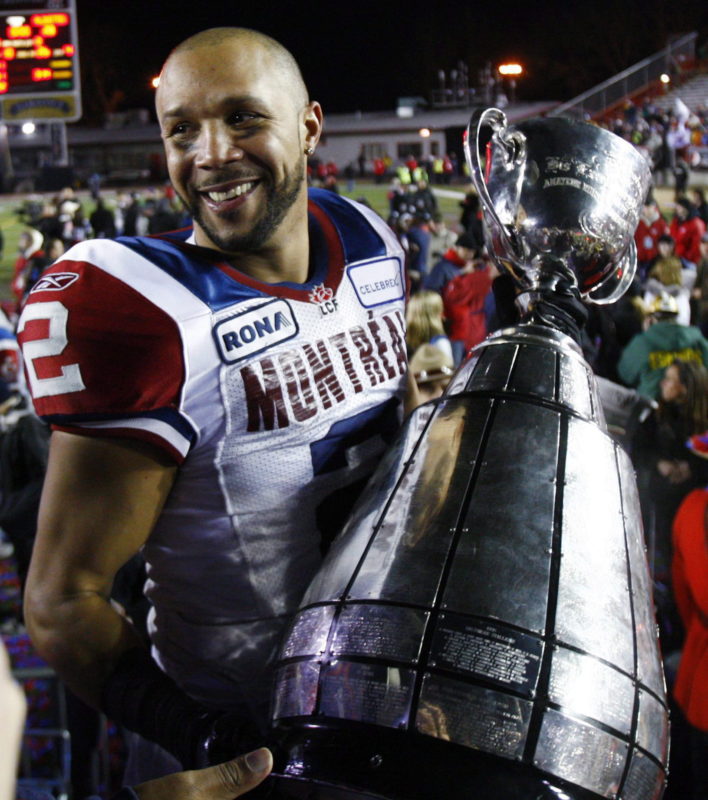 In May 2017, Sanchez was appointed as the new game analyst on TSN 690 for broadcasts of Alouettes games. Less than a year later, Sanchez joined the CFL on TSN panel as an analyst for CFL television broadcasts.

Selected 36th overall in the fourth round of the 1971 CFL draft, All-Star defensive back Tony Proudfoot spent nine of his twelve years in the CFL as an Alouettes. He played five Grey Cup championship games, and won two of them, including the 1977 Ice Bowl battle. He is remembered for shooting staples though his teammates’ shoes, to give them traction on the icy field, in their win over the Edmonton Eskimos.

He earned the title of East division All-Star in 1977 and 1979. He signed with the BC Lions in 1980 after announcing his retirement in 1982. During his football career, Proudfoot was also teaching physical education at Dawson College in Montreal. After retiring, he combined his love of mentorship and of football and coached various youth football teams across the city, including the Junior Alouettes. He pursued his education to earn his Master’s degree in sports science at McGill University. 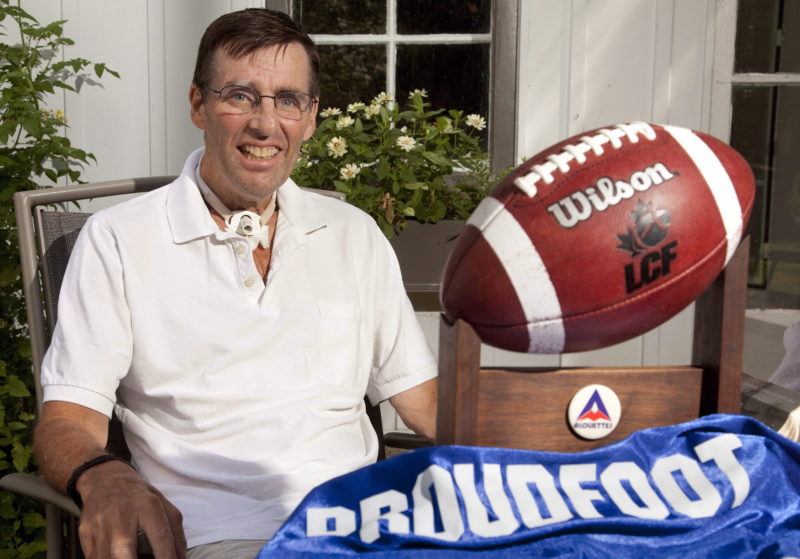 When the Alouettes came back to Montreal in 1996, he became the team’s broadcast analyst on CJAD. He a published a book in 2006 titled “First and Goal: The CFL and the Pursuit of Excellence” which examined the traits that differ from extraordinary athletes to regular players. One year later, in 2007, he publicly announced that he was suffering with ALS, more commonly known as Lou Gehrig’s diseases. He documented his battle with the illness through chronicles in the Montreal Gazette and founded the Tony Proudfoot Fund for ALS Research at the ALS Society of Quebec, which raised over $500,000 for research into the disease.

He was inducted into the Football Reporters of Canada section of the Canadian Football Hall of Fame and Museum in 2008 and accepted the CFL’s Hugh Campbell Award for Distinguished Leadership before the Grey Cup Eastern Conference final in Montreal in November 2010. Tony Proudfoot passed away on December 30, 2010, at the age of 61.