With this week’s announcement that the start of the football season has been delayed to July, the challenge players face now is to continue their preparation to ensure their body and mind will be in top condition to hit the ground running as soon as things get back to normal. For our athletes, physical training can only go so far, as they also need to maintain a high level of mental sharpness in order to study the playbook they’ll be receiving in the next few weeks.

At this time of the year, players usually get together to start laying the groundwork for the season with group trainings, mini camps, meetings; It’s a critical period for rookies and teams learning a new system. But in this uncertain world of pandemic and social distancing, they may have to resolve to get a lot of that preparation done virtually, on their own. Memorizing a playbook and making it stick is a tough challenge for any professional football player and having to do it miles away from coaches and teammates can be an even more daunting task, especially for rookies.

We caught up with Vernon Adams Jr, Henoc Muamba and Eugene Lewis to get their insight on the complexities of learning entire playbooks and to uncover the tricks they use to commit it to memory. 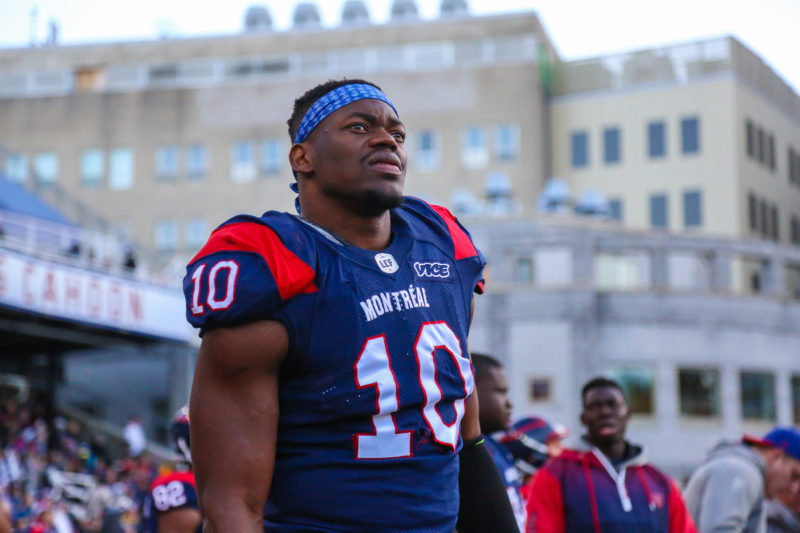 Although each player’s capacity and speed to process and retain information differs, the consensus remains the same among the three: learning a playbook is tough, and requires long hours of hard work, and a lot of self-discipline. “It’s every man’s responsibility to review their playbook even though they went through it all multiple times already,” said Henoc. “As a player, it’s easy to head to your room after a tough day and just lay in bed, but you have to get rid of that laziness and be mentally strong to do your homework.” 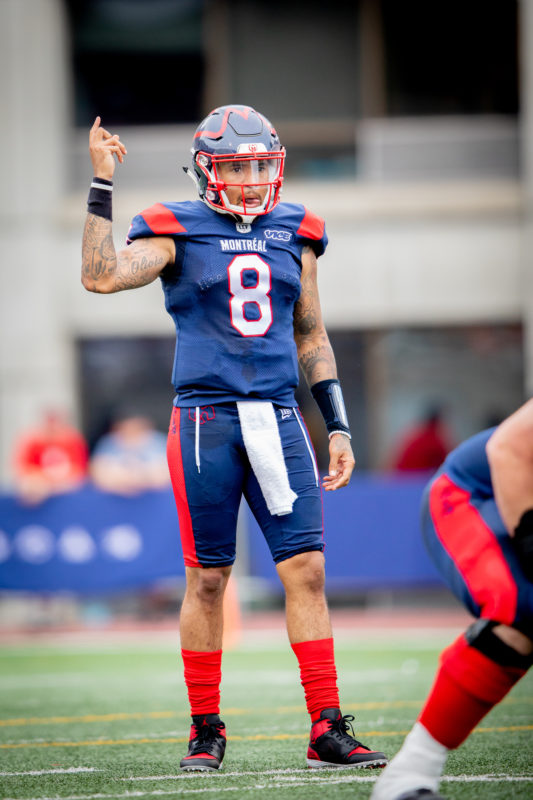 But what makes it so complex? For starters, no two playbooks are the same. “The concepts remain relatively constant across teams and coaches, but you always have to learn different terminology, different lingo,” stated Vernon Adams, Jr. Adding to that is the sheer number of iterations there can be for a single play. According to Geno, one play can have more than ten variations, because the guys on the field must be equipped to anticipate their opponent’s moves and be ready make split-second decisions. “I can’t even give you a specific number, it depends on what the offence presents. That’s the challenge of being in defence. The great athletes are the ones who are able to remember the small adjustments, the rules to each play and to adapt accordingly,” added Henoc. Knowing and memorizing the theory is one thing but owning it to the point where it becomes instinctive and second-nature is what separate good players from great ones. “When you get in the huddle, you have to hear the play and go do what you’re supposed to do. You don’t have the time to think,” stated Geno.

Memorizing hundreds of pages can seem like an impossible feat, but with years of experience, and a fair amount of trial and error, players develop their own systems to make sure all that information will stick. Word association and visualization are techniques regularly used by our guys. Vernon and Henoc also explained how writing down the plays and drawing them up over and over again helps them remember. “Repetition is the mother of learning,” said Henoc. “I’ll rewrite, redraw and repeat it again and again until it sticks in my brain. I’ll replay it in my mind before going to bed and when I stumble and can’t recall something, I’ll open my book up … even if I lose a bit of sleep.” Heading into his 10th year as a pro, Henoc admits that it’s easier when you’ve been exposed to the sport and the jargon for a few years. Why? “As different as systems may be, football is football, the concepts remain the same. Once you’ve mastered those, then you just have to deal with the terminology and get used to the new names.” 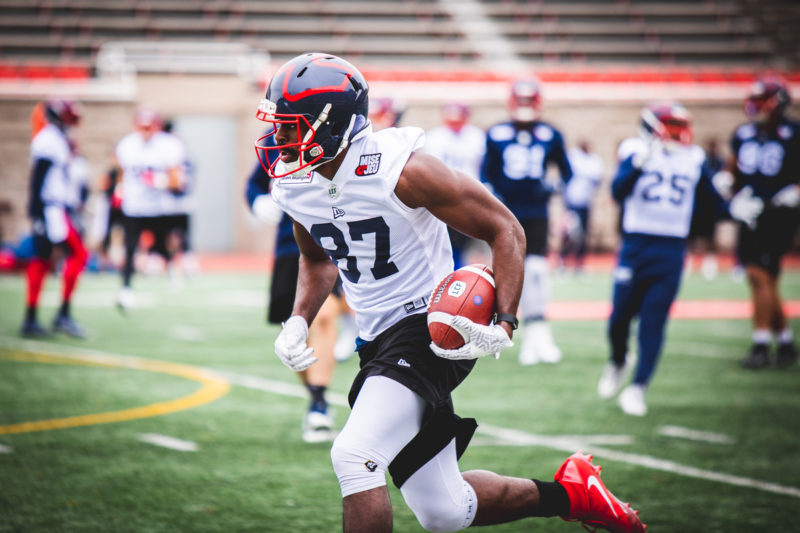 Geno, on the other hand, likes learning the hard way. For him, the best way to commit it to memory is to attempt the play during practice and mess it up. “Once you mess it up, you won’t do it again. You’ll learn from your mistake.” But errors don’t just happen while training. Despite years of experience and countless hours of studying, ever the best athlete can go blank in the middle of the game at least once in their career. “We’re human and we put so much in our minds. Our brains are like computers and even computers crash sometimes. It happens,” said Geno. “At the end of the day, it doesn’t matter how you make that mistake, it’s about how you bounce back. You have to be mentally tough enough to continue to move forward. Be where your feet are, where you are right now, take care of what counts, ” adds Henoc.

Vernon Adams Jr. concluded with a few words of advice for rookies: “When you walk through the doors of your workplace, no matter what you’re dealing with, all that has to stop at the door. You have to put your full attention into your profession so you can be the best version of you and give us the best opportunity to win as an organization.”