With CFL Combines Being Cancelled, Byron Archambault Will Face an Unusual Challenge

With CFL Combines Being Cancelled, Byron Archambault Will Face an Unusual Challenge

On Friday, March 13, 56 of the best players from the East were scheduled to participate in the regional camp held in Baie d’Urfé on the West Island, hoping to stun at least one CFL team. Among these athletes, a handful would have been invited to the national combine. Given the current spread of COVID-19, however, the league took precautionary measures, cancelling all combine and tryouts and asking teams to resort to different methods of player evaluation. What this means is Byron Archambault, recently named Director of National Scouting for our Alouettes, and his colleagues will likely be riveted to their screens in the upcoming weeks, watching more and more tape of those eligible for this year’s draft.

As they enter this key period in a very non-traditional way, our recruiters may want to focus their attention on the following roster needs:

But, regardless of immediate priorities, their main goal remains to find the best available candidates.

“The team will always have specific needs, but our job is to find the most talented guys, period,” says Byron Archambault. “For example, if a defensive back separates himself from the crowd, we have to do our due diligence even if we didn’t plan on drafting a guy at that position. Leave no stones unturned.“

Of course, a combine or any type of evaluation is crucial for these young players. Each and every one of them wants to stand out, show that he is stronger, faster, more explosive than the next guy in line. And all that needs to be done in a short amount of time or, this year, through video. The pressure can be huge, but a player shouldn’t necessarily worry if his name isn’t on everyone’s lips. Sometimes, an athlete will think his talent went unnoticed. But nope! Teams noticed. They just didn’t want to share their findings with their rivals. In fact, scouts often prefer concealing their cards and refrain from mentioning any man they think could be a diamond in the rough. Remember, strategy is huge in football, whether on or off the field. 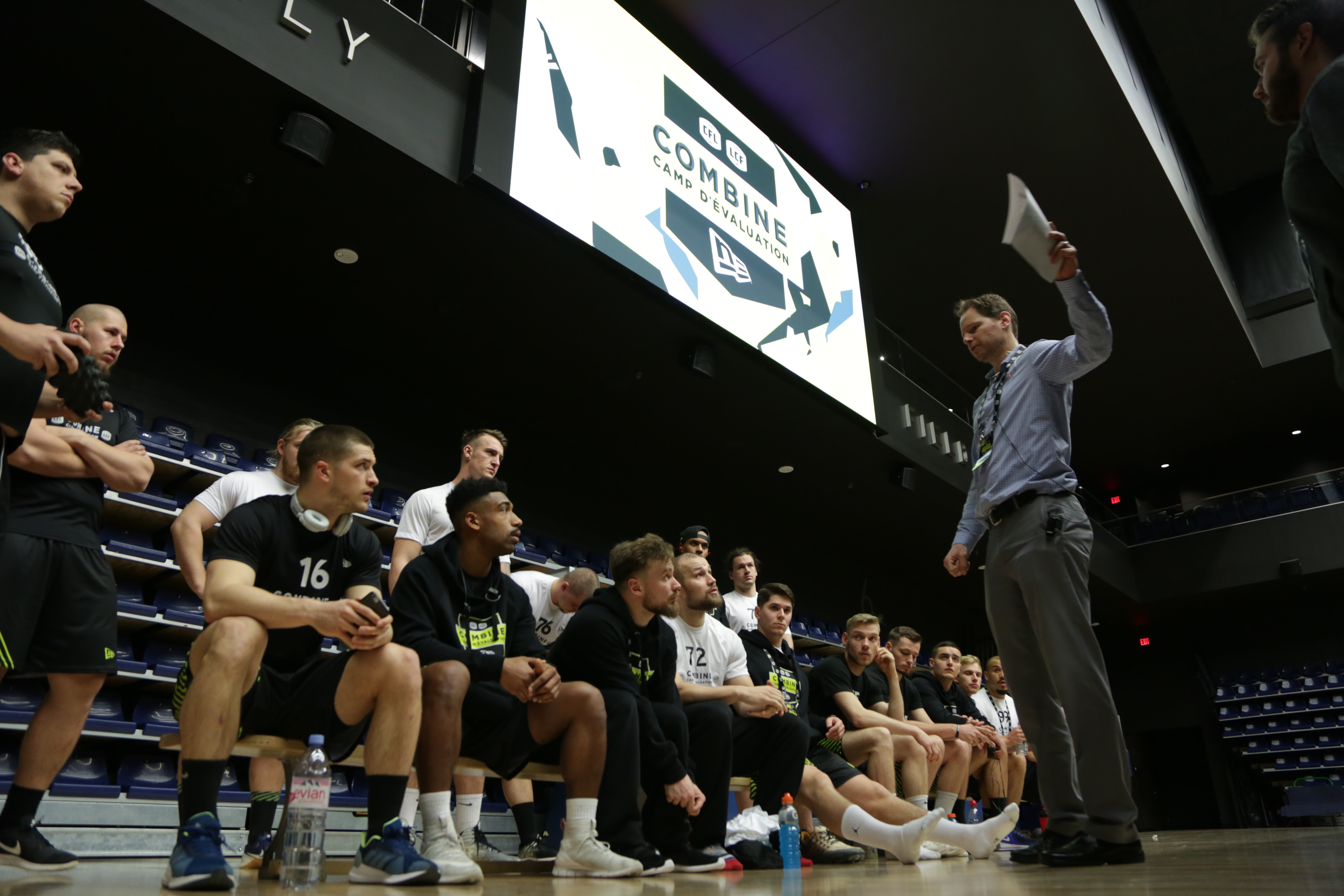 Depending on their position, players are evaluated differently. Recruiters don’t necessarily want to see the same athletic abilities in a linebacker as in a receiver.

“When we look at linebackers, we want to see versatile guys. They have to be good at everything,” Bryon explains. “A linebacker has to be able to play with the big guys and run with the quick ones. The 20-yard shuttle lateral speed test is a very important one at that position. With defensive linemen, we’ll surprisingly pay close attention to their 40-yard dash, but not to the whole thing. We’re interested in seeing his first 10 yards to measure his explosiveness and ability to become a great pass rusher. Linemen, in general, also need to show up in one-on-ones, while receivers are required to perform in the dash and vertical leaps.”

In addition to dissecting physical abilities, scouts account for personality and common sense. In fact, the most stressful moment for many is the interview, something that might be more important than ever given the cancellation of the combines themselves. 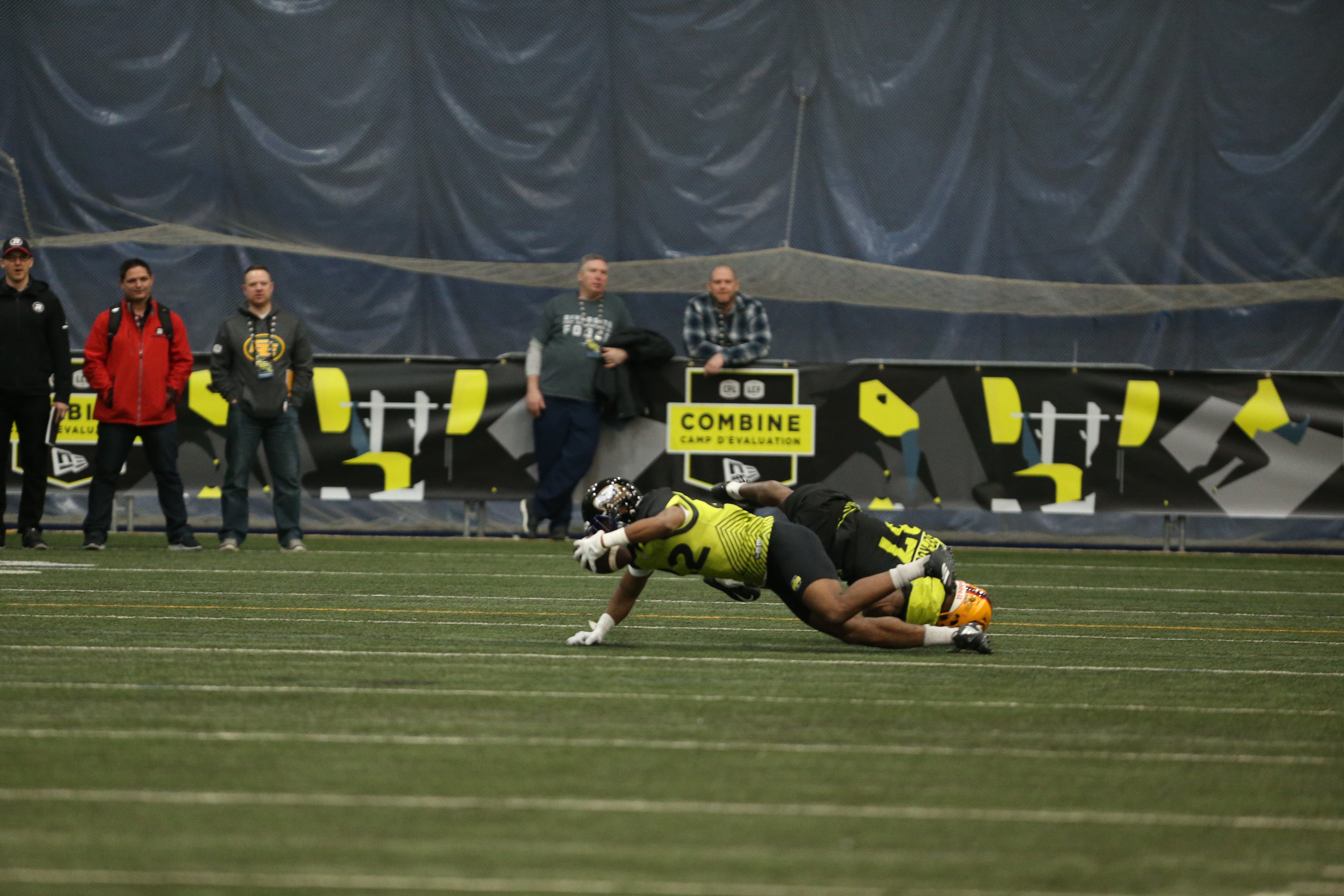 “Often, teams try to throw guys off their game,” Byron admits. “He was, himself, questioned by several panels when fighting for a spot in the CFL. There are no right or wrong answers. Scouts mostly want to evaluate your reaction or your ability to think on your feet. I once stepped into a room only to be told by a team that I’d never have what it takes to be one of them because I was too physical and caught too many penalties. You have to stay calm, control the chaos.”

Aside from bombarding guys with unsettling remarks and questions, teams ask them about their family history looking to know if their parents or siblings are also gifted with athletic talents. Some also ask which CFL player they identify to. The answer allows recruiters to evaluate the candidate’s self-confidence as well as his general knowledge of the league. Of course, social media profiles are examined under a microscope. Those who think their personal posts won’t affect their future employer’s perception are wrong. Pro tip from Byron: always put your best foot forward, in real life and online. 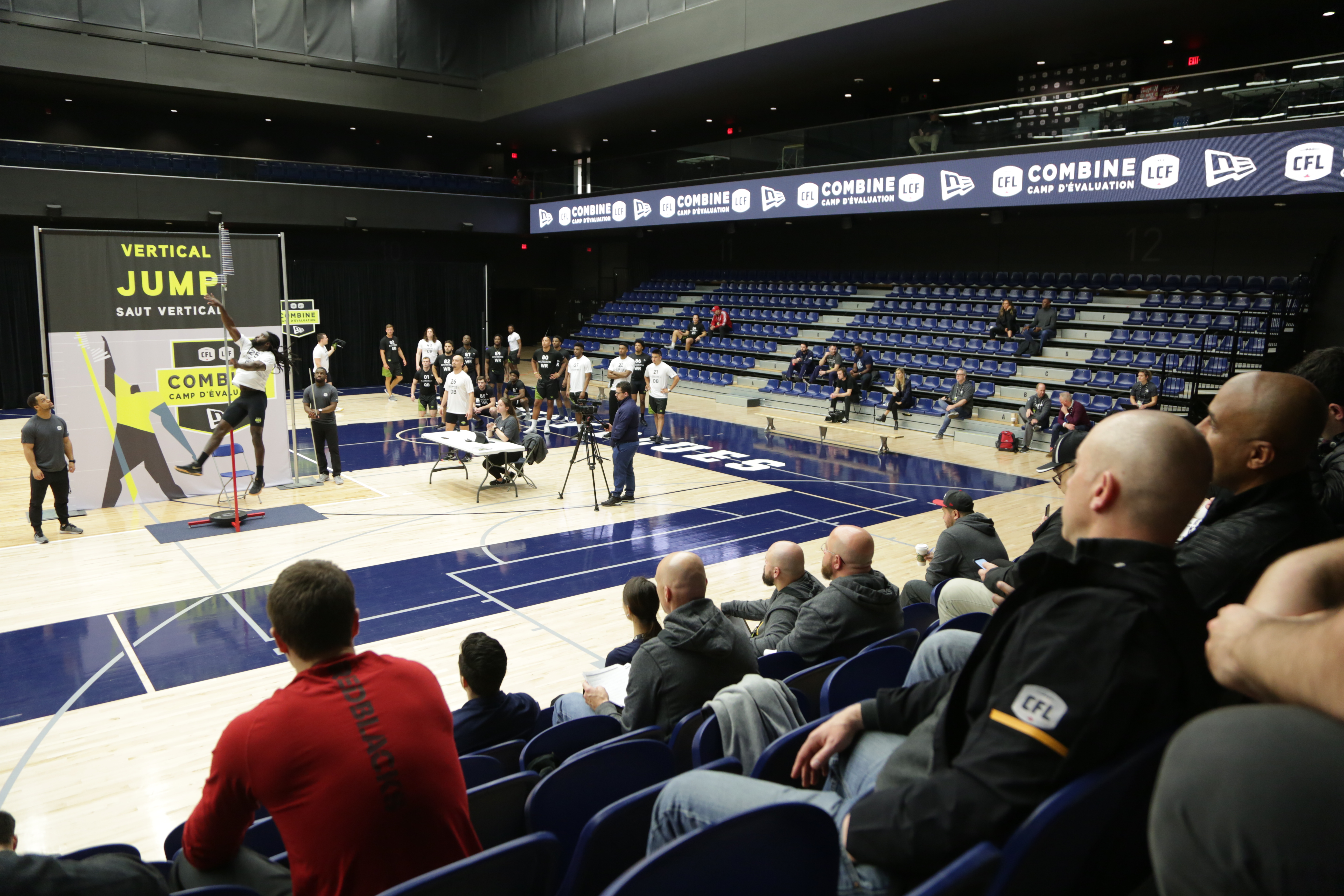 A few names to remember

Prior to the announcement made by the CFL, our squad attended the Ontario Regional Combine on March 12. The Eastern Regional, Western Regional and National combines have all been suspended in concern for CFL staff and players. Our recruiters will pursue their efforts from Montreal aiming to spot diamonds in the rough likely to still be available in the second round of the draft on April 30. While Eastern and Ontario athletes are often ranked the highest, the West could be hiding some gems this year considering the Calgary Dinos hoisted the Vanier Cup. Among the most coveted players of our side of the nation are Concordia linebacker, Jersey Henry, Université de Montréal defensive linemen Benoit Marion and Félix Pelletier, Ottawa University linebacker, Kyle Rodger, McGill running back, Quincy Williams, and Laval receiver, Marc-Antoine Pivin.