What. A. Week. For us, here, at the Alouettes, but also for the league as a whole. The new negotiation window undoubtedly fuelled an unprecedented frenzy. By Tuesday afternoon, fans, the press and social media managers were already caught in a whirlwind of announcements. Our Football Operations folks, however, were able to stay the course and focus on their priorities:

1️⃣ Glitzing Up the Defence 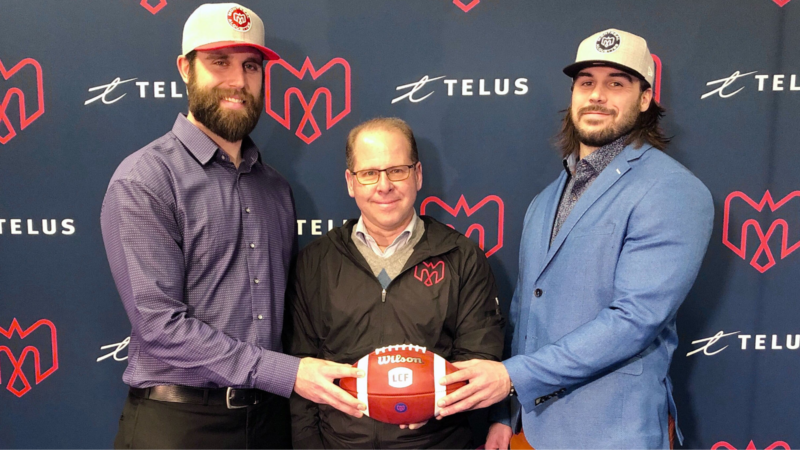 While there were legitimate concerns regarding our defence, the team made sure to quickly address them, starting with the signing of two impactful DBs, Ciante Evans and Tyquwan Glass. After recording 29 defensive tackles and, mostly, three interceptions in 13 games last year with us, Ciante Evans was one of those key weapons our team just wasn’t ready to let go of.

His return was visibly something our GM Danny Maciocia was happy to discuss with the media.

“We had to work very hard on Ciante’s case, but we found a way to make it happen. He loved his experience in Montreal and he truly believes in what we have.”

Glass, on the other hand, was part of our squad in 2018 and showcased his talent last year in Edmonton under our new DB coach Barron Miles’s supervision. We are now in possession of a solid group of potential starters, including Ciante Evans, Taylor Loffler, Greg Reid, Najee Murray, Tyquwan Glass and perhaps even Jarnor Jones, that can only continue to grow with the help of Hall-of-Famer Barron Miles.

Then came Monshadrik “Money” Hunter. Yes, Money Hunter, that is. An interesting addition considering how often our GM has brought up the cap issues in the past weeks (bad joke), but also because he’s a highly versatile player. So, who’s this Money guy?

“You’ll know who he is,” promised Danny. “He’s a valid candidate for the strong-side linebacker position.”

He’s also a candidate Barron Miles happens to know very well, since he too is coming to us from Edmonton. Still in doubt? Just remember when Patrick Levels made his way to Montreal. He had mostly been used on special teams in Calgary and certainly wasn’t the most famous of the bunch. The coaches, however, were able to bring out the best out of the explosive player by building a system that suited his skills. Something they will certainly want to reproduce with Money and the rest of the new defensive crew.

Earlier this week, our GM also spoke highly of Canadian linebacker DJ Lalama, a guy who’s highly appreciated by his peers and who plays his heart out every single time. Could Money and DJ be by Henoc Muamba’s side? At the very least, the coaches will have options to play with.

The most crucial moves of the week, however, were arguably those involving the defensive line. The return of Woody Baron, Bo Banner and Lord Hyeamang, and, above all, the addition of Defensive End Adrian Tracy came as a positive answer to the pass-rushing issue. Although he was limited by an injury last year, Tracy says the rehab allowed him to grow even stronger. If he shows up 100% healthy to training camp, the DE could certainly pair up with fellow John Bowman to become a serious double-threat. Between 2016 and 2017, he recorded 85 defensive tackles and eight QB sacks in 33 games disputed in the Ticats uniform. Standing at 6’3, 245 lbs, Adrian is known for his athleticism and knack at getting to the quarterback, but also for his ability to drop back in coverage. Another quality hybrid resource.

“Ideally, we would play with eight Canadian starters to ensure more flexibility in case of an injury.”

To better his odds at achieving that, Danny hired four Quebecers, including three alumni Carabins. David Ménard and Junior Luke, who both were part of the BC Lions organization last year, have what it takes to stir the pot at training camp, according to our GM. In fact, the two defensive linemen could be more at ease now that they’re closer to home and work their way into the rotation or become ratio changers. Frederic Chagnon, who also played for both the Carabins and the Lions, as well as Alexandre Gagné, are coming in as linebackers contending for spots on special teams.

Some tougher decisions also had to be made, like the trade involving kicker Boris Bede. In return, our Alouettes acquired Canadian kicker Tyler Crapigna. The key word here is Canadian. Tyler’s status certainly can’t be overlooked, nor can his compensation. Business is business and sacrifices needed to be made in order to retain or secure key assets. Not to mention, the team also acquired beast of a kicker Ryan Santoso as well. A 6’6, 258 lbs kicker. He has to have a strong leg.

Of course, more movement could happen, but the muscle added to our roster in only a week is quite significant. And, through it all, our exciting offensive squad that led us to spectacular wins last year hasn’t lost its lustre.