Tough, but fascinating. Everything you need to know about Gary Stern.

Tough, but fascinating. Everything you need to know about Gary Stern.

Most of us likely had the same reaction when hearing the team was sold to Sid Spiegel and Gary Stern: Who the heck are they?

Raise your hand if you picked your phone up and googled either one of their names, Crawford Steel or S and S Sportsco. I personally googled them all, proceeded to scroll thoroughly through my Twitter feed and read pretty much every article out there pertaining to our new owners. Hours of research that really didn’t teach me much about who these men are. Ontario-natives, steel industry gurus, a father and his son in-law, and then what?

Mr. Stern spent some time with us in Montreal after the announcement of the sale was made. Spent some time as in: he actually met with each department of the company – from Corporate Sponsorships to Marketing and Ticket Sales. Although he admittedly shies away from media interviews, Mr. Stern, or Gary for those in the know, possesses all the qualities of a great public speaker. He goes straight-to-the-point, he’s honest, astonishingly charismatic and he knows how to motivate his troops. He certainly didn’t shy away from sharing his expectations towards the staff. Gary wants a healthy organization; on the field and in the books. Fair enough. 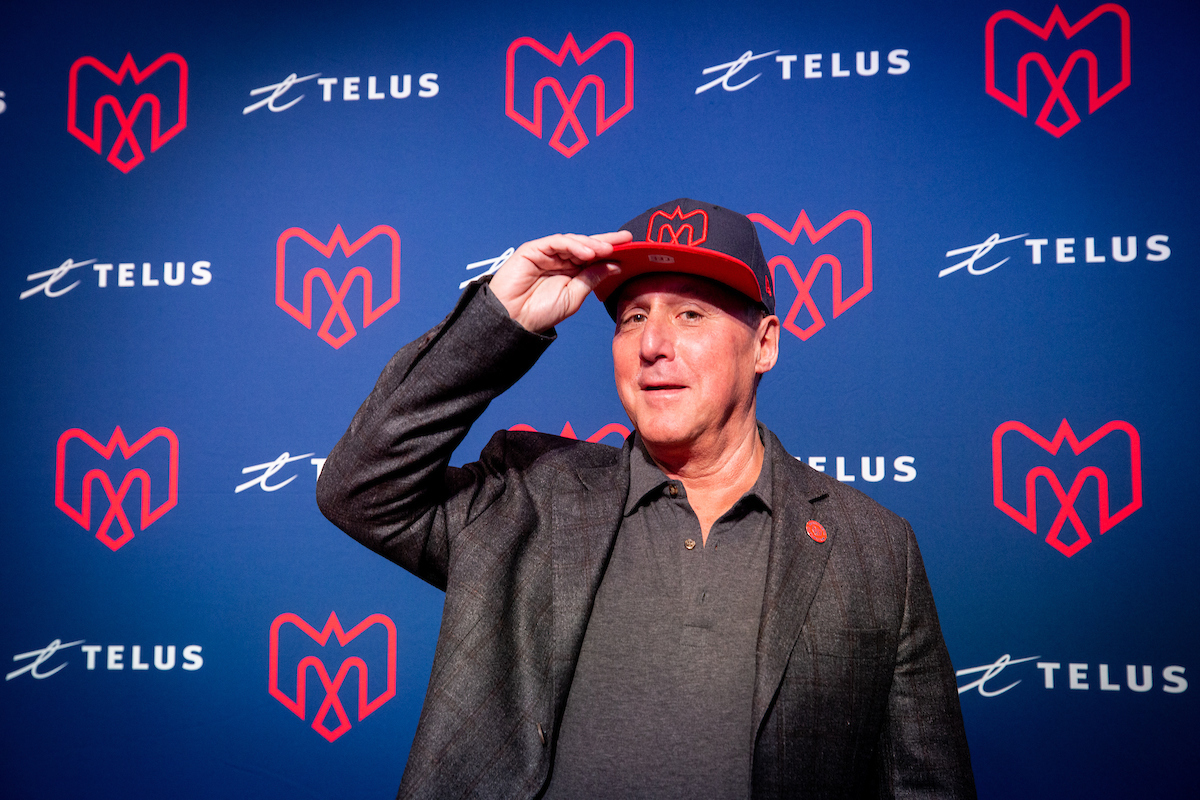 Here are 10 facts worth knowing about our new voluble and passionate owner:

When attending public school growing up, Gary fell in love with sports.

“I was never that great of a student,” he confessed. “My siblings would come home with straight-A report cards, while mine mostly said I had all the potential in the world to be great. The truth is, all I wanted to do was play sports because that’s what I loved and was good at. It was competitive and I was competitive. My heroes were my Phys Ed. teachers and my coaches.”

Gary’s goal was to be like his heroes. He wanted to teach and mentor the youth, to instill in them the values of health and teamwork.

As he entered York University, a newfound interest in politics and economics challenged his mind and eventually made him question his path.

“These subjects would force me to think of how I could make things better. I became conflicted and didn’t know which way to go.”

And that’s when Gary met the love of his life, his wife Julie. He was 21 years old at the time and naturally started having discussions with his father-in-law, Sid Spiegel.

“I always found Sid fascinating. Tough, but fascinating. He invited me into the family business and convinced me to move to his hometown of Belleville. It wasn’t Phys Ed., it wasn’t the major city of Toronto I grew up in. It was a frightening decision to make, but going against everything I knew was my greatest accomplishment.”

After 42 years of being in business with his father-in-law, Gary knows the most difficult decisions are often the most rewarding ones.

“I just want people to believe in our product and be excited,” Gary said following several hours of meetings with the staff.

You see, Gary’s energy is driven by his passion for hard work and he expects the people around him to be the same. His ability to listen and retain information is fascinating. His questions and observations are tough. And tough is probably what the organization needs to keep evolving.

“I’ve always had to prove myself and make sure we made money.”

From the moment Sid Spiegel trusted him with his steel business, Gary understood that he would have to do everything in his power to ensure the success of the thriving company they proudly own today. Mr. Spiegel didn’t just pass down his legacy to his son-in-law. The two built a true partnership over the years, earning a living through focus and dedication. So, while the Alouettes may not become the pair’s most profitable venture, they are fully expected to be in a much better position in two years.

The tandem’s three-year plan is quite simple.

Year one: Give the organization the passion and confidence that we will truly be a great team. Oh, and win the Grey Cup.

Year two: Prove that we will have an organization that employees and players are proud of working for and that people, in general, respect. Share the enthusiasm we have internally with everyone in Quebec. Win the Grey Cup, of course.

Year three: Blossom. And probably win the Grey Cup again. Why not!? 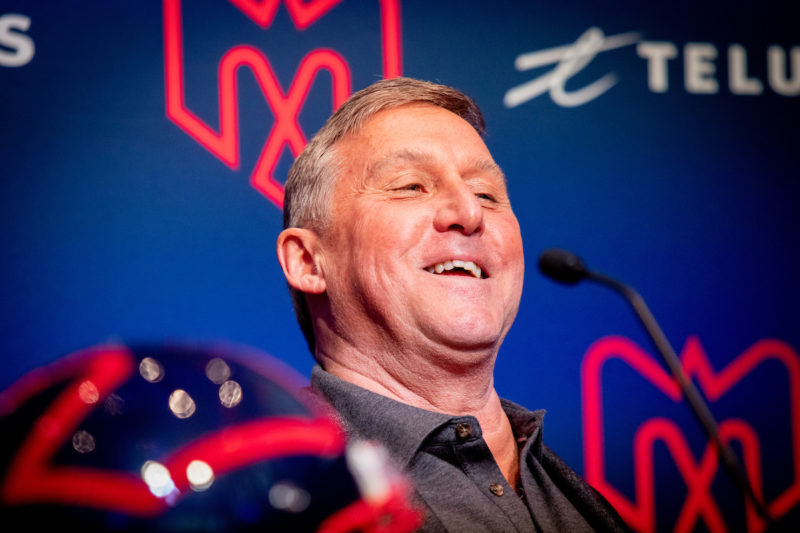 “It’s premature to talk about building a stadium. New practice and training facilities as well as offices that can house all the staff, however, are among our priorities. We ideally want that to happen within two years.”

The health of the organization is dependent upon the health of our players and of our communication processes. Currently, our team doesn’t own a practice field or workout facility.  The players literally have to go the extra mile if they want to lift weights. The staff is working out of two separate offices – one downtown, the other at the Olympic Stadium – which really doesn’t help streamline operations. Bringing everyone together, like one big family, would certainly have a positive impact on several aspects of the business.

And, remember, Sid Spiegel and Gary Stern are also in the real estate industry. Can’t hurt.

Gary’s family would travel to all his brother’s games when he was a middle linebacker for the University of Toronto, including to Montreal’s Percival Molson Stadium. To this day, he cherishes those memories as well as his relationship with his brother.

“My brother made All-Canadian while putting himself through med school. I spoke with him yesterday and he reminded me that we were always the captains of our teams. Although we weren’t the most skilled, we knew what it took to win. We fought for that extra inch.”

Sounds like a perfect fit for the game of inches, doesn’t it?

Sports. He just loves sports. He played hockey, basketball, volleyball, baseball… name it, he’s played it. His favourite Alouettes player of all-time is Sam Etcheverry, although he now has a soft spot for Wally Buono since he’s been so helpful to the team lately. More recently, like many Montrealers, he fell in love with Vernon Adams Jr.

So much so that, at 65 years old, he’s trying to learn French. His assistant, Kristyn, even makes sure he practises the basics every morning. He admits he gets frustrated most of the time, but hey, who actually enjoyed learning the passé composé anyway?

“I think it’s more respectful towards francophones that I continue to speak English instead of butchering their language. I’m going to start by forcing myself to speak French to my staff at our plant in Longueuil. For now, I can order a Coke diète.”

The organization hasn’t had a functional Board of Directors for some time now, but Gary intends to correct the situation by tapping into his well-established network. The group would include influential people from different industries, including women (and that deserves to be pointed out in our world), who will each bring different opportunities and perspectives to the table.

Good for you if you got to this point of the article, but that’s all I know for now. Stay tuned, fans. Stay tuned…