The Best is Yet to Come

The Best is Yet to Come

2019 has been one heck of a roller-coaster ride. A busy, fun and entertaining ride filled with ups and downs, driven by one constant: the appreciation for Khari Jones. The minute he was given the keys of the locker room, the new interim Head Coach switched up the vibe. The players had the utmost respect for him, and it showed. Yesterday, Vernon Adams Jr., DeVier Posey, Malcolm Carter, Greg Reid, Félix Faubert-Lussier and Shaquille Murray-Lawrence all attended the End of Season Press Conference anxious to hear if their beloved coach would be back in 2020.

After an eloquent speech, Patrick Boivin answered the killer question: “We have every expectation that Khari will be here next year and we’re working as if it was happening. It’s down to the details and he also has the same expectations.” 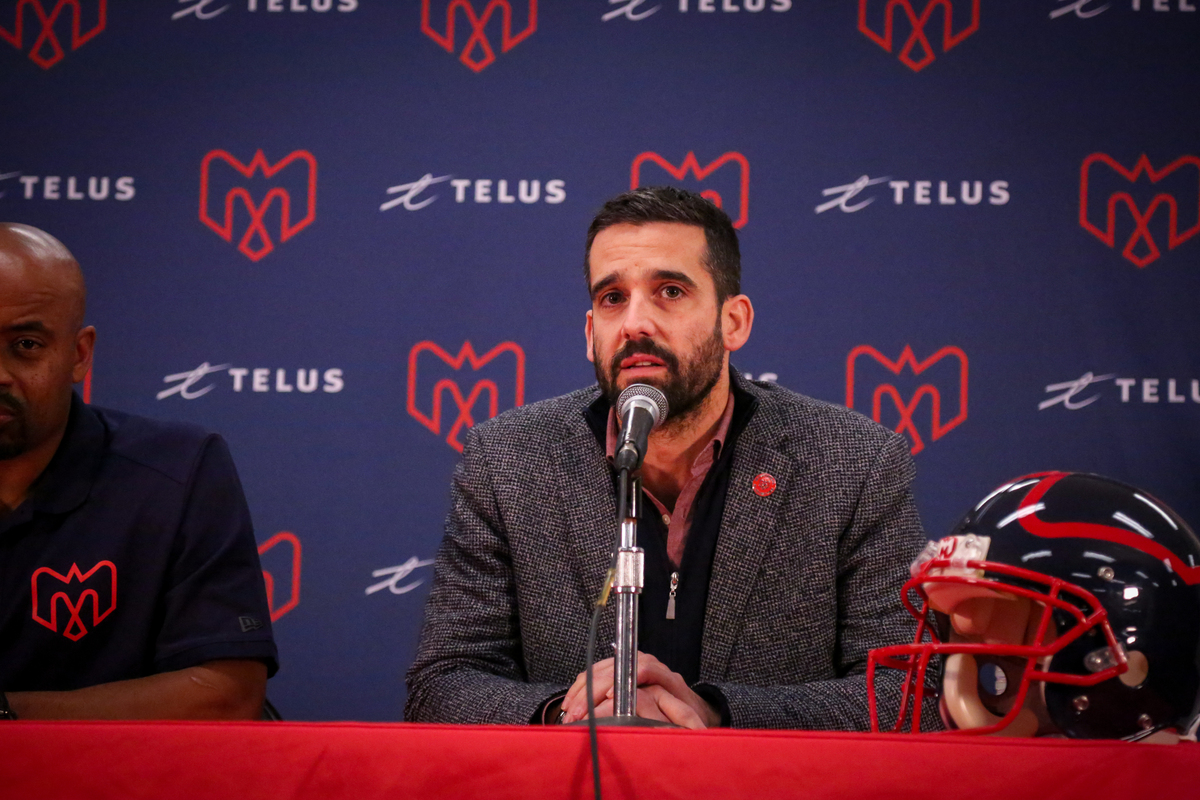 So, the deal hasn’t been sealed yet. Disappointing? Maybe. Dramatic? No. Both men are on the same page, determined to leave for the Holidays with a clear mind.

“January 1st might be too late,” Khari Jones told the media inquiring about whether or not he would consider a position in BC, closer to his family, if the Lions called him at the start of the new year.

While some may think the organization should have pressed for Khari’s contract renewal to be completed weeks, maybe even months ago, Patrick Boivin held on to his plan as long as he could. Our President felt strong about doing the right things in the right order. And can you blame him? After several years of continual turnover, an orderly approach was the way to go. In that sense, earlier in the season, Patrick told the press he was still hoping the team could have an owner and a GM in place before engaging in a discussion with the Head Coach. But he also said the narrative would change if the situation wasn’t settled come the end of the season. 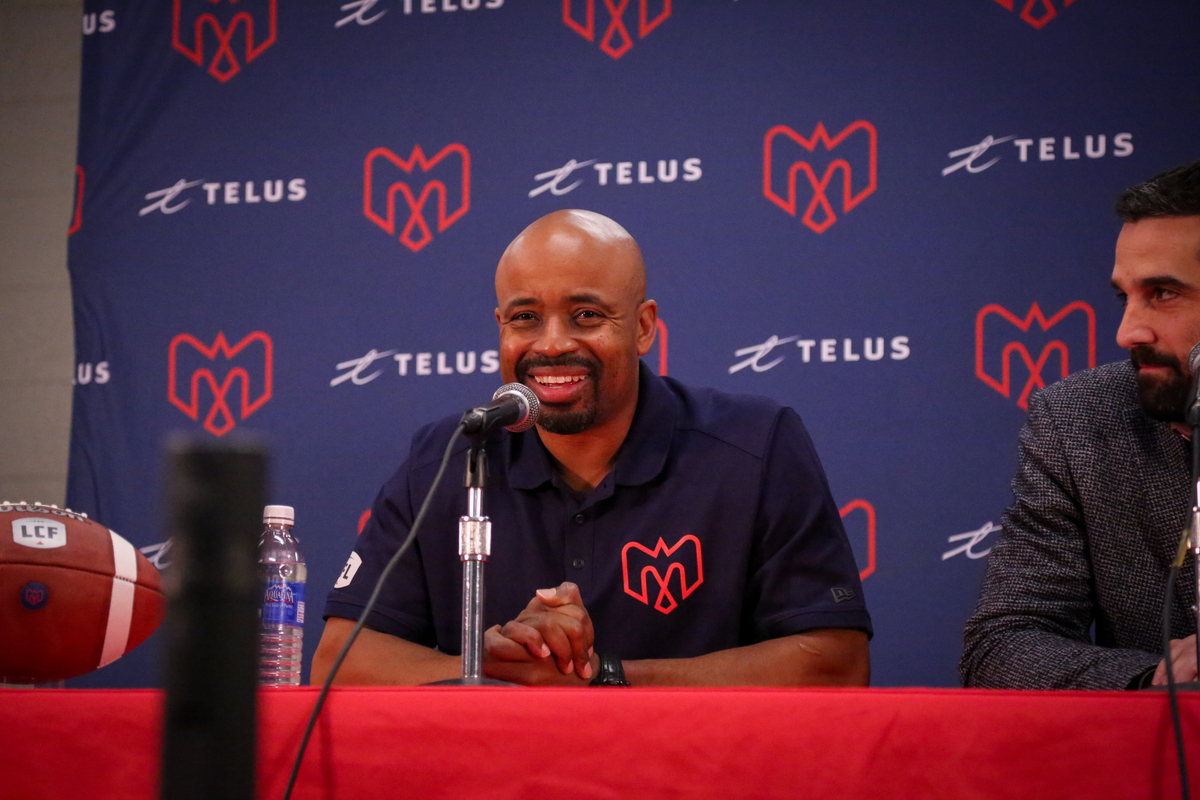 So, here we are now, at the end of the season, and the negotiations have been going full throttle for some days now. Both Khari and Patrick agreed to take a break to focus on the playoffs, but went right back to having deep conversations about their vision for our team following its loss on November 10.

“We’ve been having some very real discussions about the type of people that could come and help us. We talked about our set of values and the structure we aspire to put in place.”

With Khari Jones in the driver’s seat, the team made unexpected progress. It delivered big time football. It made us all believe. The fun was back at McGill’s Stadium! As a matter of fact, our games were so much fun that the ratings on RDS have gone up 20% and, for the first time in seven years, we anticipate that the number of season ticket holders will grow for 2020. Of course, our success can be attributed to numerous factors, but Khari Jones’s positivity and indestructible belief certainly transpired the most. And the man wants to be here. He wants to keep building on the foundation that was laid.

“I love this team, I love this city. I think we placed enough building blocks to make a nice long run. I want to be where I’m wanted.” 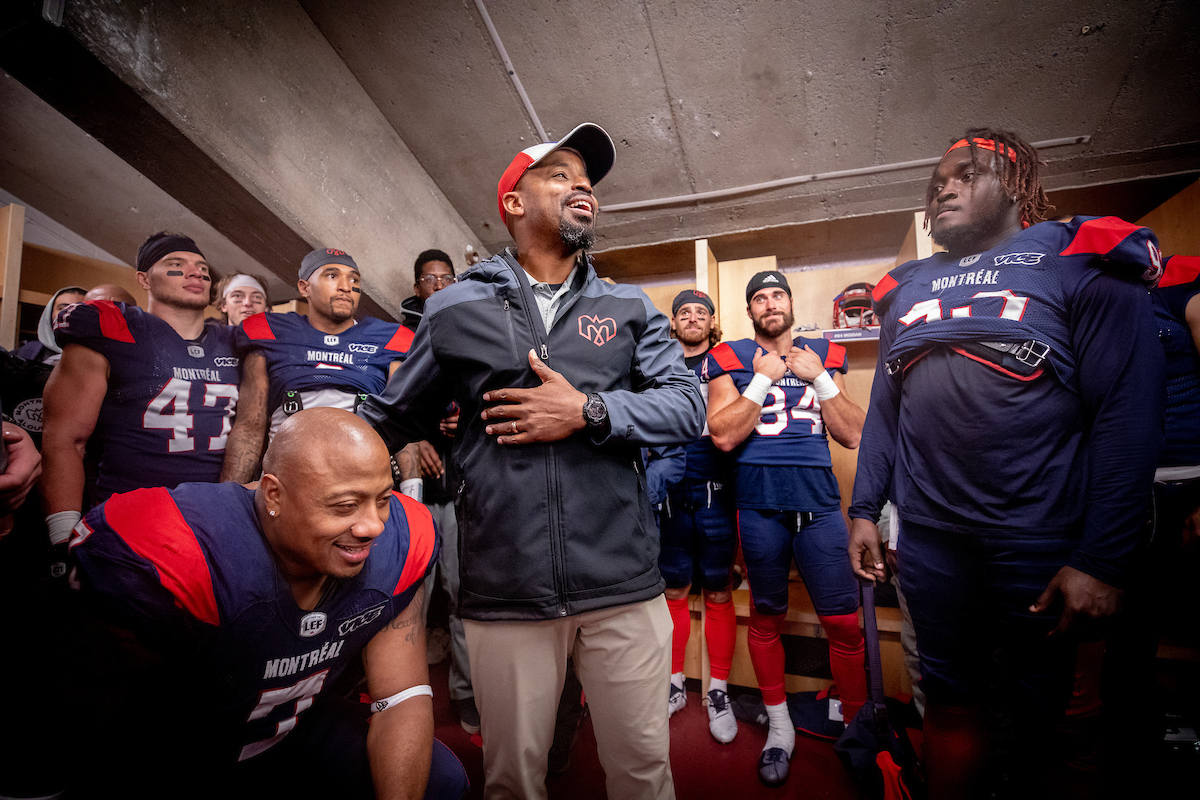 Although the contract is still in the process of being finalized, we can all be certain, after yesterday’s press conference, that the entire organization, as the fans, wants to keep moving forward. As Patrick Boivin put it, we are not rebuilding anymore, we are progressing. Continuity and stability are essential to what we want to accomplish, but also for our team’s DNA. The goal is not to create another rupture, but to build the bridge that will lead us into 2020. We’ve come such a long way since the 2018 End of Season Review. We’ve launched a new logo, we’ve defined our new identity and, mostly, we’ve embraced it. We’ve reignited our pride and we owe it to all of you to keep it alive.