Where, when, how and why? The East Division semi-final explained in three easy steps!

Where, when, how and why? The East Division semi-final explained in three easy steps!

It’s possible that you weren’t following the Alouettes’ exploits this season. We won’t hold it against you. Well, at least not too much. What’s important is that you’re with us in the upcoming weeks as our Als will be participating in the playoffs for the first time since 2014. If you’re only just now jumping on our bandwagon and experiencing the thrilling ride that the 2019 season has been, this column is tailor-made for you. Here’s a summary of what’s brought us to the upcoming East Division semi-final to be played Sunday, November 10 at McGill stadium against the Edmonton Eskimos.

On June 8, less than a week before the regular season was set to begin, the Alouettes named a new head coach. Well, not quite “new,” as Khari Jones was already the team’s offensive coordinator. Khari’s CFL experience, both as a player and as part of a coaching staff, helped to immediately establish both the tone and the spirit of the lockerroom as the players immediately came to grasp the vision of their new leader.

2-Second place in the East Division

Against all odds, our Alouettes finished the season with a winning record. That means the team had more wins than it did losses. After 18 regular season games, 10 ended in the team’s favour. Whether playing at home or on the road, our Alouettes surprised more than a few people, with a case in point being two wins against Calgary (second-place finishers in the West Division).

Keeping in mind our team’s record in each of the four previous seasons and the tumultuous start to this year’s regular season campaign, few people held out much hope for the Alouettes to win more than three games this year, let alone making the playoffs. However, not only did the team qualify for the playoffs, but our 10 – 8 won / loss record was its best performance since the 11-win season in 2012. We were the best underdog story of the year… maybe even the decade. 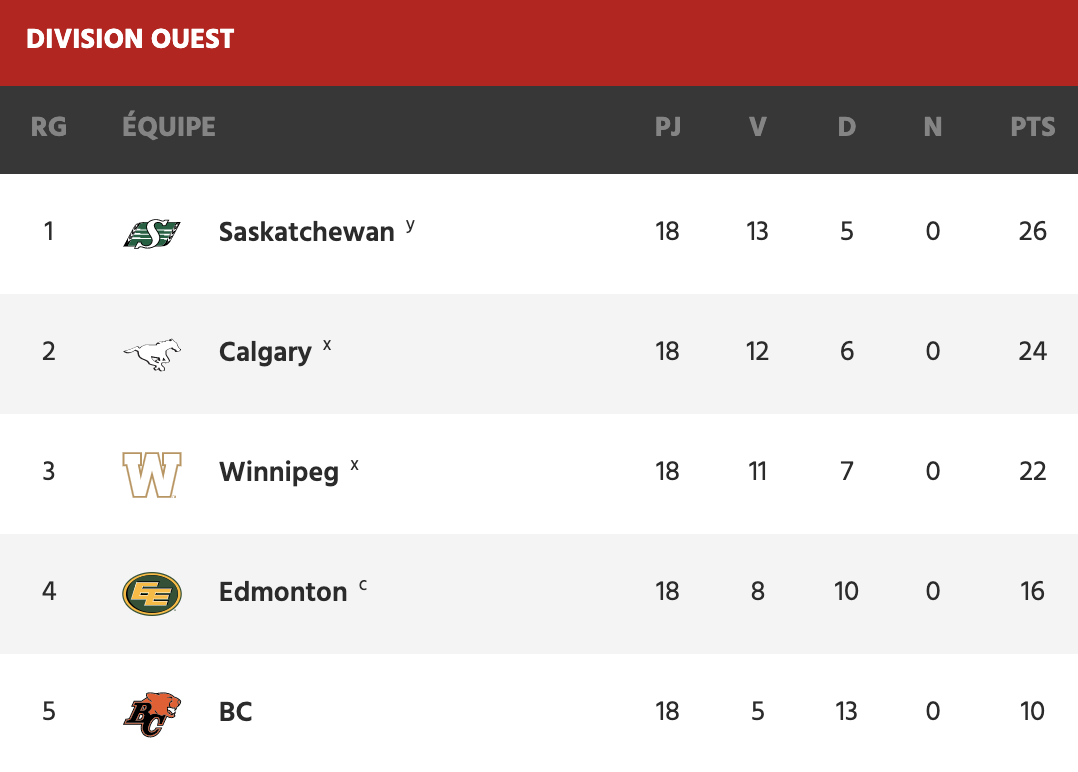 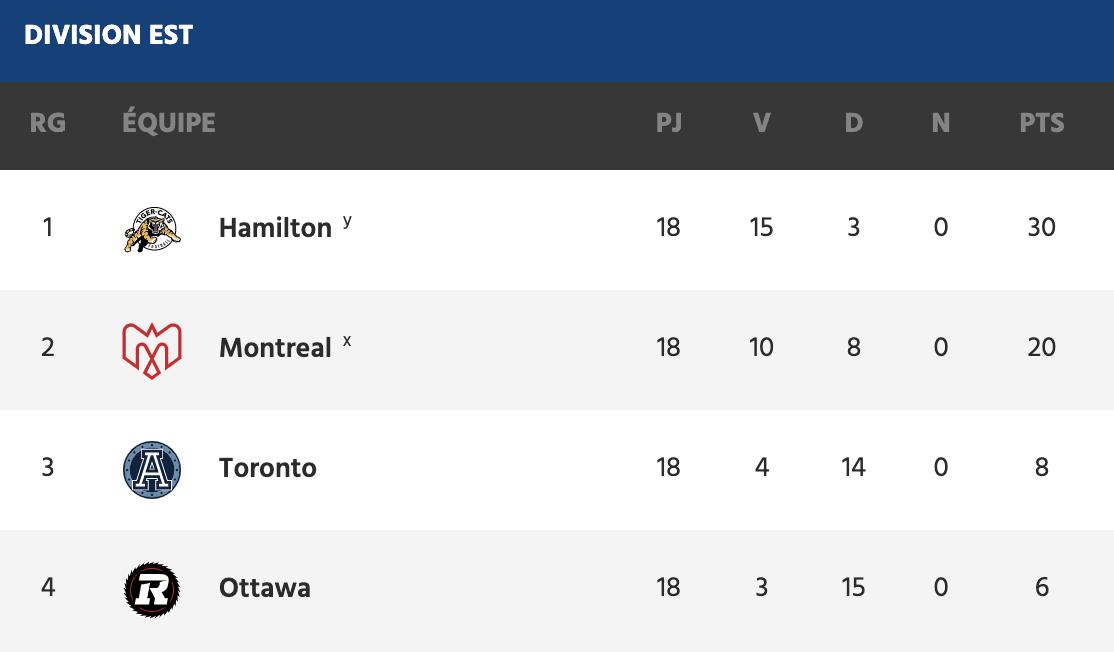 There are two divisions in the CFL. The East Division consists of four teams, and the Alouettes are one of those teams. This season’s East Division final standings had the Hamilton Tiger-Cats atop the division, followed by the Alouettes in second place, the Toronto Argonauts in third and the Ottawa REDBLACKS occupying the fourth and final spot. The West Division has five teams: the Saskatchewan Roughriders finished first, followed by the Calgary Stampeders in second, the Winnipeg Blue Bombers third, the Edmonton Eskimos in fourth place and the British Columbia Lions finishing last.

The teams with the best record in each division – the Hamilton Tiger-Cats and the Saskatchewan Roughriders this year – qualify for their respective division’s final playoff game and therefore skip having to play in a semi-final match-up. But here’s the tricky part: Theoretically, the teams that finish in second- and third-place in their respective divisions should play in the semi-finals, yes? But it’s not quite as simple as that. The second-place team automatically qualifies for and hosts the semi-final game. That’s us this year. The third-place finisher in the East Division, however, does not automatically qualify for the playoffs. As there are only four teams in the East Division, the record of the fourth-place team in the West Division is also taken into account. This year, the Edmonton Eskimos had eight wins compared to only four victories for the Toronto Argonauts (who finished third in the East Division). Therefore, the Eskimos found themselves becoming the “crossover” team and will travel to Montreal. 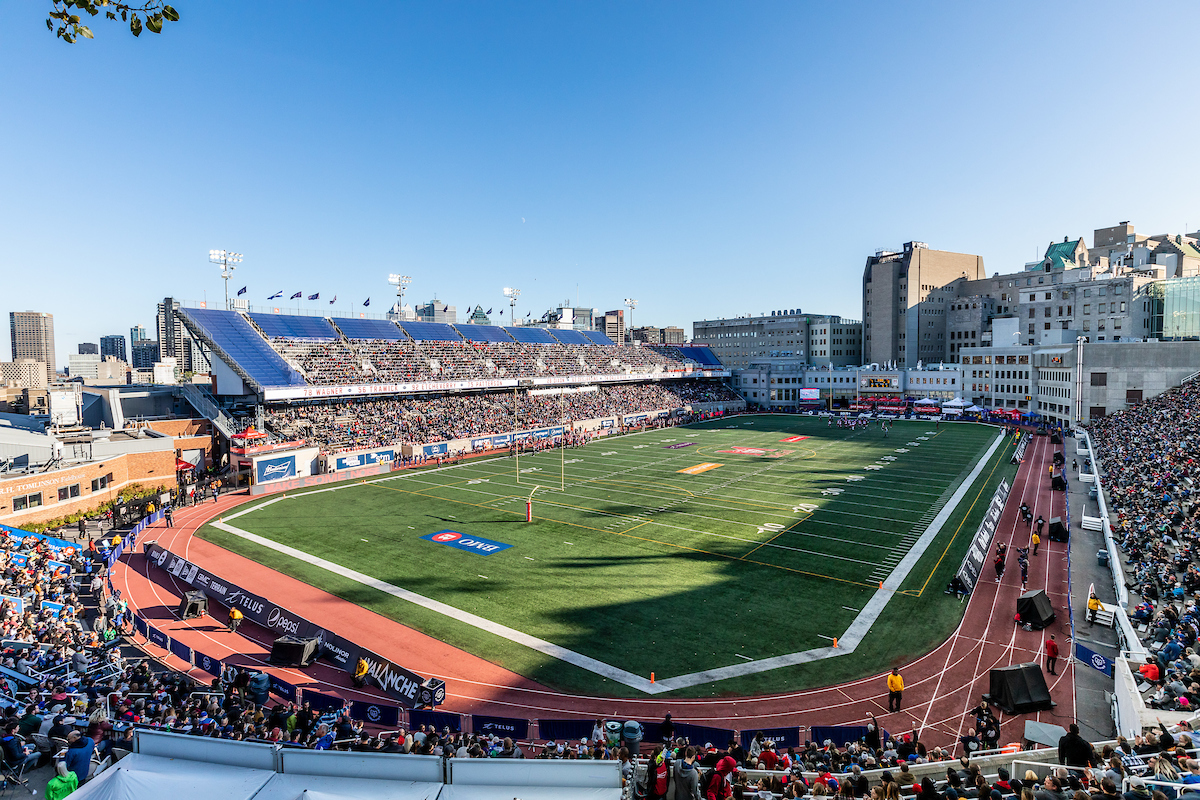 O.K.! Now that you are up-to-speed, you’re ready to come and celebrate with us this Sunday, November 10 at McGill stadium!