If adversity is the fuel of greatness and growth, yesterday’s game in Winnipeg was certainly a good learning experience for our Alouettes. While nobody enjoys losing – ever -, this loss may not have been so ill-timed. After falling short 35 to 24 against the Bombers, the team will go back to the drawing board with nearly a month to make the necessary adjustments before the Eastern semifinal. Like only a great quarterback would do, Vernon Adams Jr blamed himself for the outcome. Head Coach Khari Jones, however, was a little easier on him, reminding the media that his QB has yet to complete a full season as a starter.

“He’s still young. He still doesn’t have a season under his belt,” he said. “He was able to avoid this type of game so far, but they happen. He just had a bad game.”

Our exciting Vernon Adams Jr has made his share of risky throws throughout the season, forcing plays on numerous occasions. And it had worked to his advantage, until yesterday. Almost every time, the ball would land precisely at the right spot or our receivers would fight to get it.

“I don’t think you can have too much faith. These are my guys, we go to work every day and I’m going to trust them to make those plays,” Vernon said of his teammates.  “I can give them a better ball, not behind or short.”

But if our Alouettes weren’t able to come out on top, it’s also because the Bombers made big plays in critical moments. They deserve the credit. Winnipeg’s secondary gave our offence a hard time, even when Vernon made the right choices; four interceptions – all in the second half – cost us some important offensive drives. Still, like every week, we very much believed our team could make a comeback. With a little more than eight minutes on the clock, our Als were trailing behind by 14 points when Boseko Lokombo made a key pick that should have given the offence some momentum. Unfortunately, two plays later, Vernon was picked off when trying to connect with Jake Wieneke in the end zone.

“It was a bad throw and a bad decision,” our QB admitted.

The timing is perfect for our guys to learn from their mistakes. With four weeks ahead of them before the Eastern semi-final, they will have more than enough opportunities to get rid of their bad habits before the big game. Nevertheless, they were ready to show their opponents what they had in store regardless of the brutal prairie weather. A group of them even came out of the locker room with no shirts on for the warmup. Cold? What cold? Weather can’t be an excuse in this league and nobody on this squad intended to use it. 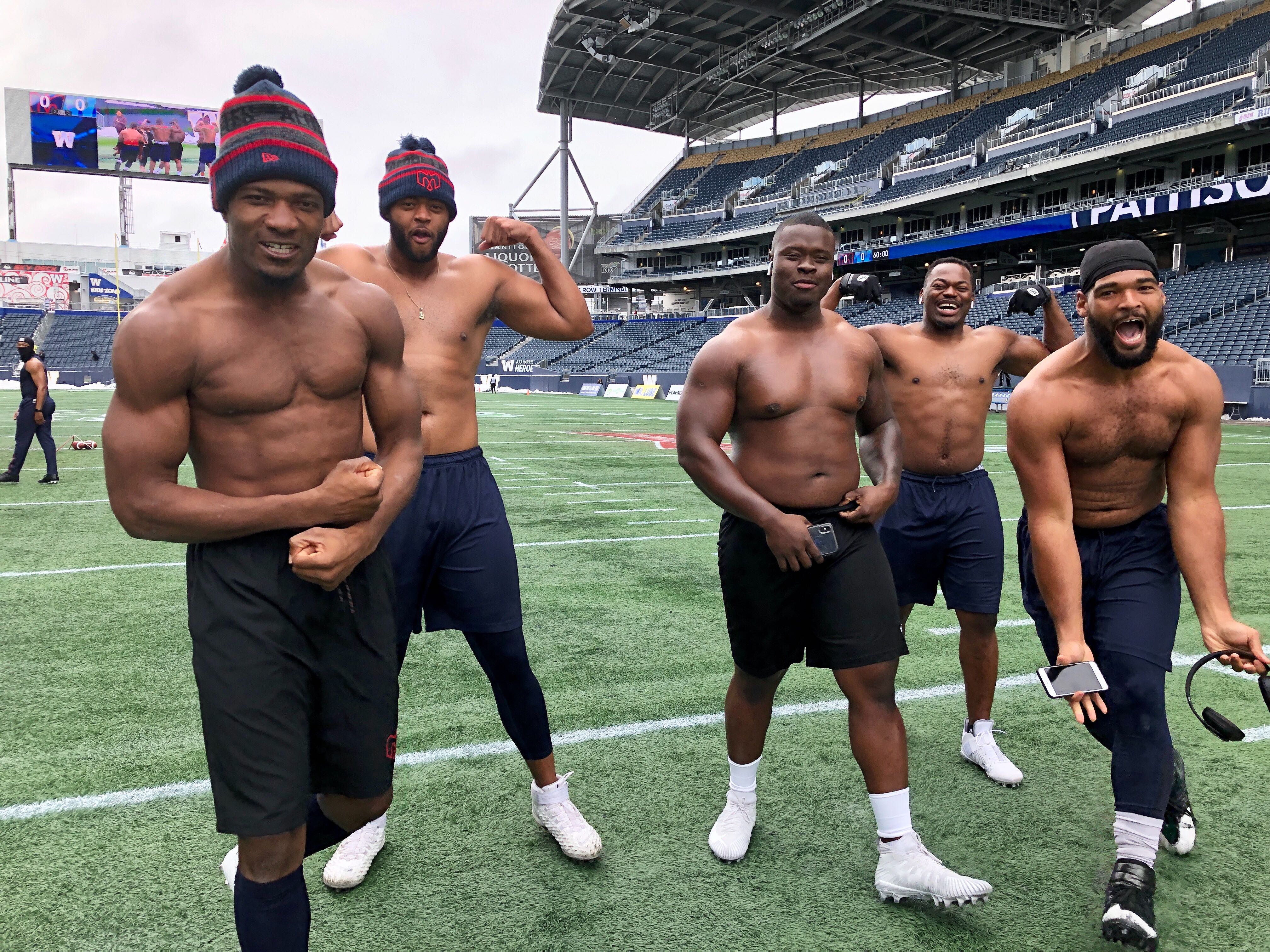 What we expected to be a run fest ended up being a pretty well-balanced game on our end, although fans had to wait until the third quarter to see Jake Wieneke score the first offensive touchdown. In the meantime, the special teams and defence kept us in the race. After 10 minutes of action, Mario Alford became the first returner in Alouettes history to score a touchdown at each one of his first two games. Once again, the Georgia-native showed off his tremendous potential with an impressive 90-yard run. His explosiveness is becoming a serious asset for the return team that, until now, might have been missing that spark.

On defence, defensive backs Tommie Campbell and Boseko Lokombo both did their share to help the offence gain momentum in key moments. Capping off the first half, Tommie stole a ball thrown to Darvin Adams in the end zone; a turnover that could have really turned things around. The same goes for Boseko’s pick in the fourth quarter. Instead the Bombers got the best of us by, once again, heavily relying on their run game. Andrew Harris and Chris Streveler had the time of their lives, carrying the ball on 166 and 64 yards respectively, even though we knew that’s what they would try to do. It’s what they always do. Plus, the colder it gets, the more teams utilize their ball carriers. Bob Slowik’s crew will certainly have to step up that aspect of its game prior to the playoffs. 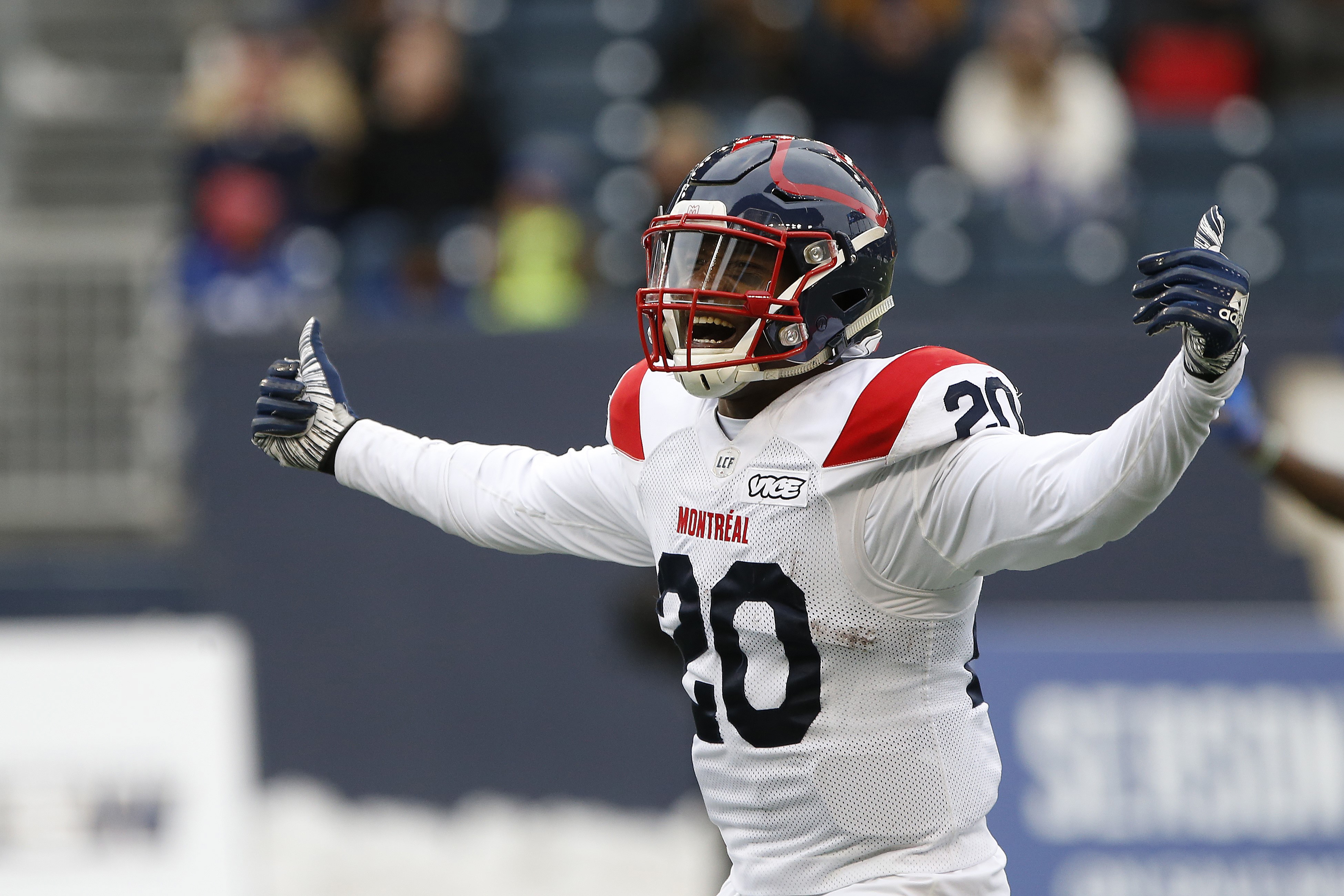 Although the second half didn’t turn out to be as exciting as most of our finishes this season, our Alouettes proved once again that they are not going away so easily. With less than a minute to play, the Vernon Adams Jr/Quan Bray duo executed a 37-yard play for a touchdown. Too little too late, but it was beautiful to see them fight until the last second.

Our Alouettes will be back on home turf on Friday, October 18 to face the Toronto Argonauts, a team that is officially out of the playoff race, and take advantage of another opportunity to perfect their art before the big game on November 10.