Another down-to-the-wire win for our Als

Another down-to-the-wire win for our Als

They did it again. Our Als won a third consecutive game last night. It wasn’t as crushing of a win as we hoped it would be against the struggling Lions, but like Toronto, BC certainly has more to show for than their record. It came down to the wire – since that seems to be our trademark this season -, to John Bowman sacking Mike Reilly for a loss of 8 yards with 17 seconds to play, followed by a turnover on downs. Game. 21-16 Alouettes. Another W for the team, another heart attack for the fans.

« “It was great to see John get those sacks and see how active he was in there. I’m almost OK with not getting the first down, just so he could get another sack,” said Head Coach Khari Jones laughingly about the high-pressure finale.

Prior to John getting to Reilly for the second time in the game (S/O to our veteran Defensive End who now has 130 sacks, the MOST in Alouettes history), Vernon Adams Jr had fumbled the ball on a QB sneak, creating a turnover at BC’s 27-yard line with less than a minute to play. Now this is what happens when you have a QB who does everything. You have to take the good with the bad. Vernon is the type of athletic prodigy who masters pretty much every single skill needed to play football – he can throw, he can run, he can scramble, he can even catch, and he is also comfortable taking risks. Sometimes it works, sometimes it doesn’t. With the help of his o-line, he managed to sneak successfully three times, twice into the end zone, giving us the lead after the first half – finally.

The fourth sneak was a bust. Fumble. It happens. In Moncton, he nailed that throw to Quan Bray as part of the double (or triple) reverse. It was an incredibly gutsy play and it worked. Last night, Vernon took another risk at the end of the second quarter and it didn’t turn out as good. On first down, with 30 seconds on the clock, he attempted a deep pass in the end zone and got picked off. We all wondered why he didn’t keep it simple as the team was already in field goal range, but that’s VA and that’s why he’s so exciting to watch. You have to take the good with the bad.

“I think he went for a little too much there. If you make a better throw, it’s OK, because I think he was open. But I think the most important there was that we got points, not necessarily a touchdown. We might have gotten away with these situations a little too much lately, but in this game we didn’t. We’ll talk about it and work on it,” said Khari Jones who didn’t seem overly worried about his QB’s decision.

Nevertheless, Vernon Adams Jr managed to carry the offence to a win and that’s what matters. Especially that his 5-year-old son Kash was in the stands watching. 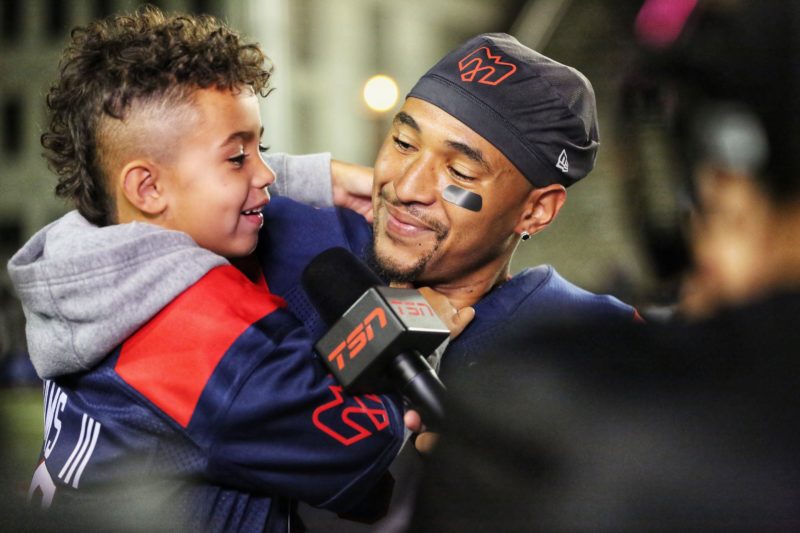 After the interception, the energy went down, at least on offence. The Lions booted us off the field with three two-and-outs in the third, and kept the ball the rest of the time. Luckily, the defence did an amazing job, bending but not breaking a single time in the 12 minutes it was on the field. 12 minutes in one single quarter. No wonder these guys are having trouble walking the next day. Greg Reid and Boseko Lokombo, who’s balling out at safety, both led the team in tackles with a total of six each.

Week in and week out, Bob Slowik’s defensive squad shows how much heart it has. There was no way these guys were letting a couple mistakes get in the way of our win.

Receiver DeVier Posey also knows a thing or two about bouncing back from mishaps. The WR turned slotback made clutch catches in the middle to get the chains moving, despite having two tough drops. His 24-yard gain in the second quarter preceded the first touchdown, and his 27-yard gain in the fourth could have led to the closing one had the ball not been fumble. 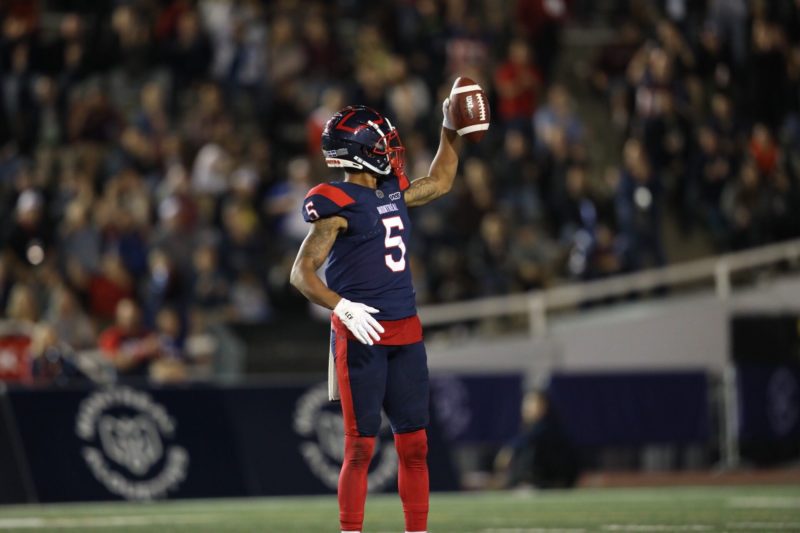 Once again, the run game was quite efficient. Will Stanback looked absolutely great out there, plugging the yards and powering through the BC defence. Our beast of an RB finished the game with 15 carries for 78 yards and two catches for 55. He’s definitely back in business and we’re definitely psyched about it. 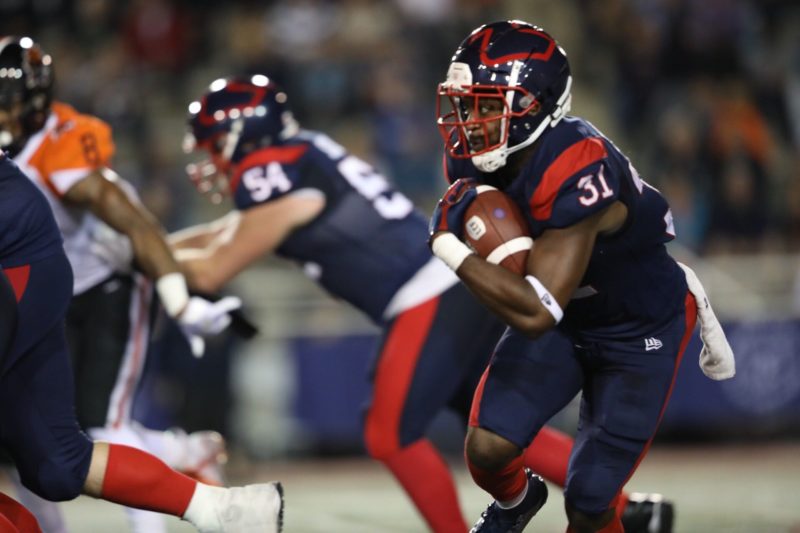 Quan Bray’s sticky fingers came in handy again as he was three for three, catching the touchdown pass that sealed the deal in the fourth quarter. The speedy receiver said the team was going to make a statement last night. He was right. Although it wasn’t our most impressive or exciting win so far, it was an incredibly crucial one. After falling short against Ottawa and Saskatchewan at home, the team had to win in front of its crowd. It also had to show it could take on any kind of opponents, especially those who have nothing to lose. They’re usually the tricky ones.

Now that it started the second half of the season the right way, the team will keep its positive mindset entering an intense five-game stretch against West Division teams. First up: the Saskatchewan Roughriders whom we lost to partly because of Mother Nature. Remember that? We bet you the guys aren’t entirely over it.