Tomorrow, our Alouettes are facing a team that’s been struggling to keep its head above the water this season, the BC Lions. Nonetheless, the West Coast squad should not be underestimated. With Mike Reilly under centre, the Lions have dangerous fire power, having shown that they can do a lot of damage through the air. Here are three things you should know to appreciate this Budweiser Friday Night Lights even more:

1-The Beast is Back!

Our running back Will Stanback luckily came out unscathed of the game in Moncton, playing only a couple of minutes at the end of each quarter. Cautious and, mostly, smart, his coaches wanted to make sure he had entirely recovered from his heel injury before really putting him back in there. Mission accomplished : this week, at practice, Will seemed like he was 100% (maybe even a little more considering he’s so eager to play). Although he has only played for a little more than six games, our ball carrier still stands in fourth place for most rushing yards in the league. His 6.57 yards per carry average also says a lot about his ability to break tackles. Paired with Jeremiah Johnson’s scat, Will’s power completes the arsenal of an offence that saw its passing game evolve greatly (and creatively) in the past few weeks. 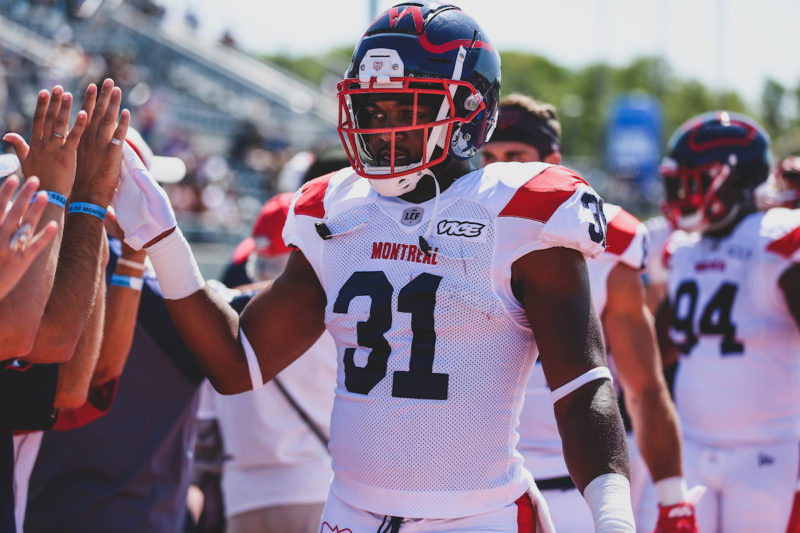 Now that’s a guy who’s happy to be rekindling with a position he hasn’t played in years! Boseko Lokombo switched from linebacker to safety in a jiffy after Taylor Loffler suffered an injury in Calgary. While Head Coach Khari Jones believes he still needs to work on his instincts, Boseko is certainly coming through all right for someone who just went from a back-seat linebacker to a primary role on the secondary. He hits hard, he’s reactive, he possesses all the qualities of someone who could do some damage in coverage. The proof is that Boseko led the team in defensive tackles in the game against Toronto, his first at safety. He, as well as the entire DB squad, will play a crucial role in stifling the Lions offence. When not stopped by a QB sack, their offence is capable of rapidly moving the chains. Let’s not forget that, despite the team’s setbacks, Mike Reilly is third in the league in passing yards. 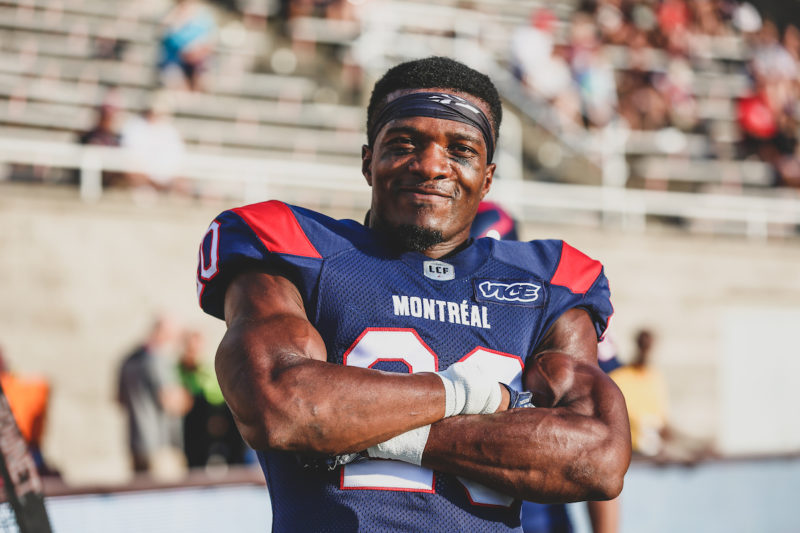 3-The D-Line Could be Having Lots of Fun

We don’t wish to see harm done to Mike Reilly, but we must admit that the season has been quite rough on him so far. The Lions are by far the team allowing the most sacks (43 since the beginning of the season) and, well, we know a guy who’s truly a master at taking quarterbacks down. The one and only John Bowman will be playing his 224th career game tomorrow, which will make him up to par with Ben Cahoon in fourth place for most games played in the history of the Als.

While our D-Line hasn’t been particularly aggressive so far in terms of QB pressure, this matchup could be its opportunity to really bring the heat. According to Head Coach Khari Jones, the defensive front has, however, been holding it down since the start of the season. “I see guys who have a hard time walking after games because they worked so hard. I would like more sacks, of course, but I’m not too worried because that’s not their only job.” 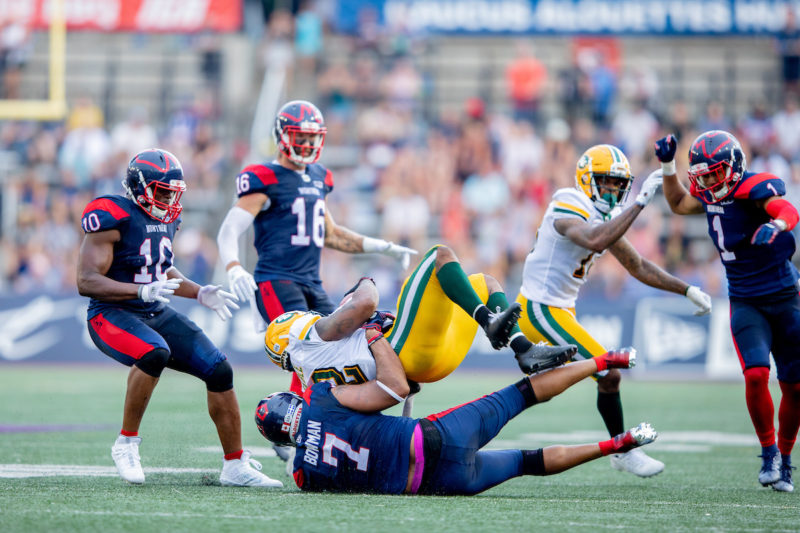 Although the Lions’ record features only one win, some of their losses – notably against Hamilton and Calgary – were hard-fought battles. It certainly won’t be over until the 60 minutes of football are over. Be there for every single one of them!